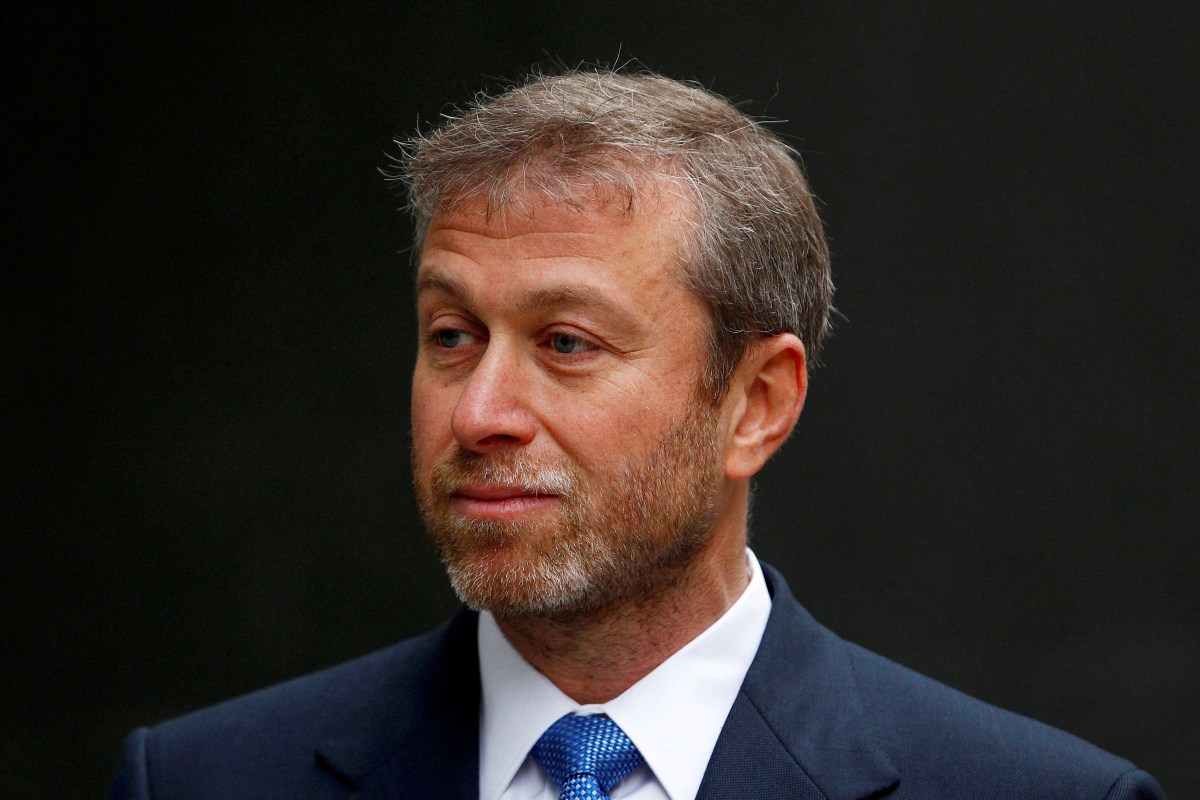 LIZ Truss today warned sanctioned oligarchs including Roman Abramovich they may never be able to return to Britain.

The Foreign Secretary said there will be “a reckoning” for those who “supported Putin” even if the war ends.

And she suggested the assets of wealthy Russians which have been frozen could be put towards the rebuilding of Ukraine.

She today vowed Britain will go further by targeting more oligarchs with sanctions in the very near future.

Ms Truss said there are “more individuals on our list” and urged the EU to go further in whacking Russian banks.

And she called for a wider international effort to make sure there is “nowhere for these oligarchs to hide”.

She said there should be “no where it is legitimate for them to live their lifestyles, have their yachts or planes”.

Mr Abramovich scrambled to sail two super yachts worth a combined £1bn out of EU waters yesterday before sanctions hit.

He was also spotted at Tel Aviv airport shortly before his £49m Gulfstream jet left for Moscow, via a stop in Turkey.

Takeoff came hours after Israel vowed it wouldn’t be used to circumvent Western measures against Russia.

Ms Truss was asked under which circumstances the Chelsea owner, 55, would be allowed to return to the UK.

She said: “We’ve put these sanctions on because of the appalling war that Putin has unleashed.

“We need a positive settlement for Ukraine that guarantees Ukraine’s sovereignty and territorial integrity.

“And who knows what might happen after that? Clearly, Ukraine has already been devastated.

“We’ve seen the appalling scenes in the cities across Ukraine, and there will need to be discussions about how the rebuilding is paid for.

Pressed on whether that meant Mr Abramovich could return once the war is over, she replied: “No, I haven’t I haven’t said.

“Even if the war was to end huge devastation has been caused, lives have been lost as a result of this war.

“And there will need to be a reckoning with all the people who supported Putin including Abramovich.”

Asked if oligarch cash could be seized to help pay for the rebuilding of Ukraine, she added: “We’re not ruling anything out.”

The foreign secretary said she fears the war will drag on but that Putin’s invasion is “not going according to plan”.

Last night the latest intelligence showed the desperate despot is trying to recruit foreign mercenaries for his war.

The MoD said the Kremlin was “increasingly seeking to generate additional troops” to bolster its reserves.

Officials said Moscow is struggling to secure its key objectives and occupy the territory it wants as a result.

Russia is sending troops into Ukraine from as far as its Eastern Military District, miles from the border.

And it is seeking back up troops to help it seize Kyiv and hold other military targets.

Putin is even looking to private troops and Syrian forces to backfill its losses, intelligence sources revealed.