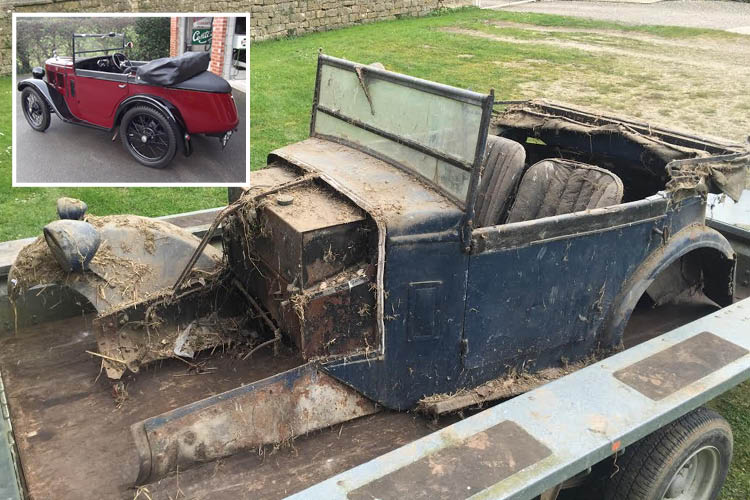 The rare Austin 7 boat-tail tourer has been off the road since it suffered two broken wheel axles in 1958.

It was towed to a workshop in Cheltenham, Gloucestershire, and dismantled and abandoned for three years while the owner left the country.

The Austin owner planned to restore it when he returned to the UK but never got round to carrying out the substantial work.

The rust bucket goldmine sat in the workshop for almost half a century until ten years ago when it was moved into a barn.

Its former owner recently decided to sell the 1930 car at auction.

The years have not been kind to the vintage motor and it was entered into Chippenham auction house Richard Edmonds Auctions with no engine, wheels or rear axle.

What’s so special about an Austin 7 boat-tail tourer? 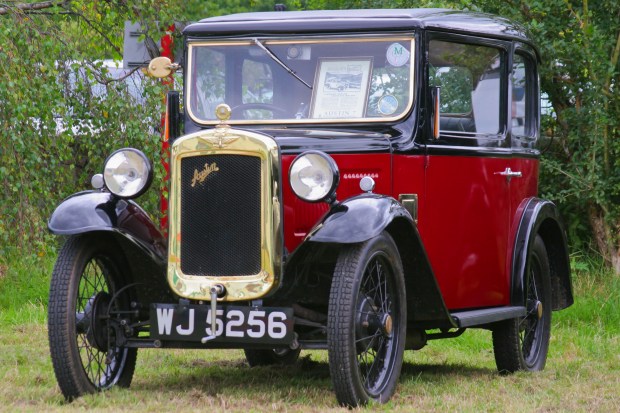 Austin 7s were one of the most popular cars ever produced for the British market at the time and it sold well abroad.

There were several variations, including the rare Austin 7 boat-tail tourer.

Unlike other models the boat-tail version had a distinctive pointy rear.

The vehicles are now extremely rare and working models usually sell for roughly £15,000.

The engines and features of the different version of Austin 7s evolved during its 17 years of production.

However, an “extraordinary” sale resulted in two bidders battling it out – with the winning customer paying £18,500 for the shell.

It is more than the £15,000 price typically paid for a fully restored Austin 7 boat-tail.

Richard Edmonds, who runs Richard Edmonds Auctions, said: “It had no wheels, no engine, no radiator, it really was quite extraordinary.

“I gave the owner the good news and he was delighted as he had been offered £500 before the auction and said no, deciding to keep the Austin in the sale.

“The car is a boat-tail, which is rare for an Austin 7, but it doesn’t take into account the sale price.

“The winning bidder is very pleased. They said they have bought enough parts from us to put together a complete car. I think they would have kept on bidding and bidding, they really wanted that car.

“The room was buzzing at the start and as the bids increased it got quieter and quieter and when the hammer went down there were cheers and applause.”