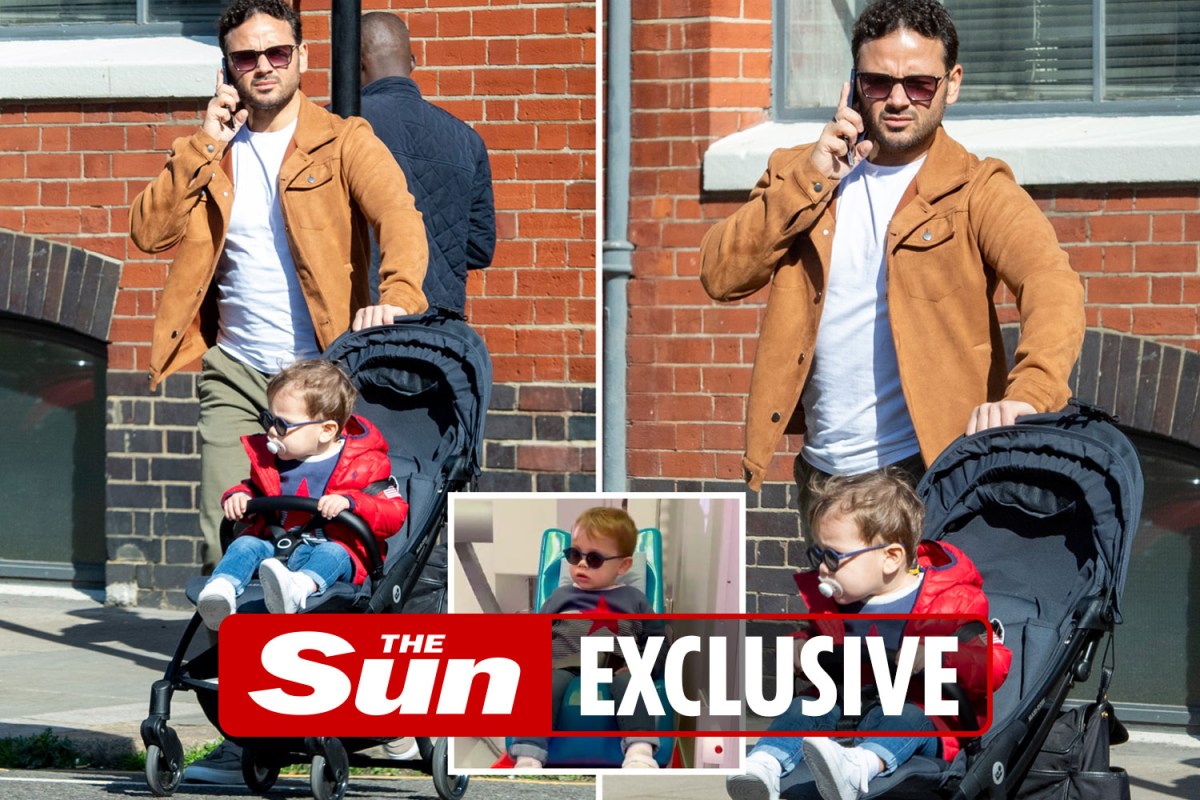 RYAN Thomas has revealed his son Roman is back in hospital after being seen for the first time since his ex Tina O’Brien smashed up his Range Rover.

The young boy was rushed to A&E and taken into intensive care after he was found “blue” in his cot late last year.

Ryan, 37, was seen walking the streets of West London in khaki trousers, a white t-shirt and a tan coloured jacket while pushing his son in a buggy.

He accessorised the look with a pair of stylish sunglasses.

Meanwhile Roman looked cuter than ever in a bright red rain jacket, navy jumper with a star on it and a some jeans.

The tot also had a pair of white trainers and sunglasses on. 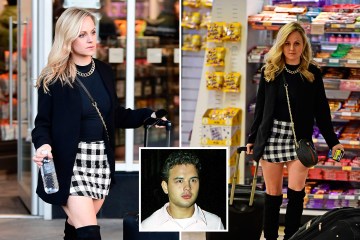 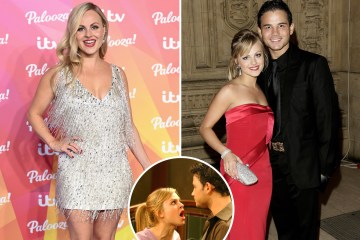 The actor shared a snap of them waiting in a lift together with the caption: “Hospital check up with the king.”

Back in September Ryan and fiancée Lucy Mecklenburgh revealed Roman was found “blue” in his cot and rushed to intensive care.

Former Towie star Lucy described the terrifying moment she found the 18-month-old, describing it as “every parent’s worst nightmare”.

Lucy said: “As some of you may have noticed we haven’t been on social media lately.

“Just over a week ago I found Roman blue in his cot – probably every parent’s worst nightmare.

“WIthout going into too much detail it ended up with Roman being transferred to St Mary’s London intensive care being put on a ventilator.

“Thankfully we are now all home and Roman is back to his cheeky self.”

She added: “Although mentally we as a family may never fully recover, we feel extremely blessed to have our special boy home in our arms and it has truly opened our eyes to all the hardworking superheros working in our hospitals.”

Ryan described it as “scariest time of their lives”.

Fortunately, Roman bounced back a week after he was put on a ventilator while being treated at St Mary’s London intensive care unit.

Reflecting on the traumatic hospital dash, Lucy has since explained that Roman sufferers from something called a “viral induced wheeze” so had been in and out of hospital prior to his latest experience.

Ryan’s outing comes days after his ex Tina O’Brien smashed up his car with a baseball bat after a furious late-night row.

The Corrie actress, who played Sarah Platt in the ITV soap, was alleged to have attacked Ryan’s Range Rover after he drove to her pal’s house.

The dad-of-two accused her of snapping off a wing mirror and scratching the paint work of the car.

One source said: “Ryan and Tina have a fractious relationship. They are not on good terms and that tension boiled over.

“Tina, who was at a pal’s house party, came out into the street to meet him as he drove up. Soon after that his car was damaged with the baseball bat.

“It was quite a disturbing incident and Ryan drove away as soon as he could. They’ve not spoken since and Ryan is furious.”

A source close to him added: “Tina and Ryan barely speak nowadays and this seems to have snapped the fragile thread their relationship was hanging by.”

The pair – who appeared on Coronation Street together – dated for six years until 2009.

The couple got engaged in 2016 after five years together.

Ryan and Lucy started dating in 2017 and got engaged two years later.

They welcomed Roman into the world in March 2020 and in November last year they revealed the happy news they’re expecting their second child.

Tina was seen looking downcast as she was pictured for the first time since their “1am bust-up” London’s Euston station earlier this week.