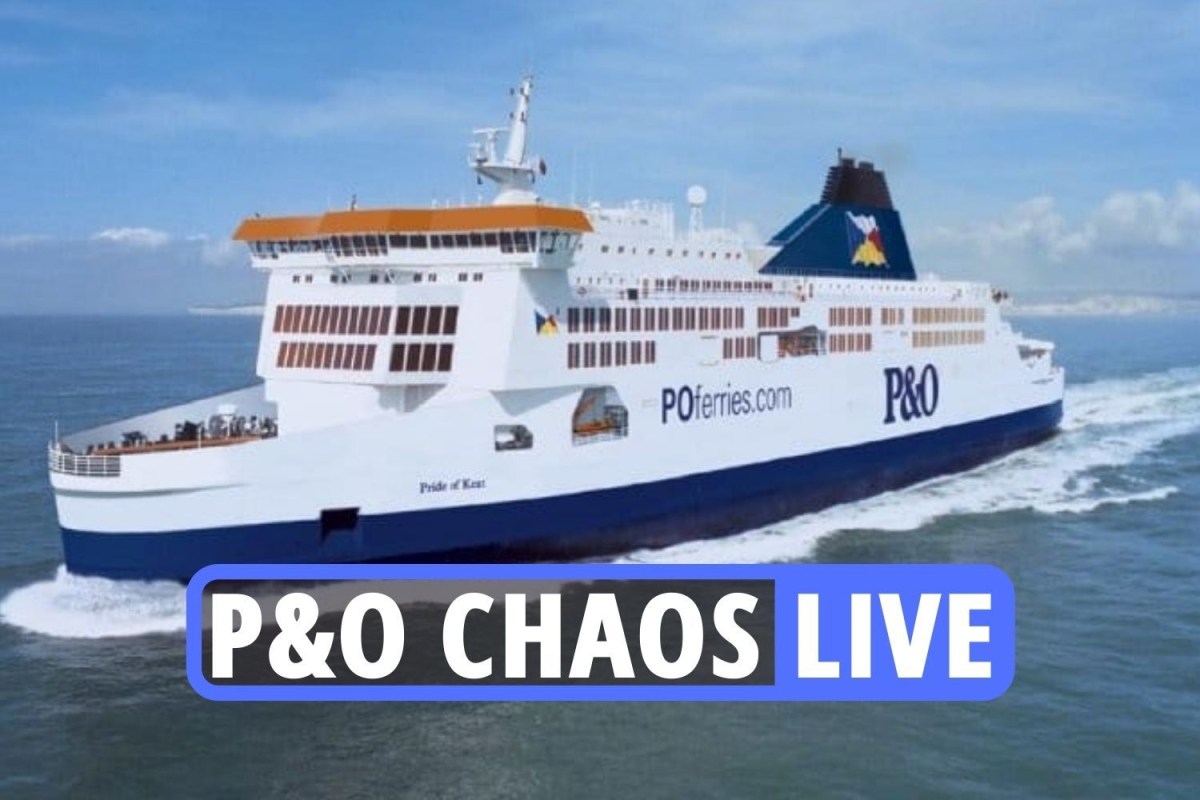 P&O Ferries has sparked outrage after sacking 800 staff on the spot – leaving Brits stranded in France amid a string of cancelled services.

P&O employees were ambushed this morning via Zoom and reportedly given just “five minutes to get their stuff and get off the ship”.

The company has confirmed all 800 staff will be made redundant with immediate effect to plug a £100million black hole.

Many of those fired were refusing to leave ships, leading to security guards with handcuffs being deployed to remove them.

The ferry operator, bought by Dubai-based logistics giant DP World in 2019, insisted the decision to cut jobs was “very difficult but necessary” as it was “not a viable business” in its current state.

Rail, Maritime and Transport union (RMT) general secretary Mick Lynch said: “We are receiving reports that security guards at Dover are seeking to board ships with handcuffs to remove crew so they can be replaced with cheaper labour.

“We are seeking urgent legal action and are again calling for the Government to take action to stop what is fast turning into one of the most shameful acts in the history of British industrial relations.”