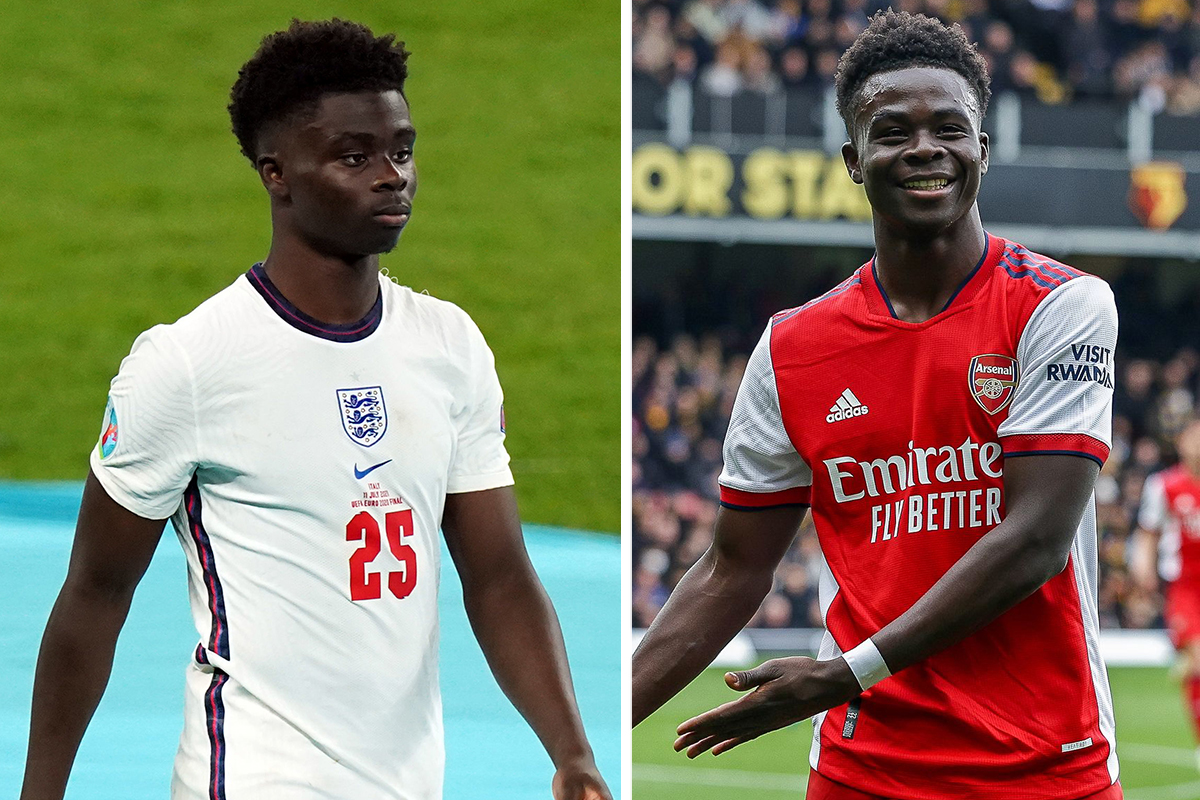 MIKEL ARTETA claimed Bukayo Saka’s penalty heartbreak in the Euros was ‘GREAT for his career’.

Saka bravely stepped up in the penalty shootout final against Italy at Wembley in July.

But the winger was joined by team-mates Jadon Sancho, 21, and Marcus Rashford , 24, in missing, with Italy winning the trophy.

The trio of young England stars were then subject to horrific racial abuse from a section of idiotic fans.

But Saka, 20, has bounced back in fine form this season, with his goal in Arsenal’s 3-2 win at Watford his ninth of the season.

Gunners manager Arteta put the shootout misery as a character-building moment for his young forward.

He said: “I think Bukayo had an experience in the summer that not a lot of players would ever have and I think it was great for his career because the football world showed how much they like him and how much they respect him.

“I think that was a big boost for him to realise in difficult moments that people are going to give him support, and the club did exactly the same as his team-mates.

“Then it’s about giving him that space. What he is already doing is phenomenal and he needs that room.

“Don’t read too much, do what you do. Football is his priority in life and you can see that every day in training and he needs to continue to behave and live the way that he is doing.”

Arsenal moved up to fourth with the win and go a point above Manchester United, still with THREE games over their fifth-placed rivals.

Saka told Sky Sports: “These games we really need to win and we showed we can win like this.

“This is the dream this year to be in the top four and qualify for Champions League football.

“We have to stay humble and focus for now, and speak about it at the end of the season.”