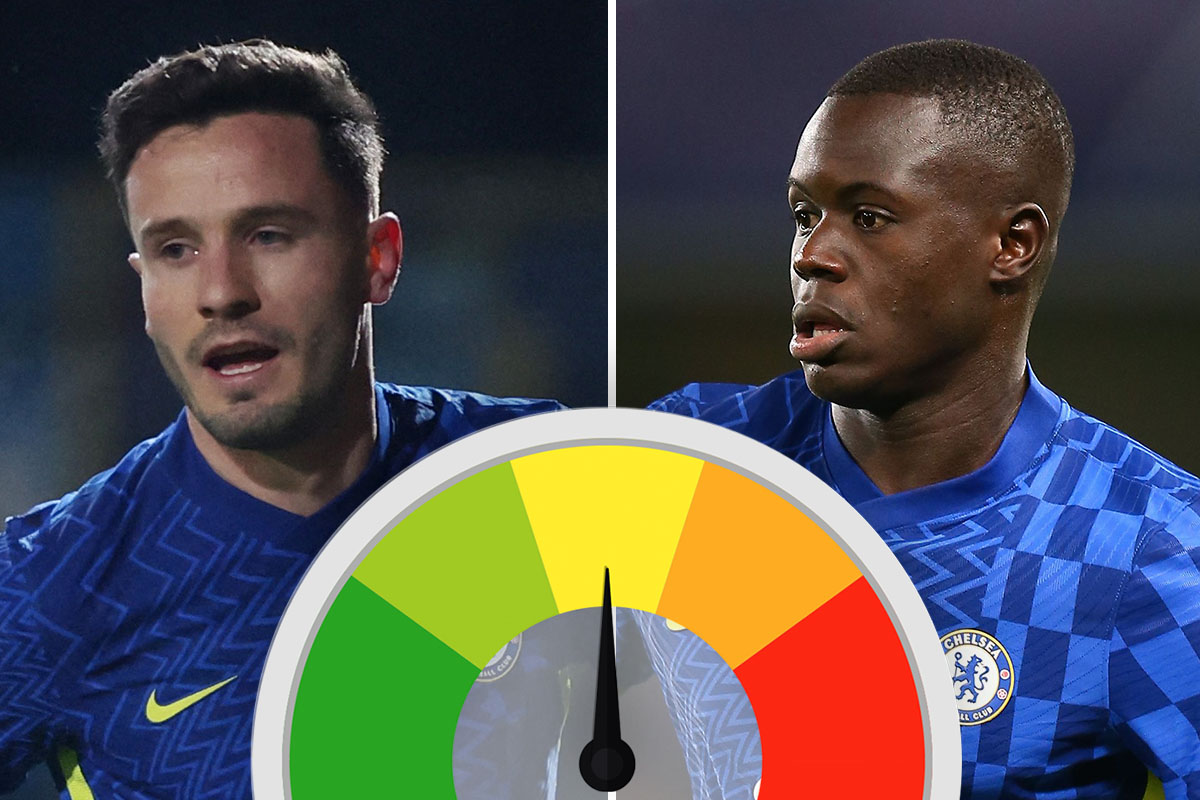 CHELSEA came back from behind twice to beat Luton 3-2 at Kenilworth Road to secure their place in the FA Cup quarter-final.

Thomas Tuchel made nine changes for Wednesday night’s clash, but his gamble paid off.

Saul Niguez, Timo Werner and Romelu Lukaku all got on the score sheet.

Though it was a night to forget for Malang Sarr who was terrorised by the Championship side.

Here’s how Simon Phillips rated and slated the Blues…

Nothing he could really do for either goal, with the finishes both hitting the side of the goal.

Other than that, he wasn’t too busy and did what was asked of him.

He spent the game looking puzzled and frustrated with those around him as Chelsea struggled to control the game against a team a league below them.

Rudiger was his usual reliable-self, though.

Asked to play centre back for the first time ever in his career and naturally he showed signs of discomfort early on.

He soon grew into it though and had a good game, hitting a great assist for Werner and then slotting in Werner to set up Lukaku’s winner.

Very poor game from Sarr. He gifted Luton the second goal by oddly trying to step up and play offside.

And whenever he got the ball at left centre-back, he was largely just passing back and inside and had nothing else about his game.

As with many others, in the first half he was absent and didn’t do enough to get on the ball.

When he did get on it, he didn’t do enough with it and was taken off after an hour.

Poor game really, he was very absent and I forgot he was there at times.

Weak tackles and didn’t do enough to get control of the game for Chelsea, gave the ball away a few times too.

Chelsea’s best player and took his goal in the first half very well, but he should have scored two really.

Good game from him and, alongside Mount, the only one really looking dangerous in attack.

Some dodgy touches early on and took a while to settle in, didn’t do enough to lose his marker and get on the ball.

But he did have some clever touches and passes as he grew into the game and was very unlucky not to score in the first half with a powerful effort.

One of Chelsea’s livelier sparks of the game, some nice little turns and direct runs with the ball.

He was at least making Luton defend and think as he looked to make things happen.

Scored one and assisted another! His lower rating is down to his poor performance in the first half and most of the second.

But he did pick up and started to play much better late on.

Took his goal well enough though and was in the right place at the right time.

Injected some needed energy and athleticism for Chelsea and was an instant threat.

Neat little touches and a good eye for a pass from him, looked far from out of place.

Helped secure Chelsea’s win being involved in the third goal, and meant we were able to play back four looking more comfortable.