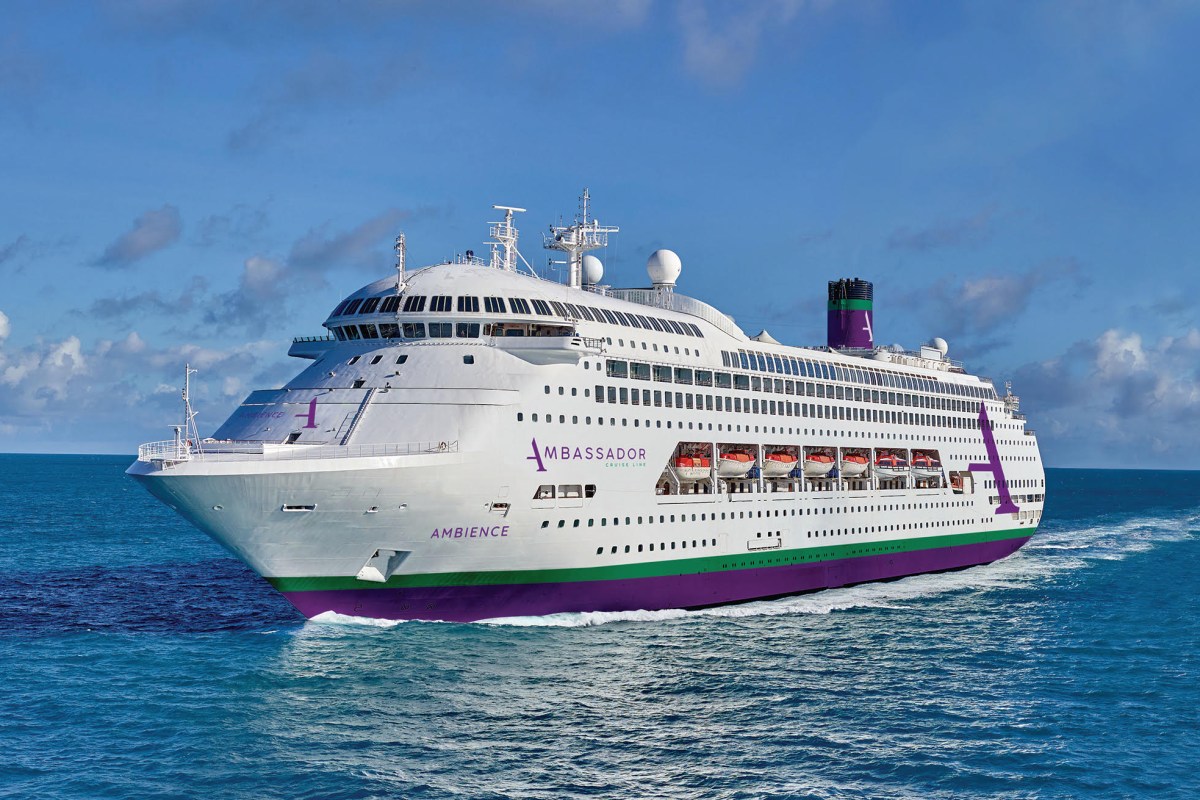 IT’S NOT too late to book a spring or summer getaway on the seas – and the new Ambassador Cruise Line has some great voyages for mature travellers.

Its maiden no-fly season kicks off in April, with 29 sailings from London Tilbury from as little as £67pp per night.

Better still, anyone who books before March 14 will bag up to 30 per cent off cruises and on certain grades can save up to £562pp on drinks, with 20 per cent off their top Ambassador Explorer Drinks package.

There’s no need to panic if you’re tight for cash right now, as holidaymakers can secure their trip with a deposit and won’t have to pay anything more up until 90 days before departure.

If you’ve ever wanted to explore the scenic canals and incredible seafood restaurants of Hamburg, then this new four-night cruise will be right up your street.

Passengers will spend four nights on board Ambience where they can while away the hours in an outdoor hot tub, watch a dazzling show at the multi-tiered Palladium theatre or try their luck in the casino.

You’ll have one day to roam the bustling German port city before returning to the UK — with plenty of time to make use of the onboard spa and shopping facilities as well as enjoy the superb food.

Pick from a standard cabin or upgrade to a roomier Superior cabin, some of which come with a balcony and plenty of storage.

The four-night maiden voyage to Hamburg costs from £389pp, departing from Tilbury on April 6.

If you’re keen to get to know the UK a little better, then the British Isles Discovery cruise is for you.

You’ll get to roam Scotland’s historic capital, Edinburgh, where the cobbled streets are lined with quaint cafes and boutique shops.

Those up for the challenge should climb to the peak of Arthur’s Seat, an ancient volcano, where you’ll be treated to sweeping views of the city.

Once you’ve had a day of exploring, the ship will sail to the Isle of Skye before stopping off at the Orkney Isles, famous for its sandstone cliffs.

If you’re into wildlife then you’ll be in your element.

Orkney is the best place in the UK to spot seals, because they come here to breed.

If you’re lucky, you’ll get the chance to see them bob their heads above the water or spot a puffin perching on the rocks.

You’ll also get to see Belfast, where you can let your hair down with music in a traditional pub.

Head to The Crown, one of the oldest in the city and a former Victorian Gin Palace with ornately carved tables and comfy booths.

The ship also stops at Cobh, the Isles of Scilly, and Guernsey before it’s final destination of Le Havre, in northern France.

Other voyages include a a six-night Norwegian fjords cruise, departing London Tilbury on April 10 from £399pp.