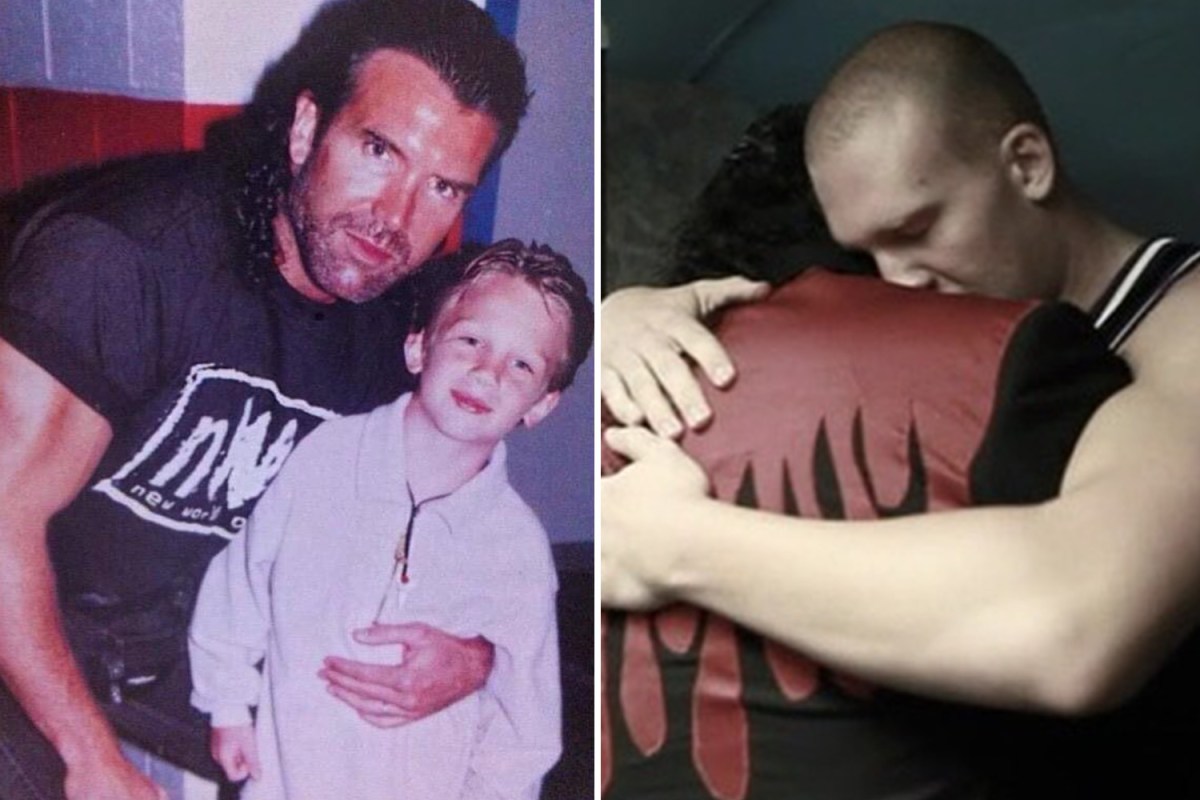 HEARTBREAKING Instagram posts by Scott Hall’s son have been flooded with tributes by fans after the death of his wrestling legend father.

The star reportedly had recently had hip surgery after he was hospitalized for a bad fall, according to reports.

Months before his dad’s passing, Cody Hall posted touching throwback snaps of himself hugging his dad as he marked Father’s Day 2020 and 2021.

One picture showed a little Cody alongside Scott who was wearing a New World Order shirt – a nod to the famous World Championship Wrestling faction that the sports entertainer was part of.

Meanwhile, the other snap showed the pair hugging at what appears to be a wrestling event.

Both posts have been flooded with tributes as news of Razor’s death circulated.

One Instagram user said: “I am truly sorry for your loss. I lost my father 21 years ago and there is no pain that compares to it but prayers to you for comfort, peace, and strength during this time.”

Another commented: “I’m so sorry your father your dad, your champion, your hero passed away today.

“Thank you for sharing your father with the rest of the wrestling world. I was thoroughly entertained. Your dad was worth every penny spent on tickets, merchandise, video games, DVDs, TV time etc.

“I hope you and your family are satisfied with your father’s legacy. Peace. Rest in Peace Scott Hall.”

Wrestling fans online branded Hall a “legend” and said they would miss him as they mourned his passing.

Hall was a two-time WWE Hall of Famer. He was inducted into the prestigious club in 2014 for his career as Razor Ramon.

Then in 2020, he received another Hall of Fame gong as a member of the NWO.

Wrestlers Triple H and Mick Foley were among the stars to pay tribute to Hall.

Mick Foley, who competed under the personas Mankind and Cactus Jack, branded Hall a “towering” figure among superstars.

And, John Layfield, who was known inside the squared circle as JBL, said: “Always enjoyed being around the Bad Guy.

“One of best minds, and workers, in the business, he and Kevin changed the business for the better. Rest easy friend.”

Nikki Bella said: “Doesn’t seem real. RIP Scott. You were a light. I’ll cherish our memories and always be so beyond grateful for your words and encouragement.

“Has always meant so much to Brie and I. Lots of love and prayers to the family.”

Wrestler Joe Hennig, the son of “Mr. Perfect” Curt Hennig, wrote: “’My family and I are saddened to hear of the passing of our friend, Scott Hall.

“I knew him most of my life and he will be very missed. Our prayers go out to his family and friends.”

Hall signed for WWF in 1992. It’s thought he and iconic wrestler Shawn Michaels revolutionized the ladder match after their epic encounter at WrestleMania X in 1994.

The sports entertainer returned to WWE in 2002 before working for the rival promotions Total Non-Stop Action and New Japan Pro Wrestling.