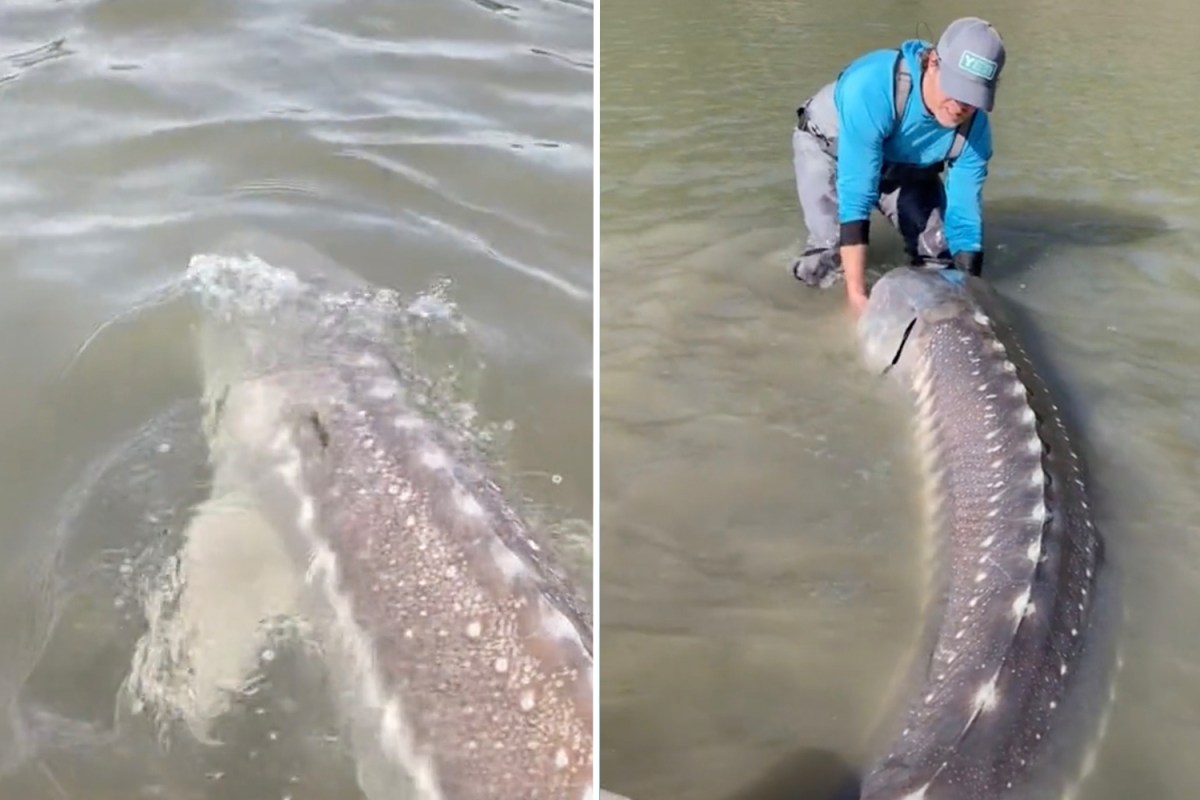 THIS is the moment a stunned fisherman reeled in a huge 11ft “living dinosaur” fish weighing a whopping 42st.

Yves Bisson was fishing in the Fraser River in Canada when he captured the beast – which he believed may have been up to 100 years old.

The fishing guide shared a clip on TikTok of his catch, showing off the massive size of the fish.

“We were just able to tag it, it has probably never been caught and now we are going to release it back into the river.”

According to Yves, the fish was a sturgeon – a species often referred to as “living dinosaurs” as they date back to the Jurassic era.

Yves – who says he has landed more than 22,000 sturgeon in his 20 years as a guide – was fishing with his pal Dan Lallier when they spotted the “special” fish.

“After jumping out of the water two times during the fight, we all looked at each other in disbelief at the enormous size,” he told USA Today.

“We knew it was something special.”

The pair tagged the fish before releasing it back into the water, where it slowly swam away.

“This is very normal behavior for sturgeon to be very still and docile in shallow water after being released,” Yves told the outlet.

“They are the strongest freshwater fish in the world and the mortality rate for angling is 0.012 per cent, so basically they never die, and our world-renown tagging program has the data to back all this.

“This giant fish swam away after being released, which the video didn’t show, and I’m sure it will live for another 100 years.”