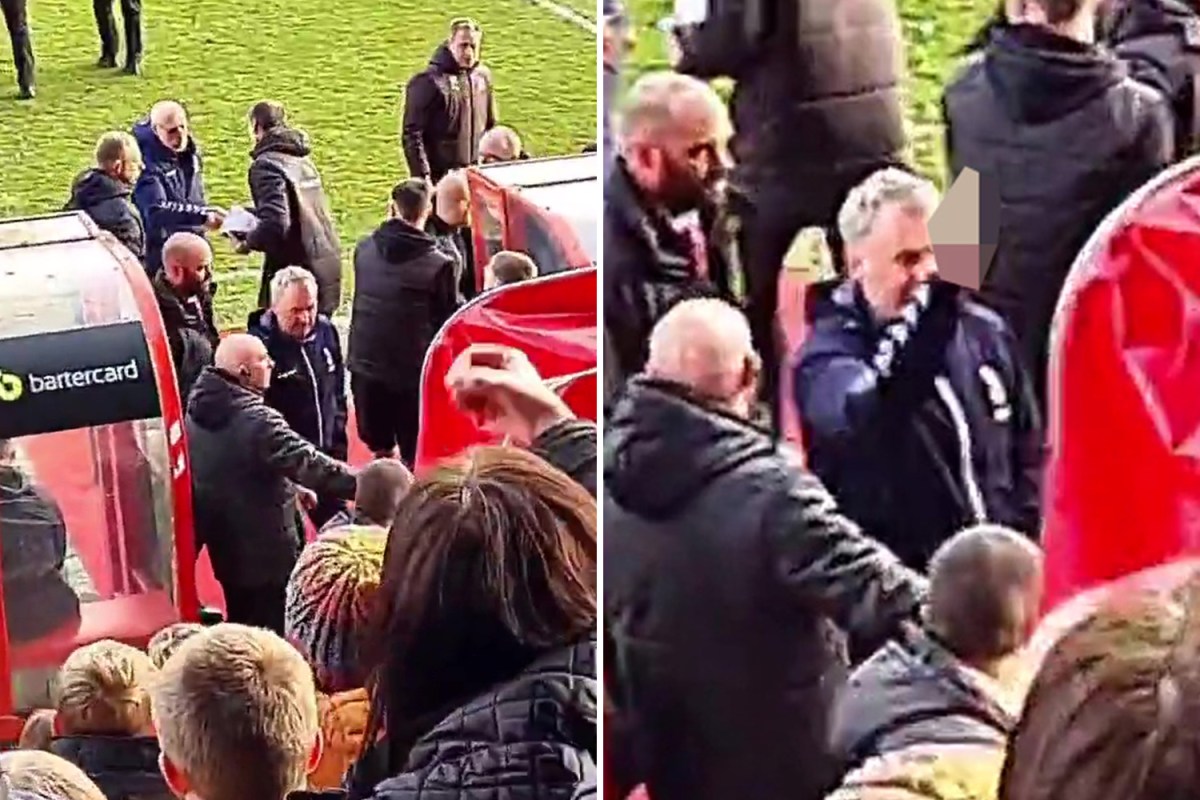 JOHN SHERIDAN shocked Swindon fans by sticking his middle finger up at them as he left the pitch on Saturday.

The Oldham boss had been left fuming by his side’s concession of a 96th minute winner at the hands of his former side Swindon.

Sheridan, 57, copped plenty of flak from Robins fans after his disastrous spell at the County Ground last season.

The former Ireland international managed Swindon to just eight wins in 33 matches at the helm as they were relegated from League One.

Sheridan returned to the dugout in January for his SIXTH spell with Oldham – as he aims to keep the Latics in the EFL.

His side looked on the verge of gaining a valuable point away at play-off chasing Swindon, only for Dion Conroy to bag a 96th minute heartbreaker.

Sheridan, who had been given stick by the home faithful, made his way down the tunnel – flashing his middle finger at supporters as he did so.

After the game, the experienced boss insisted that the criticism doesn’t affect him.

He said: “I’m not worried about Swindon.

“You know I’ve played at Leeds United for eight years, I played at Sheffield Wednesday.

“They even booed Hallam Hope off who won the title for them and that is typical so I don’t worry about them.”

Sheridan’s side were back in action last night – squandering a 1-0 lead at Walsall to fall 2-1 to the Saddlers.

The result leaves them 23rd in League Two – three points from safety but possessing two games in hand.

Swindon, meanwhile, find themselves sixth in the table, just one point off the automatic promotion spots.