Shopper sues Sainsbury’s for £500,000 over PTSD after ‘slipping on puddle’


A SHOPPER who claims she was left with crippling PTSD after slipping in an oily puddle at Sainsbury’s is suing the supermarket giant for up to £500,000.

Legal secretary Georgina Hennessy, 47, is said to have slipped on a “spilt coconut oil product” at a London branch in July 2019, breaking her ankle and leaving her bleeding on the floor.

She had to have a metal plate and screws inserted into her ankle, and claims she went on to develop debilitating post-traumatic stress disorder afterwards.

Ms Hennessy is now suing J Sainsbury Plc for up to £500,000 at the High Court, claiming store staff negligently failed to spot and clear up the mess.

In papers filed at the court, her solicitors Irwin Mitchell say Ms Hennessy suffered her injury in a fall at a store in Walthamstow Avenue, Chingford, in 2019.

“The claimant used the self-service checkouts and proceeded to walk towards the exit of the store,” say her lawyers. 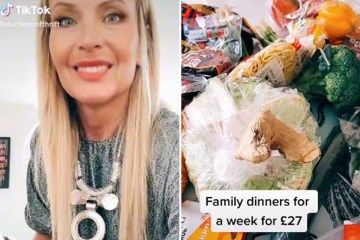 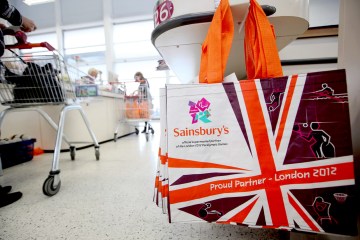 “Upon turning a corner by the self-service checkouts, the claimant slipped on a split coconut oil product, sustaining a serious injury to her right ankle and a laceration to her right hand.”

Ms Hennessy, of Enfield, North London, had surgery on her ankle and was in hospital for a week, but since says she has been crippled by PTSD.

“As a result of the accident, the claimant has experienced significant psychological symptoms,” her lawyers say, despite her having cognitive behavioural therapy for her PTSD, as well as ‘eye movement desensitisation and reprocessing’ – a type of therapy which helps patients overcome traumatic experiences by focusing on the traumatic incident itself.

Her lawyers blame the supermarket giant for the accident, accusing it of negligence in common law and breaches of the Occupiers Liability Act 1957.

Store staff had “failed to take such care as was reasonable in all of the circumstances to see that the claimant did not suffer injury,” it is claimed.

They had also “caused and/or permitted the floor to be or to become or remain wet/slippery with a split oil product,” her lawyers say.

There was also a failure to “ensure any or any adequate system of inspection.”

Ms Hennessy’s claim was filed at the court last month, but has only now been made public.

No defence to the claim by Sainsbury’s has yet been made available by the court and the case has not yet gone before a judge.

MILLIONS are battling the cost of living crisis...
Gaming

JUST hours after giving birth to her little...
Travel

BRITS heading to Spain are being warned to...

MILLIONS are battling the cost of living crisis...
Gaming

JUST hours after giving birth to her little...
Travel

BRITS heading to Spain are being warned to...
Entertainment

MILLIONS are battling the cost of living crisis with little end in sight, but there are a number of big changes due to...
Read more

FIFA 23’s Ultimate Edition launches tomorrow, and developer EA Sports has revealed who its highest rated player is ahead of release. However, while fans...
Read more

JUST hours after giving birth to her little boy, mum Billie-Jo Jobling was told by nurses that they had found a lump on...
Read more