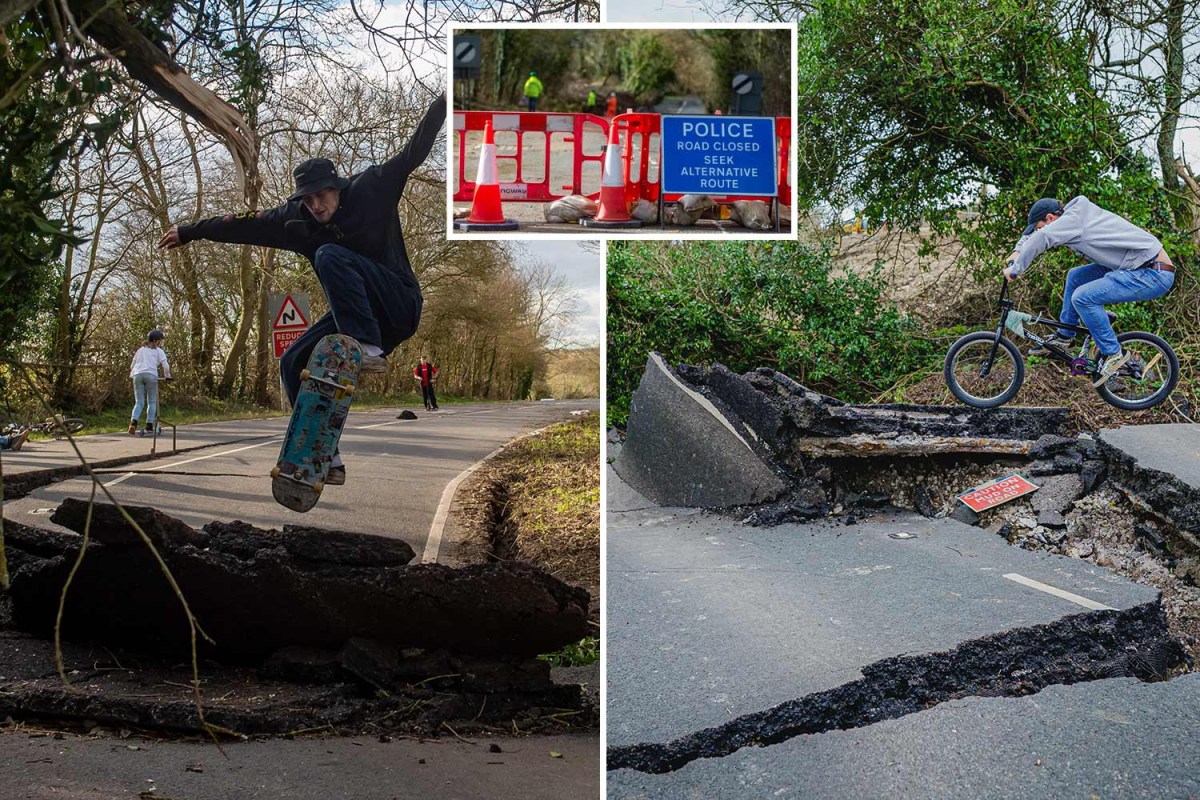 SKATEBOARDERS and BMX bikers have been urged to stay away from “the UK’s most dangerous road” which looks like it was hit by an earthquake – because it is still moving.

The section of the B4069 near Lyneham in Wiltshire has been so badly damaged the tarmac has completely snapped or is at a 45 degree angle.

The road has been closed since February 17 – but some locals have been using it as a skate park despite the dangers, posting videos on social media.

The earthquake-like damage has been caused by unexplained underground movements which are “still moving” according to Wiltshire Council.

Local residents claim the subsidence has been getting worse over the last year and a landslip was inevitable.

Wiltshire Council say that they cant bring any heavy machinery onto the site as it is too dangerous.

Dr Mark McClelland, Wiltshire Council cabinet member for transport, said: “The B4069 at Lyneham Banks is extremely dangerous, and people should not try to access it either in a vehicle or on foot.

“The land is still slipping, and anyone who accesses the site on foot could easily trip on the uneven ground or get caught in a more serious landslide.

“Anyone who accesses the site is also in breach of the traffic order and could be prosecuted.”

Dr McClelland told BBC Radio Wiltshire: “It could cost hundreds of thousands or up into the millions to fix.

“There is significant damage to the road. It could be up to 12 months in total.

“It’s not something that can be resolved in a matter of days or weeks.”

Dr McClelland added in some places the road had “buckled” up to four feet, and descriptions of it looking like an earthquake were accurate.

He added: “The underlying ground has slipped and we need to understand why that has happened.

“The police have been very clear that it’s very dangerous for motorists to ignore signage.”