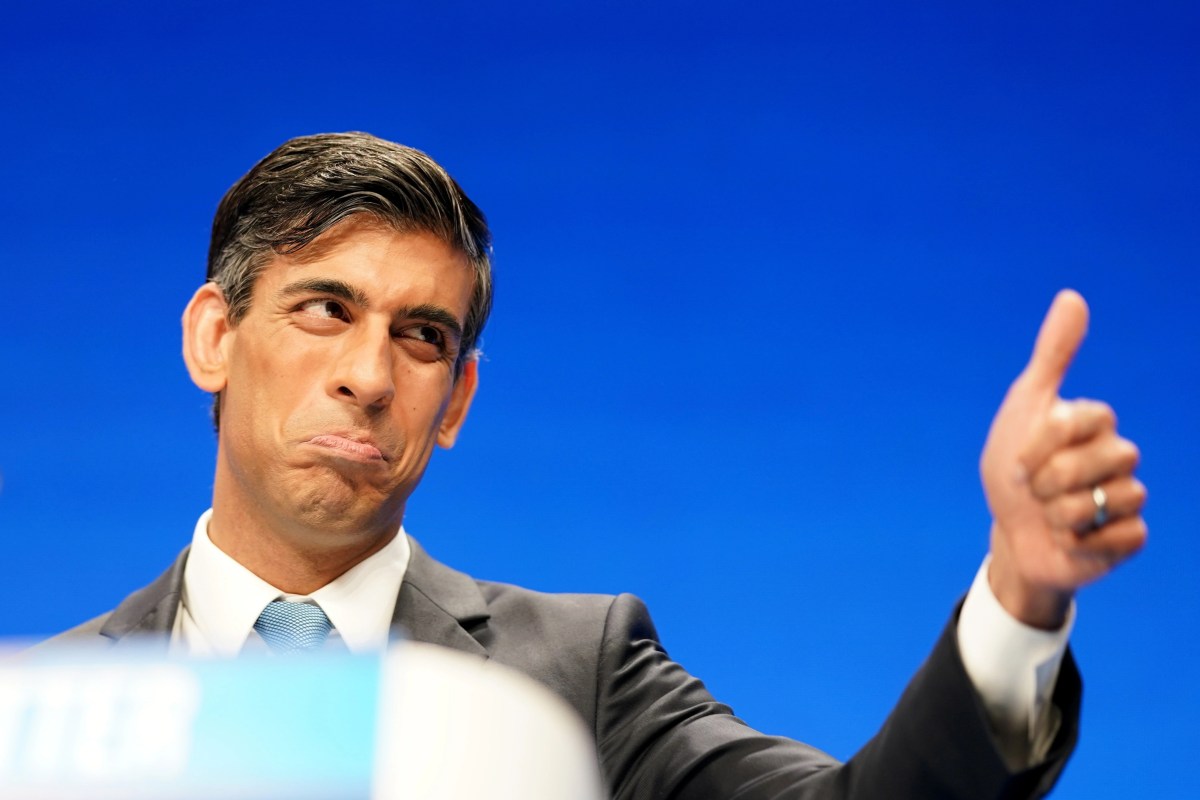 DOES it not worry those in Downing Street that the entire country and even half the Cabinet think they’re making a big mistake over April’s tax rise?

Chancellor Rishi Sunak complains that the economic forces unleashing misery on Britain are “beyond his ­control”.

That’s as may be — but the Government is compounding them by pilfering next month’s pay packets.

The National Insurance hike IS within its control. And it is time Mr Sunak scrapped it. The timing is calamitous.

The Chancellor says it’s too late to U-turn. If so he will need to announce far more substantial help next Wednesday than he has so far.

Inflation is predicted to hit double figures, a 40-year high, with exorbitant fuel and energy prices pushing millions into poverty.

Food is soaring. Mortgages are up. Most accept that defending Ukraine comes at a cost.

But the Treasury’s measures to ease the pain are tiny, while it ploughs on with a tax rise.

Fuel duty must be slashed. VAT on energy too.

Many have never endured times this hard. They need help.

WE won’t join those wringing their hands over Russian TV channel RT being banned in the UK.

Yes, ordinarily freedom of speech is vital. But RT was only “free” to broadcast Kremlin propaganda. Besides, this is a war, not a battle of ideas.

Anyone can see Putin’s remorseless evil. We don’t need his hired hacks putting up a defence. There isn’t one.

To their credit, some formerly state-approved reporters have quit in outrage.

And the more Russia’s people hear the truth, the closer Putin’s demise becomes. Millions there do still swallow his lies.

But wait till Russia’s betrayed, defeated, mutinous troops finally return home and tell their families the monstrous reality behind their dictator’s unprovoked war.

As long as Sky Sports gives, say, Tory chairman Oliver Dowden a half-hour to provide his expert analysis on how Man Utd can secure a top-four finish.

Because while Neville is a decent footie pundit, he and Sky are mistaken in believing his insight extends to politics — and that his views are remotely new or interesting.

To state that Boris Johnson is “a danger to our country” and that we have “zero credibility in Europe and around the world” is provably false, tribal Remainer rubbish.

Our many global friends and allies will attest to that.