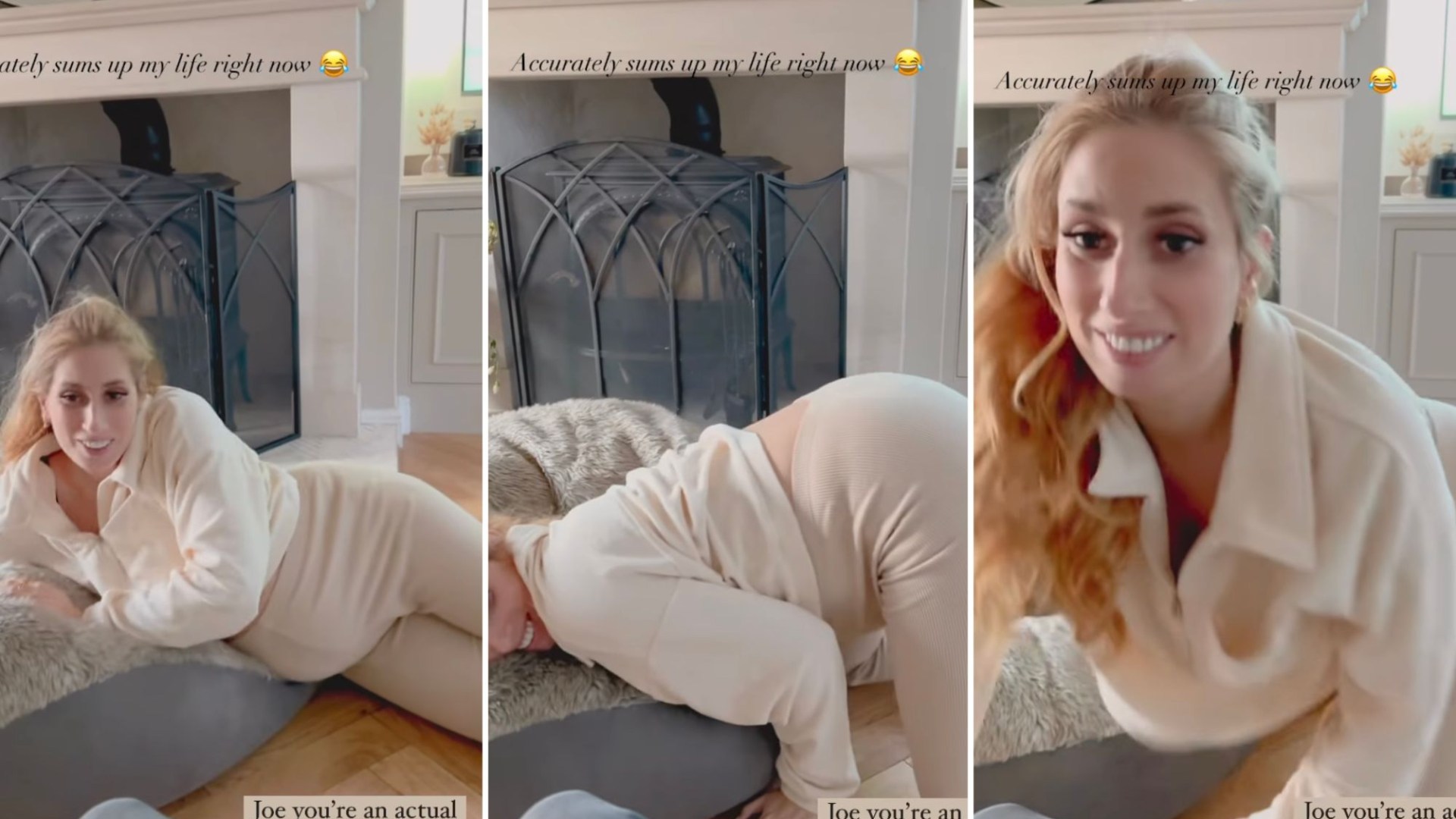 JOE Swash pulled a prank on pregnant wife Stacey Solomon with hilarious results in a clip shared to Instagram.

The pair, who recently announced they are expecting another child together, gave a glimpse into their home life as Stacey shared a clip of the epic prank Joe pulled on her.

As a heavily pregnant Stacey, 33, lied atop of a comfortable looking bean bag where she was playing with daughter Rose, Joe, 40, called her over to have a look at something on his phone.

Stacey, at first seemingly uninterested, replied: “What is it?”

Ex-EastEnders star Joe told the couple’s young daughter Rose to help ‘get mummy up’ as Stacey began to shuffle down from the bean bag. 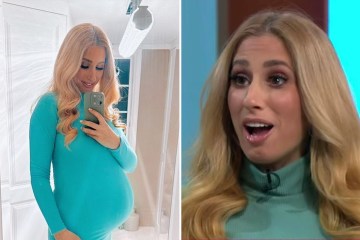 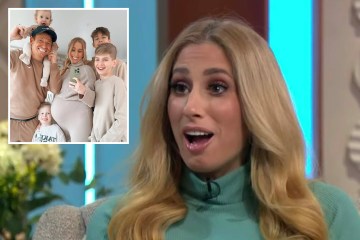 As she agreed to come and look at Joe’s phone, Loose Women star Stacey rolled onto her back as she moaned and groaned as she started to slip off the bean bag.

“It better be good,” she sharply quipped at Joe, unaware she was being recorded for the prank.

In stitches at her attempts to get herself up, TV star Joe remarked: “It’s like a bl**dy beached whale.”

The comment left The X Factor star stunned as she tried not to laugh as she shot back: “Oh my god, shut up.”

Stacey’s baby bump was on proud display in a cream coloured outfit, showing it off in all glory to her fans after keeping her pregnancy hidden for a number of months.

As Stacey got close to the camera and asked Joe what he wanted to show her, the actor said: “It’s a video of you getting off a bean bag.”

As he continued to giggle, Stacey said off-camera: “Oh, you’re an idiot.”

Stacey clearly found the whole thing funny as she shared the encounter to her stories along with the caption: “Accurately sums up my life right now.”

The TV star shouts for Joe, telling him: “Come in!”

As she waves the test in his direction he gasps and says: “What are you holding? You’re joking.”

His wife says “no” as Joe collapses to the floor and gives her a hug.