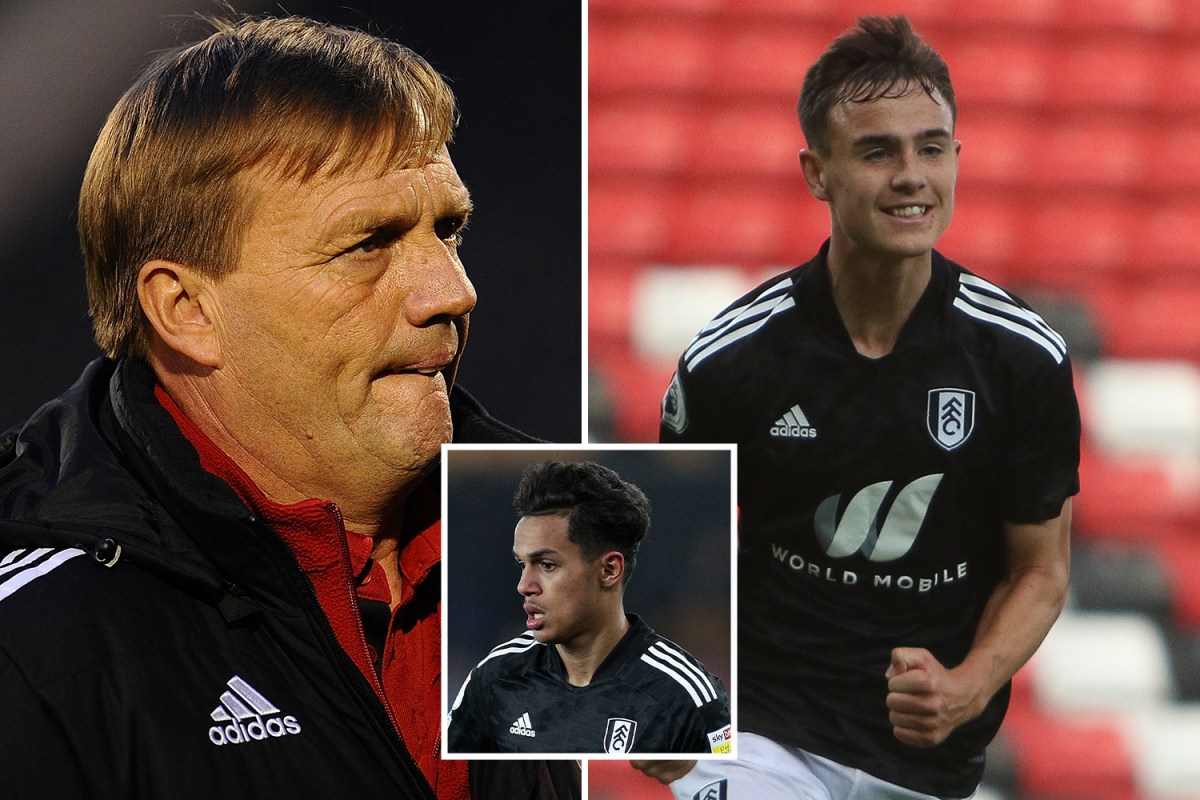 FABIO CARVALHO was the first person to congratulate Steve Wigley’s incredible Fulham Under-23s when they lifted the title with five games to go.

The Portuguese winger, 19, picked up the phone straight after the youngsters cruised to Division One promotion after a 2-1 win over Aston Villa at the end of February.

It was a touching moment for Wigley, who is overseeing a new, exciting crop of kids following in the footsteps of Carvalho and his meteoric rise at Motspur Park.

Wigley, 60, who is also head of player development, told SunSport: “I take great pleasure every Saturday morning because as soon as we finish training I go down to watch the U18s.

“I see most of the U23s are down there and they stay the full game and go and watch the first team.

“Nothing makes me feel better than to be standing on one side of the pitch Saturday morning at 11.30am and seeing a group of players watching the boys who are younger than them.

“The first person to text us congratulations on that Friday night was Fabio. He was the first one when my phone went, which is great.

“That says a lot about the people in the building and the togetherness of the group.”

Former Nottingham Forest and Portsmouth player, Wigley, has enjoyed two stints with the Fulham youth set up since 2012.

During his first spell as U18s boss, he oversaw the development of Cauley Woodrow, George Williams, Emerson Hyndman, Moussa Dembele and Patrick Roberts.

The ex-Southampton manager helped Ryan Sessegnon make his breakthrough into the senior side aged just 16, as well as Carvalho’s rise.

This season, Wigley’s side have lost just twice in the league, but the U23s boss is searingly humble.

And he credits first-team boss Marco Silva for inspiring his young stars.

Wigley added: “I am not somebody that does this too often. You won’t see many newspaper articles that I’ve done.

“It’s not just my achievement, it’s a collective of people who have worked together for a while.

“We’ve been really well supported by the club and the manager in my time here and Marco has set a culture.

“The young players that train with him every day like Jay Stansfield and Tyrese Francois if they’re not in the squad on the Saturday they will play with the U23s.

“That set a real culture amongst the group and sometimes senior players will come down and play as well and that’s quite unusual in U23s football.”

It’s no surprise that big Premier League clubs have been circling around Fulham’s whizkids for many years.

Fans breathed a sigh of relief when the club recently tied down Stansfield, 19, on a new contract until 2024, amid interest from Crystal Palace and Leicester City.

It was a beacon of hope for the Whites, given Liverpool’s ongoing plans to poach Carvalho from Craven Cottage at the end of the season.

Wigley added: “The training ground is not the most expensive,

“Clubs have got bigger facilities, we’re very much in a tight area but it’s got a fantastic feel to it.

“Every time I come through the gate in the morning, I like to have a walk before training starts.

“I walk around the place and it’s got a real feel to it and not all football clubs are like that.”

Despite the first-team’s two relegations from the Premier League in the last five-years, the academy has never been affected financially.

Wigley continued: “We’ve been really lucky that we’ve been supported by a fantastic ownership group in Shahid Khan and his son Tony.

“The club has gone up and come down but whenever we’ve come back down, that’s never affected the academy and that is rare because it’s the first thing that normally suffers.

“There has been backing if we’ve wanted to go and purchase a player.

“You go add a Moussa Dembele or a Stansfield then you have Fabio Carvalho who has been here since he was 12.

“We are competing with big clubs on our doorstep with resources and deep pockets and they certainly like to target our players. We’ve got to do our best to keep them.”

Luke Harris tipped as next Carvalho

Midfielder Harris, 16, has turned heads this season with his red hot form for the U23s.

Jaws hit the deck when he hit an 11-minute hat-trick against Newcastle and he scored the first of Fulham’s goals when they bagged promotion against Villa.

Few outside of Craven Cottage have heard of the Jersey-born youngster but he has already been capped for Wales at U17s, U18s and U19s level.

It’s no surprise Wigley remained coy about the young star’s future, given Carvalho’s looming summer exit to Anfield and Sessegnon already out the door at Spurs.

Wigley said: “You’ll be hearing about Luke for a long time. I don’t want to put that pressure on him, he doesn’t need me to big him up.

“His hat-trick (against Newcastle) was fantastic. They weren’t the prettiest goals.

“He’s one of many to contribute this season and when you score goals, you get the headlines particularly when you’re only 16.

“Luke and the others just love playing football and that’s the real enjoyment for me.”