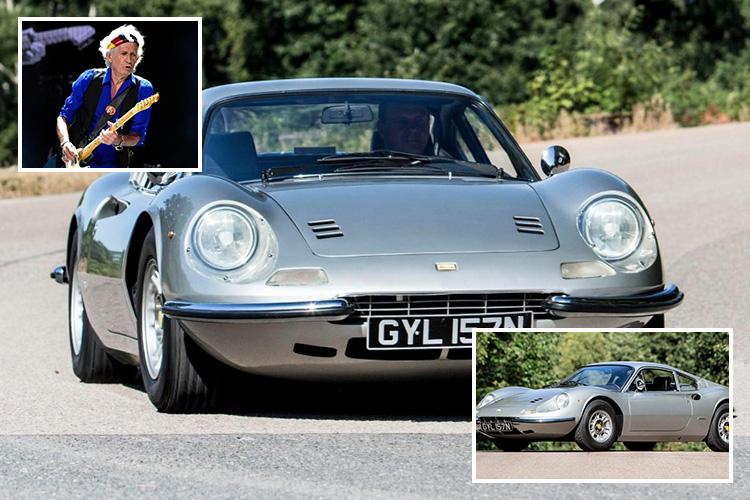 A STUNNING Ferrari that once belonged to rock legend Keith Richards has been tipped to sell for £400,000 at auction.

The guitarist used the sports car regularly and even brought it with him when he moved back across the pond from California to London in the 1980s.

He owned the motor while living in Chelsea, before selling it on to an eminent Japanese collector in 1986.

The 1972 Dino has a two-door, stylish silver body with chrome trim, and a black leather interior.

Under the bonnet is a 2.4-litre v6 engine that produces 175bhp – a significant amount for the time.

It also has a five-speed manual gearbox and a top speed of 148mph.

The Italian supercar has been consigned for sale with Bonhams Auctions who have given it a pre-sale estimate of between £300,000 and £400,000.

The auctioneers have labelled the hardtop “stunning” and are expecting it to attract a lot of interest when it goes under the hammer.

It is due to be sold off at Goodwood Racecourse on September 8.

Sholto Gilbertson, director of motor cars at Bonhams, said: “If you want to feel like a rock god, this is the car for you.

The Dino, produced between 1967 and 1974, was developed as a tribute to Enzo Ferrari’s late son, Alfredo ‘Dino’ Ferrari.

The engineer died at the age of 24 in 1956 and early models of the Dino were powered by a 1.5 litre v6 that he had helped to develop.