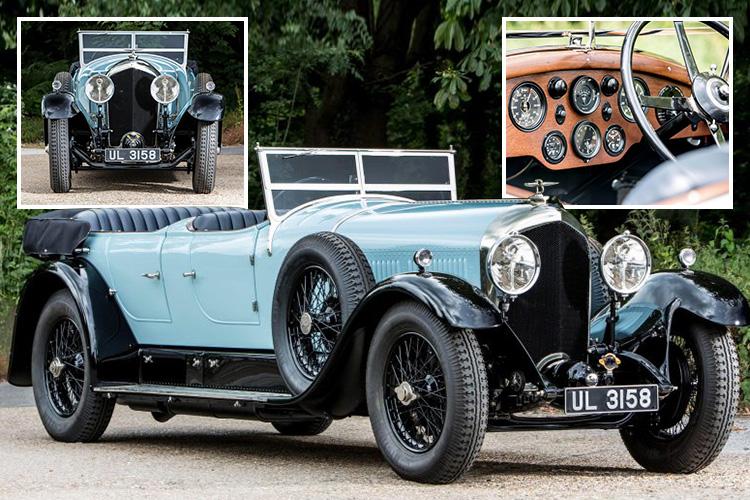 A VINTAGE Bentley that’s the last of its kind left has emerged for sale for a staggering £2.3million.

The 6.5-litre Open Sports Tourer is the only surviving model to have bodywork built by Barker & Co Coachbuilders.

In the early 20th century the firm were among the finest builders around and produced bodies for luxury manufacturers like Rolls-Royce and Mercedes, as well as Bentley.

Just 19 cars like the 1928 model now for sale were ever produced by them – and just two were convertibles.

With the other having disappeared several years ago, the Open Tourer is now completely unique.

The open-top motor spent much of its early life in the UK before a new owner toured it around both Australia and Africa.

It’s recently been given an extensive restoration and has been described by the auctioneers as being “better than new”.

It’s not known how many miles the classic tourer has done, but estimates suggest it had already clocked as many as 38,000 by 1934.

The classic motor is being sold by auctioneers Bonhams on August 24 their Monterey sale in California.

Rupert Banner, a British car expert with Bonhams, said: “The Bentley 6.5-litre proved to be a high quality car favoured by the upper echelons of society.

“This example has been exquisitely restored to an incredibly high standard and is the only car to survive that bodied by esteemed coachbuilders Barker & Co.