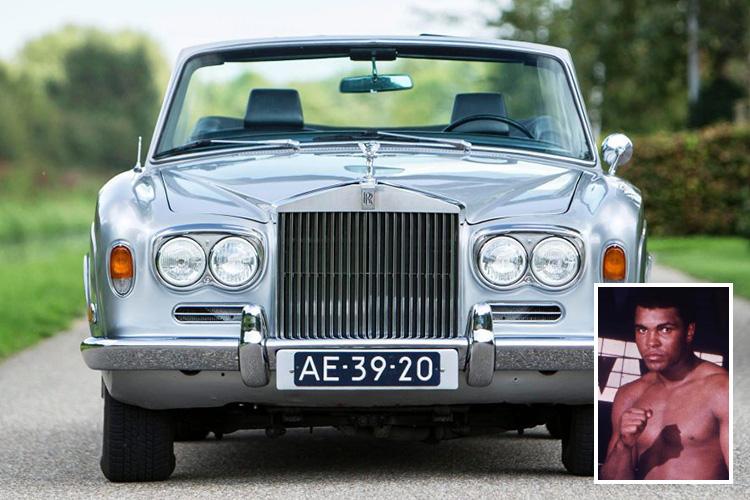 A STUNNING Rolls-Royce once owned by legendary boxer Muhammad Ali has emerged for sale for just £55,000.

The classic Silver Shadow Convertible was bought new by the former heavyweight champion in 1970.

The motor was allegedly bought to celebrate Ali regaining his boxing licence and returning to the ring after three years of struggle with the US authorities over his refusal to fight in Vietnam.

But the motor is set to be sold without a reserve, so it could go to a lucky bidder for an even lower price.

Despite being almost 50-years-old, the car is still in relatively good condition, but could do with a few minor touch ups.

The former Ali model also allegedly comes with a Warranty Acknowledgement and a temporary drivers licence, both signed by “Cassius Clay” – despite the boxer changing from his birth name in 1964.

It features a 189bhp 6.75-litre V8 engine, along with a leather interior and neat silver paintwork.

The Roller will go under the hammer on October 5 at Bonham’s sale in Zoute, Holland.

Rolls-Royce first introduced the Silver Shadow in 1965, with production continuing on different variations of the model until 1980.

Just over 30,000 of the cars were made before it was succeeded by the four-door Silver Spirit saloon.