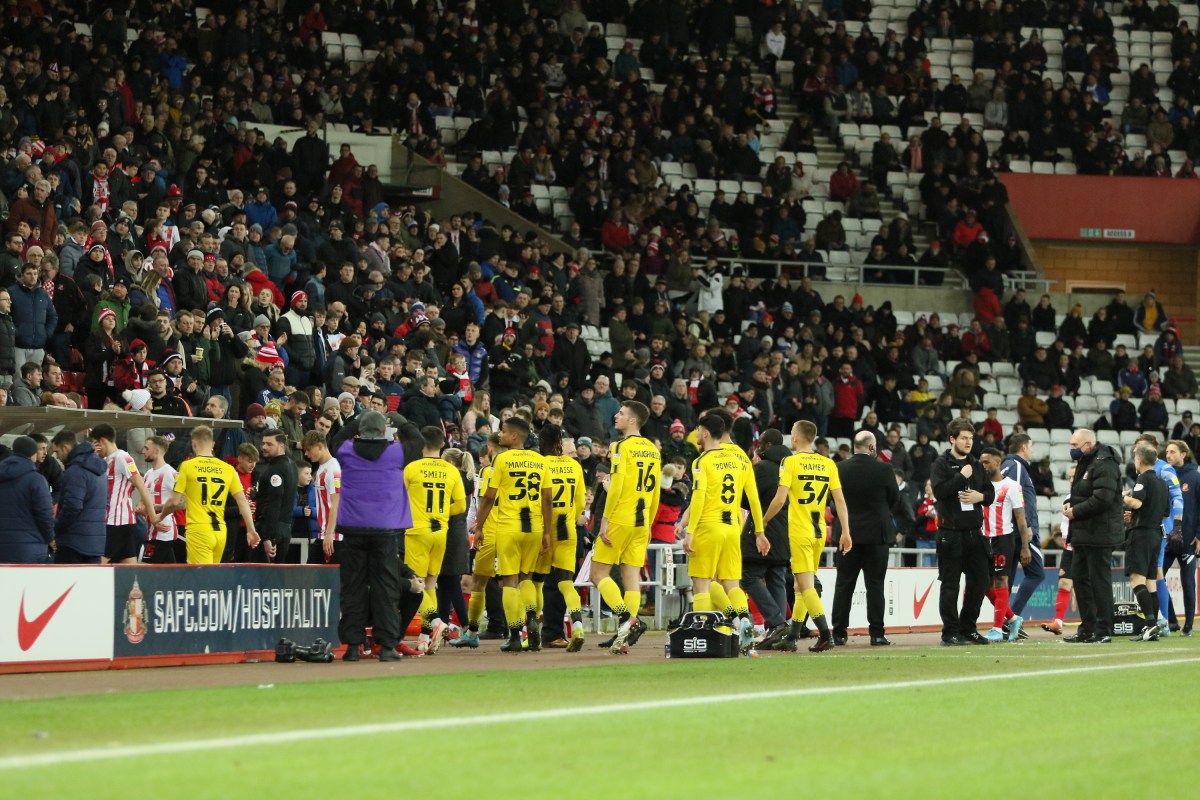 SUNDERLAND’S game with Burton was suspended due to a medical emergency in the stands – as stewards evacuated the area.

Just four minutes had been played of the League One fixture when referee Robert Lewis paused proceedings after a fan fell ill in the West Stand.

Both teams returned to the changing rooms while stewards cleared a path to allow emergency services access to the stricken supporter.

The game was delayed for almost 50 minutes while the fan received treatment before he was eventually taken to hospital.

The club tweeted: “Stewards are currently clearing the area to ensure the emergency services can safely transfer the patient from the seating deck.

“Further information regarding the game will be communicated in due course.

“The emergency services are continuing to work and we appreciate your continued understanding.

“Our thoughts remain with the supporter involved and we will communicate further information when we have it.

“Fans are advised that play will resume following a ten-minute warm-up.

“We continue to send our best wishes to the supporter involved and thank you all for your cooperation and support.”

When play did resume Burton took a second half lead through Cameron Borthwick-Jackson before Ross Stewart snatched a point for the hosts in injury time.

It is the latest in a string of incidents in which medics were rushed into the stands to treat a fan.

In January, tragically a Fulham supporter passed away after suffering a cardiac arrest in the Craven Cottage stands.

Only last week, again Burton’s match, this time at home to Bolton, was also halted.

Three minutes into the second period the match was stopped as the medical teams from both clubs raced into action.