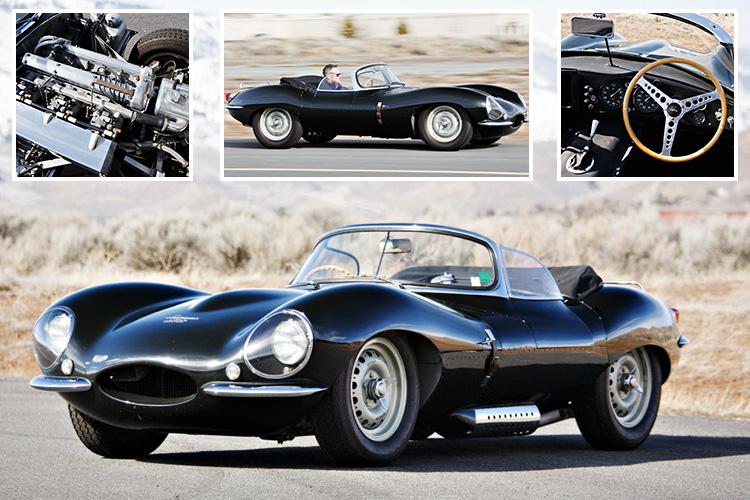 A CLASSIC Jaguar which cost around £2,500 new is set to become the most expensive British road car in history by selling for £13.5MILLION.

The XKSS is so desirable that Jaguar recently decided to revive it by building nine models that are identical to the cars which left the factory in 1957.

But this one is an original 1957 model which is going to auction next month in the first public sale of an XKSS in more than a decade.

And there is expected to be a fierce bidding war from super-rich collectors around the world who are desperate to get their hands on a car which has an “iconic, almost mythical status”.

The XKSS was first announced in 1956 when Jaguar decided to take a break from motor racing to focus on building production cars.

They based the XKSS on the Le Mans-winning D-Type and announced a run of 25 units.

Performance from the British convertible was incredible. When a motoring magazine tested it, they managed to do 0-60mph in 5.2 seconds, 0-100mph in 13.6 seconds and hit a top speed of 149mph.

However, disaster struck on February 12, 1957, when a fire ripped through Jaguar’s Browns Lane plant in Coventry, destroying the nine unfinished models.

This model, however, was finished in time and originally delivered to a customer in Montreal, Canada.

After a life which has seen it owned by esteemed collectors in the USA and England, the XKSS will be sold by Gooding & Co at its Amelia Island sale in Florida on March 10.

The auction house has given it a guide price of $16 million – $18 million (£13.5m), which will make it the most expensive British road car in history and one of the most valuable cars ever sold publicly.

“For us to present this XKSS, one of the greatest sports cars of all time and the first one offered at public auction in over a decade, is truly a great honour.”

Of the 16 cars which were completed, 12 were delivered to the USA, two to Canada, one to Hong Kong and a sole example remained in Britain.

It has become a sports car icon, helped in part by Steve McQueen once owning a model for more than ten years. His XKSS is in a museum in the USA.

The car being sold by Gooding & Co was acquired by its current owner, who has not been named, in 2000.

Around ten years ago, the gentleman had the XKSS restored by Gary Pearson, from Pearson Engineering, an expert whose father John Pearson owned the car in the 1980s.

And despite being 60 years old and raced hard during its early days, the XKSS has not suffered a major accident and, unlike many D-Types and XKSS models, retains its original chassis, body and engine block.

The car has also been on display at a number of the world’s most prestigious concours events.

Gooding & Co added that this XKSS is among the “very best examples” of the road-going version of the D-Type, which is “one of the most successful and important models in the history of endurance racing”.

Jaguar, which is capitalising on its heritage, announced last year it would be building the nine ‘lost’ XKSS models which never left the factory in the Midlands.

Staff at Jaguar Land Rover Classic are spending around 10,000 hours building each car to the exact specification – with the reborn models costing more than £1 million.