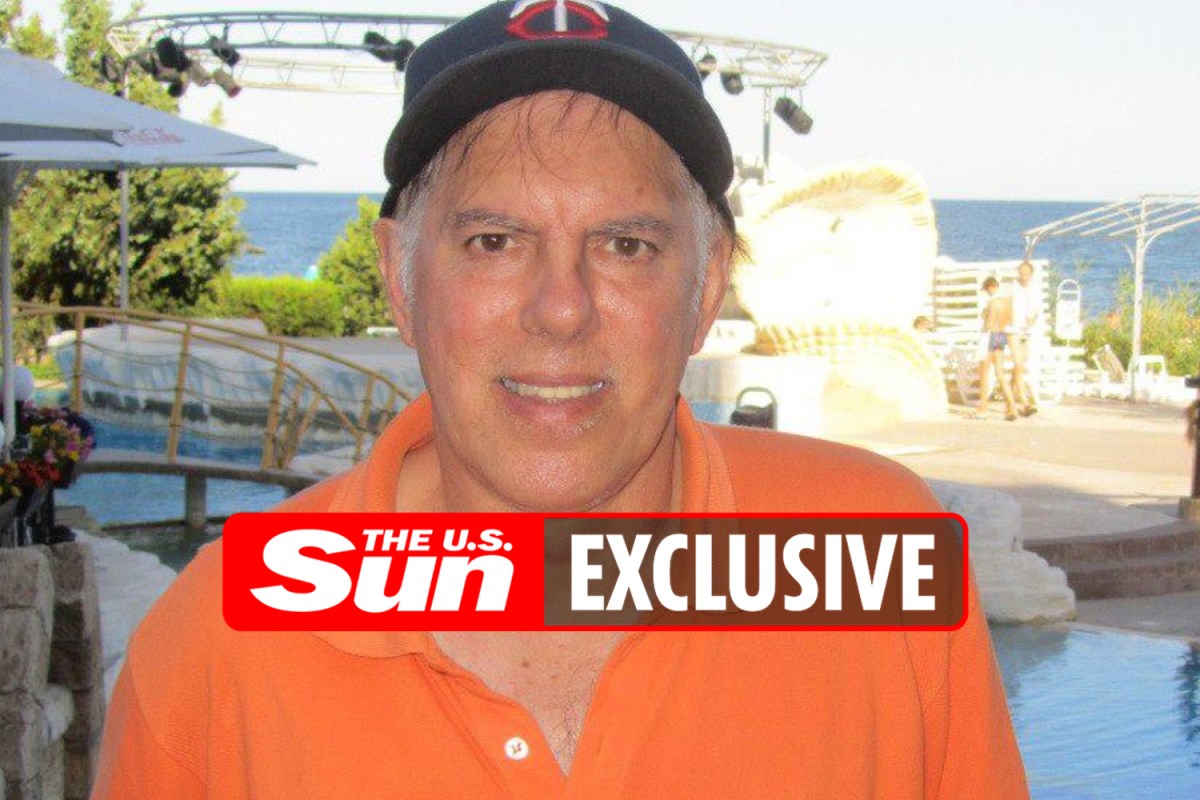 FRIENDS of James Hill, who was slain by Russian snipers while waiting in a Ukraine bread line, are frantically trying to reach his hospitalized partner – and fear she may not know he is dead.

The American English teacher – affectionately called “Jimmy” or “Jim” – was gunned down this week while out shopping for food in Chernihiv as his partner Ira remains seriously ill in hospital awaiting MS treatment.

His family confirmed the 67-year-old’s death on social media after being contacted by the US Embassy, with his sister Cheryl Hill Gordon posting: “His body was found in the street by the local police.”

The State Department confirmed Thursday that an American was killed by Russian shelling in Chernihiv on March 17, but they did not confirm Hill’s identity.

His partner, described as his “soul mate”, has been identified as Iryna Teslenko, and has her elderly mother by her bedside after the family became trapped in a Chernihiv regional hospital 90 miles outside Kyiv, Ukraine.

Close friend Vincent Angelo Rosano, who has known Hill for more than a decade, says he has been desperately trying to reach the pair to tell them of his death. 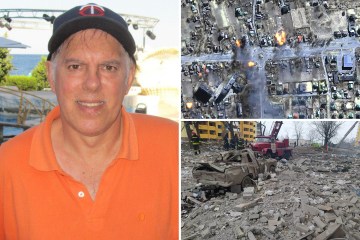 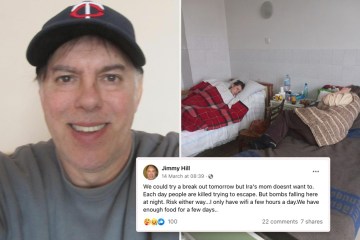 Speaking to UK Times from his home in Italy, where he has resided since leaving Ukraine in March, he said: “Ira is very, very ill, and I’ve been calling her and trying to figure out how to get in touch with her mother.

“They probably don’t even know if he’s dead or alive, he just went out to buy bread.

“I’ve been talking to another group of Ukrainian friends and we cannot get in touch with them.

“They were only in the hospital with about six people because all of the nurses and doctors were evacuated.

“I hope people are in action and I find a way to send money to Ira and her mom, we just don’t know what is happening at the minute.

“Ira is in bed, she’s not good at all, at times she can’t even speak. I don’t know if they are safe.

“To be honest, I’m really shocked because I just heard from him the other day, and then I lost contact.

“I didn’t know what was happening and then received the news.”

Hill’s sister Katya told US outlet Kare11 the family do not know of Ira’s condition and confirmed they were trapped at the hospital for days sometimes without gas, power, or water.

“He really loved her so deeply,” she said of their relationship. “In this world, it’s hard to find your soulmate, and that’s how he referred to Ira. As his soulmate.”

Katya later confirmed to CNN in an interview on Thursday they have not been able to connect with Ira or her mother, explaining: “I don’t speak Ukrainian. Ira’s mother had two phone numbers and so we had a group that helped with Ira’s care and rest bite for her mother.

“We’re trying to reach her, but the last that we spoke with my brother the electricity was out, there was no heat.. My brother said he was reserving battery on his phone because they couldn’t charge them.”

UK Times reached out to Hill’s family for further comment but did not hear back.

Vincent, who confirmed Hill had two children from a previous relationship, said he was devoted to Ira, who was struck down by Multiple Sclerosis just after they began dating more than a decade ago.

But he says he was fully supportive, and despite traveling to other parts of Europe and the US for work, he always made sure she was taken care of when it came to her medical needs.

Over the course of the past few weeks, Hill had been posting on Facebook about the dire conditions inside the Chernihiv hospital and gave daily updates on the bombings and attacks by Russian soldiers.

His family says they last spoke to him on March 5, but he posted on March 15, writing: “Not allowed to take photos. Spies throughout the city. [The] bombing has intensified no way out.”

He later added: “Intense bombing!still alive. Limited food. Room very cold.ira in intensive care,” as they tried to stay under cover in the hospital room.

Vincent says although he wanted to escape, he would never leave his partner and described Hill as “depressed” in the lead up to his death as people were killed around him trying to flee the town.

“It was impossible for him. The situation at the hospital and nearby. I said, ‘Jim, I’m going to call you every day.'” Vincent said.

“He didn’t want to leave at all, but towards the end, he was quite depressed and wanted to evacuate with his partner and her mother.

“Obviously he was scared of the whole situation. Jim already had a very pro-Ukraine position, he felt very strongly about the independence of Ukraine.

“He never expressed hate, particularly for the Russian people, he just didn’t like Putin and so on.”

He didn’t want to leave at all, but towards the end, he was quite depressed and wanted to evacuate with his partner.

Vincent continued: “I held him in such high regard and I still don’t think he’s dead, I’m really having a hard time with it.

“He was very pleasant company, he was always positive and upbeat, cracking jokes, he had a great sense of humor, he was humble and passionate about his job.

“I’m just shocked, all the people around me who have suffered have been good people.”

Vincent, who was born in Italy and lived in Australia during his first marriage, has dual citizenship and moved to Ukraine after meeting his second wife online.

“My ex-wife is still there, I am worried about her and my two children – one is eight, one is 10, and a stepdaughter who is 16, I’m stressed by what is going on.”

Another friend of Hill’s, Anthony van der Craats, told UK Times: “I liked Jimmy, and spent many days with him in Ukraine. I am really saddened by his death.

“He was a kind soul who wanted to give back to Ukraine. He taught English and networked but he was semi-retired.”

Anthony simply added: “This is a stupid war that should never have happened.”

At least 10 people were killed in Wednesday’s attack as horror footage showed bodies lying on the ground.

A reporter for Ukrainian publication Suspilne on the ground in Chernihiv first shared the video online.

It wrote: “In Chernihiv, in one of the city’s dormitories, Russian troops fired on people standing in line for bread.

“This was reported by the correspondent of Public from the scene.

“According to her, the shelling took place on March 16 around 10 am. The shelling killed at least 10 civilians.”

The US Embassy in Kyiv has also reported on the alleged massacre.

“Today, Russian forces shot and killed 10 people standing in line for bread in Chernihiv,” it tweeted.

“Such horrific attacks must stop. We are considering all available options to ensure accountability for any atrocity crimes in Ukraine.”