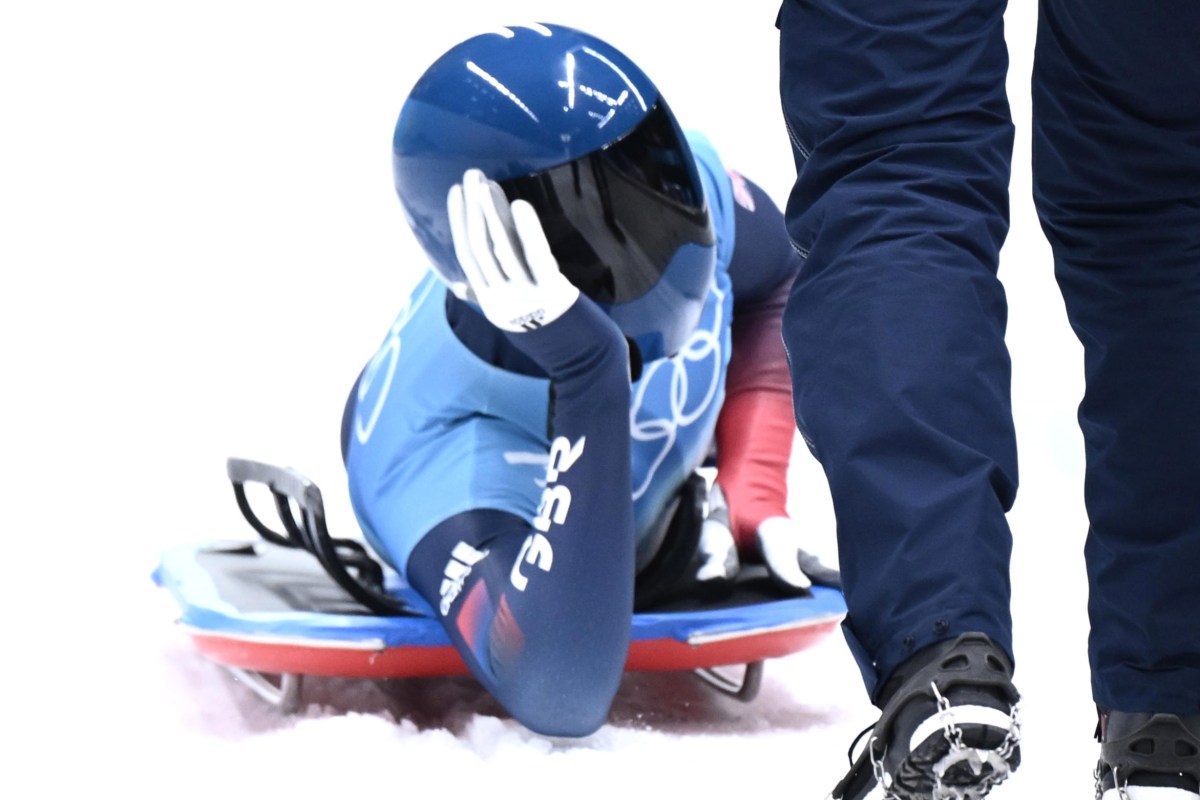 THE ONE sport that Team GB had pinned their hopes on ended up going downhill — but not very fast.

Britain’s slow skeleton sliders were blasted for going the ‘wrong way’ with new equipment on another day of Olympic misery.

New kit unveiled for competition in Beijing failed to provide any­ cutting-edge speed.

British Skeleton, which is backed by more than £6.4milllion of UK Sport investment, used to lead the way technologically with its skinsuits, rails and sleds.

But all four of the sliders in action this week were so far off the pace it was embarrassing.

Matt Weston and Marcus Wyatt came a lowly 15th and 16th respectively in the final run, which was won by German Christopher Grotheer.

In the women’s first two runs — the event concludes today — 2018 bronze medallist Laura Deas was 21st and debutant Brogan Crowley was 22nd in a 25-woman field.

John Jackson, who won a bronze medal in the four-man bobsleigh at Sochi 2014, was highly critical of the performance.

Most read in WINTER OLYMPICS

He said: “What we have seen with the British equipment, it’s absolutely draining speed all the way down.

“It doesn’t seem to be working. There is just no speed in this sled at all. This has been the feature of their season.

“Whether it is a weight issue — the sleds just like more weight on them — or it is a set-up issue, it’s difficult to put a finger on it. They have all been sliding beyond their results.

“Whoever has made the decision on the technical development side they have gone the wrong way.”

East Sussex’s Weston, 24, said: “We’ll review everything from start to finish but equipment is definitely going to be on the list. Something was not right.”

The run of winning at least one skeleton medal at every Olympics since 2002 is now over.

Wrexham-born Deas, 33, said: “It’s certainly not the outcome I wanted.
“I came to the start block in a great frame of mind.

“I can’t tell you now why the speed wasn’t there, I don’t know.

“We’re going to have to go back, look at all of it and come back stronger. I know I’m a good slider.

MUSGRAVE IS LEFT FOR DEAD

ANDREW MUSGRAVE felt ‘dead’ as he ran out of life on the gruelling cross-country tracks.

Norway-based Musgrave races in the 50km mass start free a week today — but he has yet to perform in his fourth Games.

“I’m super disappointed. This is so far off what I expect. I felt like the first lap was all right but on the second lap, when you’ve got to try and increase the speed, I just felt dead.

“I didn’t manage to increase the pace at all. Instead of doing that, I started crawling!”

ALL ABOUT THE BENJAMINS

COOL Benjamin Alexander will cap a £74,000 dream tomorrow — by skiing for Jamaica at the Olympics.

The Northamptonshire-based ex-DJ will make history as the first to represent the island in the giant slalom.

Alexander, 38, only wore skis for the first time six years ago and had to self-fund his entire journey to Beijing.

But despite a “mountain of debt”, he reckons it is worth the sacrifice.

London-born Alexander said: “Some saw this as a gimmick but I invested a lot to get to the Olympics.

“It has been my full-time gig for two years. I’ve skied almost 400 days and it would have been double if there had been no pandemic.

“Is it worth it? Ask me after! It’s the biggest Hail Mary of my life.

“Jamaica are so excited to be represented for the first time. It’s huge.”