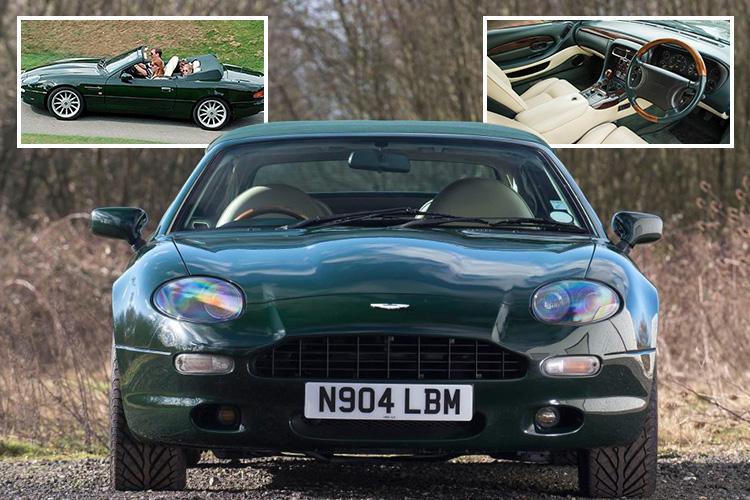 AN Aston Martin convertible has emerged for sale for just £35,000 – and it comes with a unique royal history.

The 1996 DB7 Volante was once owned by Prince Andrew, who had it custom built to drive his family around.

Andrew owned the sports car for just one year before selling it on in 1997, with several owners since who have all kept it in “exceptional” condition.

One of the last public photos of the Royal and ex-wife Sarah Ferguson together as a couple is pictured in the green DB7.

The shot shows the pair accompanied by their two young children Princess Eugenie and Princess Beatrice, who are sat in the back.

Prince Andrew and Ferguson separated in 1992 but their divorce was not completed until May 1996, making it likely that it is one of the final photographs taken of the pair as man and wife.

The two-door motor has just 72,000 miles on the clock and has British racing green bodywork with a folding roof in the same colour.

Inside there are four cream leather seats, with green leather door linings and dashboard.

The motor contains a 3.2-litre engine producing around 330bhp, which gives the DB7 a top speed of 160mph.

Tim Schofield, head of the motoring department at Bonhams, said: “It is quite possible that the recent buzz around the Royal wedding could help to increase the value of this car.

“People always tend to get excited by royal connections and this is also an excellent example of a very popular Aston Martin so we expect it to perform well at auction regardless.

“The car was originally built for Prince Andrew in 1996 and it is believed to have been driven by him for the first year of its life before passing to its next owner who kept it till 2004.

“It is in good condition, and has covered only 72,000 miles from new. It has been carefully stored and used largely during the summer months.

“The interior has recently been refurbished and is immaculate. It is a beautiful example of a popular model, and interest in it has been steadily building.”