Latest UK NewsThe latest breaking news from the UK
Home Business The damage Liz Truss did to the economy may not be as...
Facebook
Twitter
Pinterest
WhatsApp 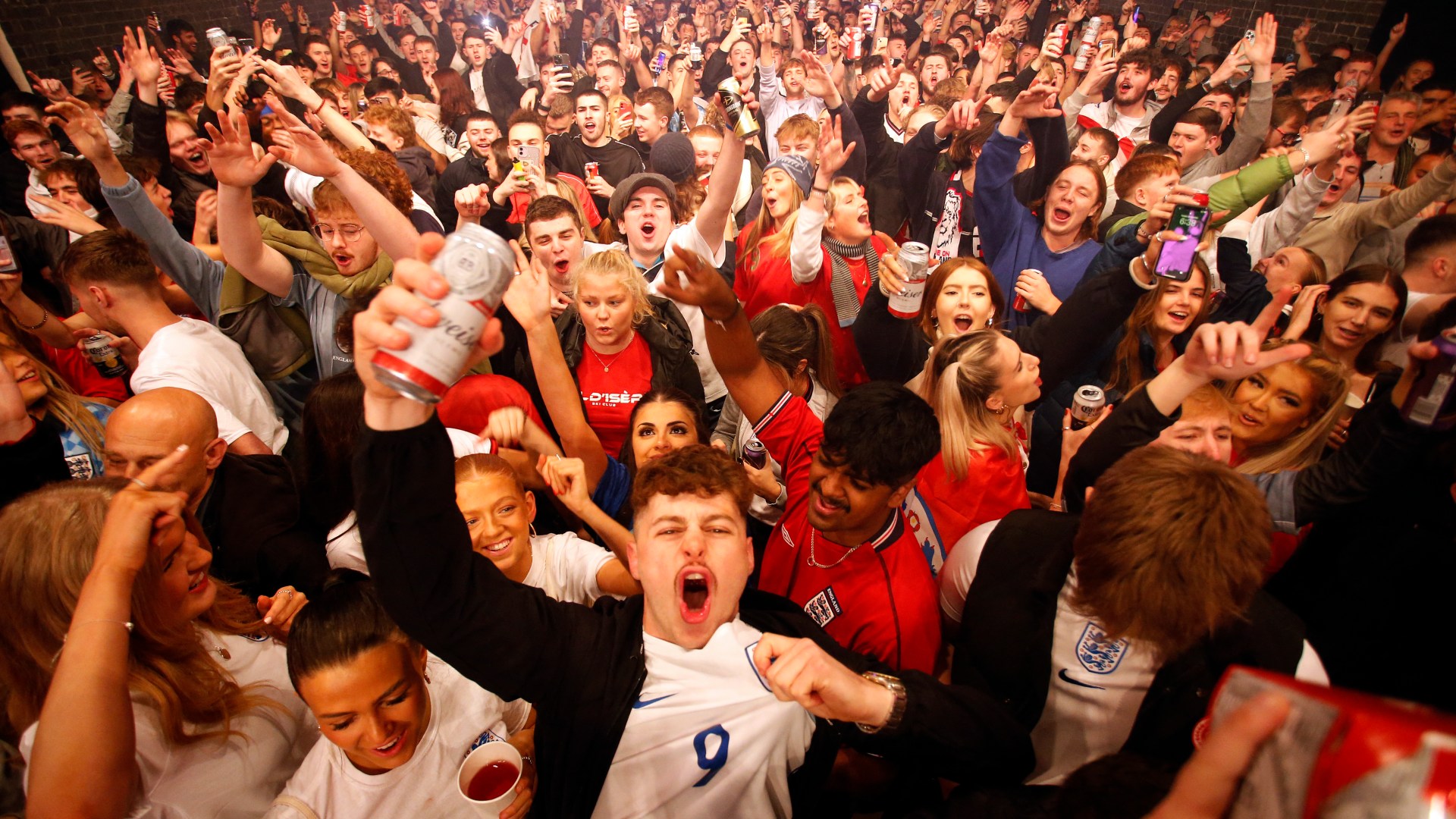 WHISPER it, but the economic outlook might be a bit better than the gloomy experts had us believe.

Thanks to football fans cheering on England and Wales in boozers, the economy has swerved a recession.

Rather than the sobering 0.2 per cent fall predicted in November, it inched 0.1 per cent higher instead.

The Bank of England believed the UK was already in recession, predicting a ­bitter winter due to soaring inflation and higher interest rates.

Its failure to tackle runaway price increases when they first started creeping in meant the Bank’s knock-on impact of higher mortgage bills has added to the pain of higher food, fuel and energy costs for households.

But, as we have proved time and time again, we’re a resilient bunch and “the beautiful game” gave the whole country a boost during the World Cup. 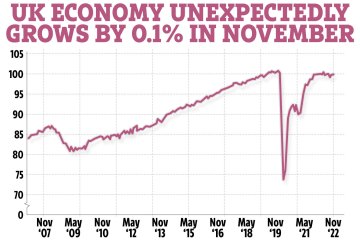 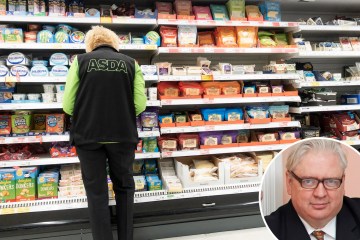 As a result of punters sinking pricier pints, it is no longer nailed-on that the economy will meet the technical definition of a recession — which requires two ­consecutive negative quarters, or six months, of shrinking growth.

And what we heard from the biggest names in retail this week, from Tesco to Marks & Spencer, was that Christmas trading had been much better than expected.

Tighter budgets meant that shoppers were switching to discounters Aldi and Lidl and cheaper frozen food and own-brand labels.

But they also still wanted to treat friends and family to celebrate the first Christmas in three years without Covid restrictions.

It was a tale of two halves. While ­budget lines were at record highs, so were sales of champagne.

Nightmare food inflation figures give no credit to just how canny people are, as the Office for National Statistics only ­compares the exact same products that shoppers put in their baskets a year ago.

Most households are better than ­policy wonks at working out how to make their budgets go further — they save on the basics and indulge in the special treats that lift the spirits.

It might just be now that it’s an ­upmarket ready-meal, rather than a meal out or night on the town.

And while postal strikes caused huge pain for small online businesses who lost trade by having to cut last-order dates, shoppers returned to the High Street for last-minute gifts with the best footfall since the pandemic.

As a result of the festive bounce, fears that the UK would be headed to a brutal two-year recession have been softened.

Now even analysts at Goldman Sachs are predicting a “mild” recession this year.

Inflation has peaked in the US, adding to the idea that its central bank will ease the pace of interest rate rises.

This is important because the powerhouse economy usually sets the precedent for what happens over here.

While prices are still higher than two years ago, bosses at Next and Sainsbury’s have suggested there are “chinks of light” as inflationary ­pressures have eased.

Factory prices in Asia and shipping costs have come down, which has a huge impact on the raw cost of goods for UK retailers.

There’s also a sigh of relief that energy prices — the biggest cause of inflation over the past year — are falling.

This week, analysts at Investec cut their forecasts for the second time in two weeks as they predict prices will fall faster than previously thought — meaning the energy price cap will be more like an average £2,478 in January rather than the £6,000 once feared last year.

What we really need more of is blustery British weather to power our wind ­turbines and reduce our reliance on ­foreign energy imports.

As inflation comes down, there will be less need for the Bank of England to be as aggressive at hiking interest rates.

Traders are now betting the base rate — which is used by banks to set borrowing and home loan costs — will peak at 4.5 per cent, rather than the eye-watering 6 per cent predicted.

This will hopefully start to show in banks lowering their mortgage quotes and breathing life back into a ­slowing housing sector.

And, unlike in other recessions, the UK still has record-high levels of employment.

This growing sense that the outlook might not be armageddon after all is ­powering the FTSE 100 — the London Stock Exchange’s index of the biggest companies — to its highest level since May 2018.

City experts even reckon it could hit a record high of 8,000 points this year.

The stock market’s gains are happy days for our pension funds, which ­typically follow the index.

The damage done by the Liz Truss and Kwasi Kwarteng mini-Budget in ­September, which caused pension funds to dump ­government bonds and other assets, has since been stabilised.

However, amid all these reasons to be cheerful, it is important to not get carried away.

Times are still incredibly tough and the poorest households are being hit the hardest.

We still don’t know how much debt was racked up by squeezed households to afford festivities and what the ­hangover of that will be.

And because wage rises have not kept pace with the higher cost of goods, real disposable incomes are still expected to fall by seven per cent, or roughly £2,100 per household, this year.

So while the country’s economy might not be shrinking, households will ­continue to feel the pain of a downturn in living standards.

The small comfort might be that it will not be for as long, or as deep, as had been thought.