Latest UK NewsThe latest breaking news from the UK
Home Health The only symptom I had was a painful cyst – now I’ve...
Facebook
Twitter
Pinterest
WhatsApp


A 30-year-old man thought he just had a painful cyst – before he was told he had incurable cancer.

Adam Raszka was just a year on from getting married when his plans were cut short.

He was diagnosed with a rare and aggressive type of sarcoma cancer in August 2020.

The young man has survived for 19 months since, but thinks he tragically only has a few months left to live now.

He told how he went for a check up on a “tender and painful” cyst on his groin, that hadn’t responded to antibiotics.

Adam told Birmingham Live: “I went to the hospital with something completely different which didn’t happen to be anything serious. 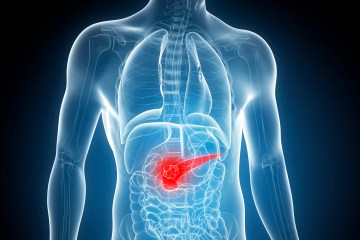 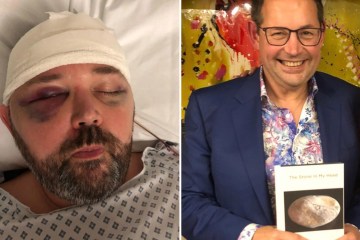 “They found the cancer after examining me. Some of my lymph nodes in my groin area were swollen.

“It was just a cyst. But if not that I wouldn’t know I had got it and it would have got even worse. I had a scan the next day they said it was most likely lymphoma.

“But I had scans and they said it was quite widespread as well through my abdomen area. One of the biggest tumours then was 12cm long.

“I had to wait a bit more for a proper diagnosis and treatment because it’s a very, very rare type of cancer.”

Only around 200 cases have been found of this particular cancer, with Adam told very early on it was not curable.

While there isn’t a great deal of data, people with the condition usually live for about 18 months after being diagnosed.

The now 32-year-old simply wants more time to be with the people he loves and tick off some more dreams.

But he is unable to work so Adam and wife, Dorota, need help to try and spend the time they have left together doing fun things.

His wife has launched a GoFundMe page with a target of £3,000.

Surgery last June removed two kilograms of tumours, with a third of his large intestine.

Doctors hoped Adam would live a normal life after the operation, but tragically the cancer returned a few months later.

Soft tissue sarcomas are a group of rare cancers affecting the tissues that connect, support and surround other body structures and organs.

This can include fat, muscle, blood vessels, deep skin tissues, tendons and ligaments.

Soft tissue sarcomas can develop in almost any part of the body, including the legs, arms and tummy.

Soft tissue sarcomas often have no obvious symptoms in the early stages, but can cause symptoms as they get bigger or spread.

The symptoms depend on where the cancer develops, and include swelling under the skin, swelling in the tummy with pain and the feeling of fullness and swelling near the lungs that can cause a cough or breathlessness.

You should see a GP if you have a lump – particularly one that’s getting bigger over time.