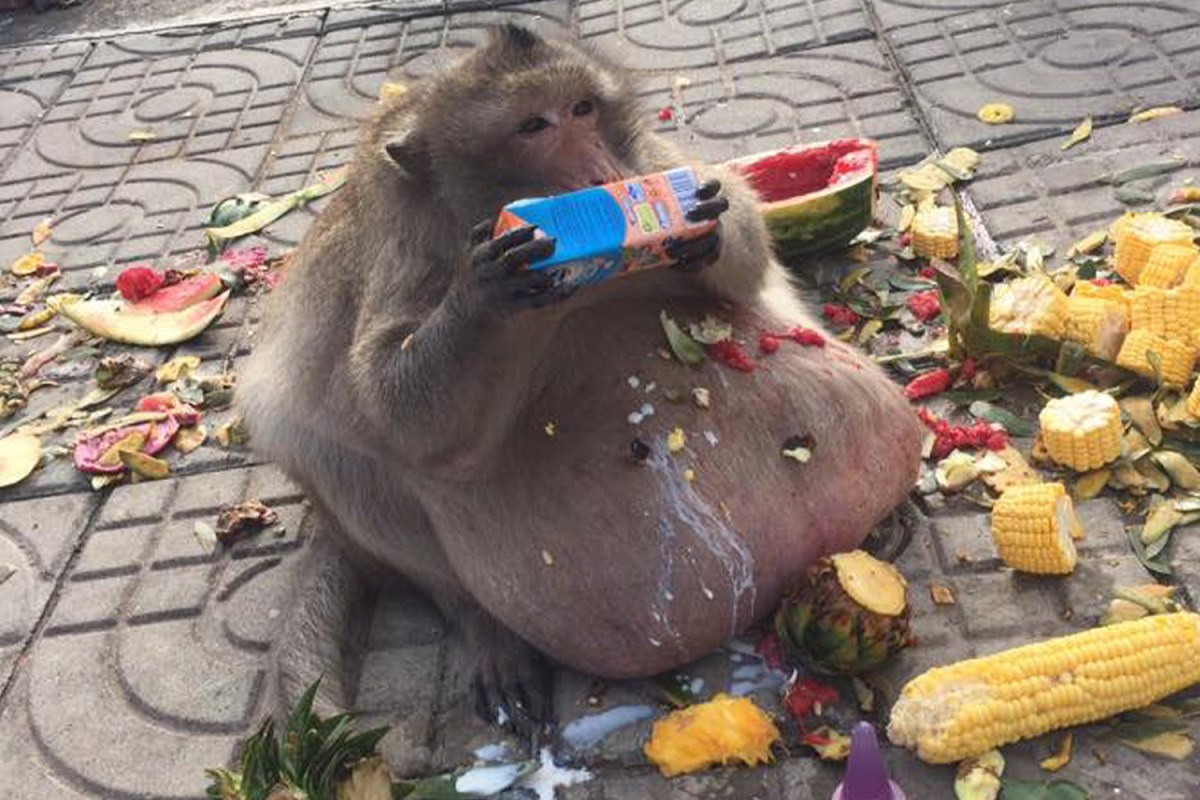 AN obese monkey nicknamed Uncle Fatty ate himself to death on tourists’ food after falling off the wagon, it is claimed.

The fat macaque weighed 15kg at his peak – almost twice the average adult weight of 8kg.

He was regularly handed his favourite treats like melons, milkshakes, sweetcorn and noodles by visitors at a floating market in Bangkok, Thailand.

And as the leader of his pack, he would also often commandeer snacks from other monkeys.

He reportedly lost 2kg at a fat camp at the Nakhon Nayok wildlife rescue centre in May 2017.

His pack fought with workers to stop him being taken away and Thai primate conservation group Monkey Lovers wanted him returned to his friends promptly because he was not sick and was the leader. 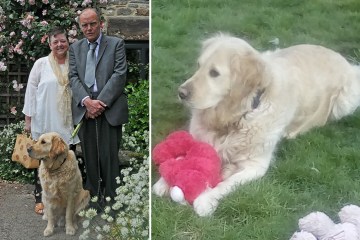 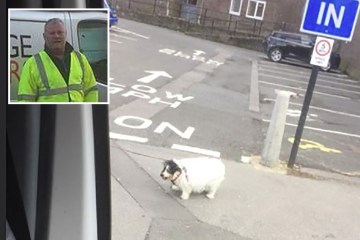 But the morbidly obese monkey relapsed later in the year before suddenly disappearing.

It is thought he was last seen alive in February 2019.

Kavinaphat Mongkoltechachat, the president of the We Love Monkey Club, said: “Our staff always saw him sitting in front of the monument every time they came to feed the pack. But one day, he was just gone.

“We thought that he was just sick and might have gone into a deep forest to heal himself.

“We decided to search there the following week but still couldn’t find him.”

Experts predicted he was already dead because monkeys isolate themselves when they know they are weak so others do not see them dying.

They remain split on whether the 20-year-old died from gorging on junk food or old age.

The chunky monkey’s body has never been found.