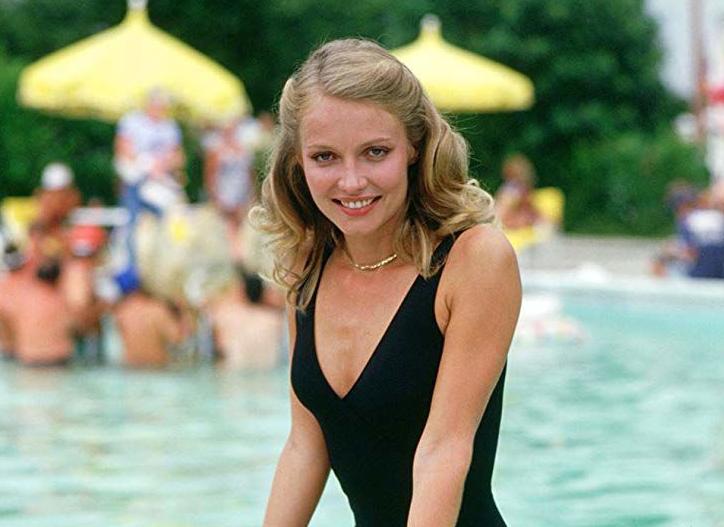 TRON first graced our screens four decades ago and quickly cemented itself as a science fiction all-time great, sparking the careers of many of its actors.

Cindy Morgan, in particular, first gained widespread recognition for her portrayal of Lora Bradley in the action-adventure flick.

At the age of 25, Morgan made her official acting debut in an episode of the comedy series Up Yours in 1978.

Just a year later, she received a big break when she was cast as a supporting character in the sport comedy film Caddyshack – a movie that many have accredited to launching her career.

Eventually branching out to television, Morgan received her first major role in the CBS adventure series Bring ‘Em Back Alive.

Around that same time, Morgan, then 27, was also cast as one of the lead protagonists in Tron, appearing as a blonde bombshell beauty.

Based on a story by Bonnie MacBird and Steven Lisberger, the Walt Disney film centred around a computer programmer at ENCOM who must find a way to escape from inside his computer, after being transported into its software world.

Over the past few years, the actress, now 67, hasn’t been all too active within the industry.

Her last film appearance came in the short film Face of the Father in 2016, with many fans left wondering why.

There were some rumours about her starring in an action film called The Seventh Year, however, that never seemed to have materialised into anything solid.