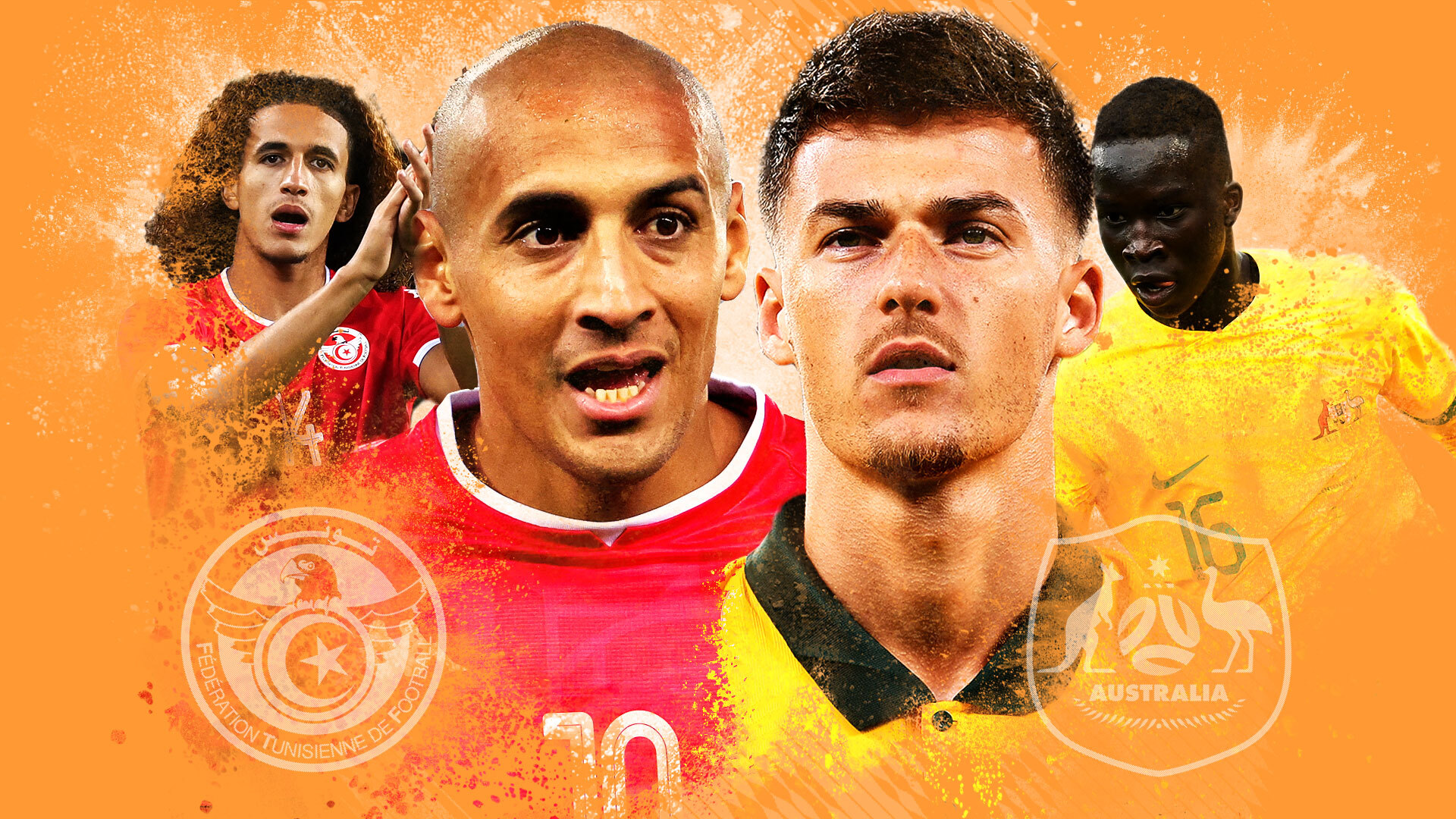 TUNISIA and Australia go head-to-head knowing nothing but a win will do.

Both nations failed to win their opening Group D match.

And if either have any aspirations of reaching the last 16, they almost-certainly need to win this one.

This is each team’s easiest match of the group stage on paper, with France and Denmark the likely candidates to make it into the knockout stages.

SunSport takes a look at what to expect from the Tunisia vs Australia… including score prediction.

Tunisia: The major underdogs against tournament dark horses Denmark, they managed to snatch a creditable 0-0 draw.

You’d wager Tunisia would happily take draws against the Danes and France and go for all three points against the Socceroos.

Australia: It all started so well, shocking reigning champions France by taking a 1-0 lead.

But they were ultimately thumped 4-1, as Adrien Rabiot, Olivier Giroud (two) and Kylian Mbappe got on the scoresheet.

A win against Tunisia is vital to their hopes of progressing.

Tunisia: There are no fresh injury concerns for Jalel Kadri.

But Wahbi Khazri – the leading scorer in the squad – should return to the squad following an injury that saw him miss matchday one.

Australia: Graham Arnold has a fully-fit squad to choose from.

Now he just needs to decide whether to overhaul his squad following their defeat to France or stick to his guns.

Tunisia: Wahbi Khazri has the potential to be his nation’s key in this one.

Returning from injury, the former Premier League striker who played for Sunderland, is his side’s top goal threat.

And after a goalless opening match, he’ll be sorely needed.

Australia: Goals win games, and like Tunisia, the Aussies will need to lean on their main man.

Mathew Leckie has 13 international goals to his name and will look to add to that on the biggest stage in Qatar.

These two nations have played twice – once in a friendly and another in the Confederations Cup.