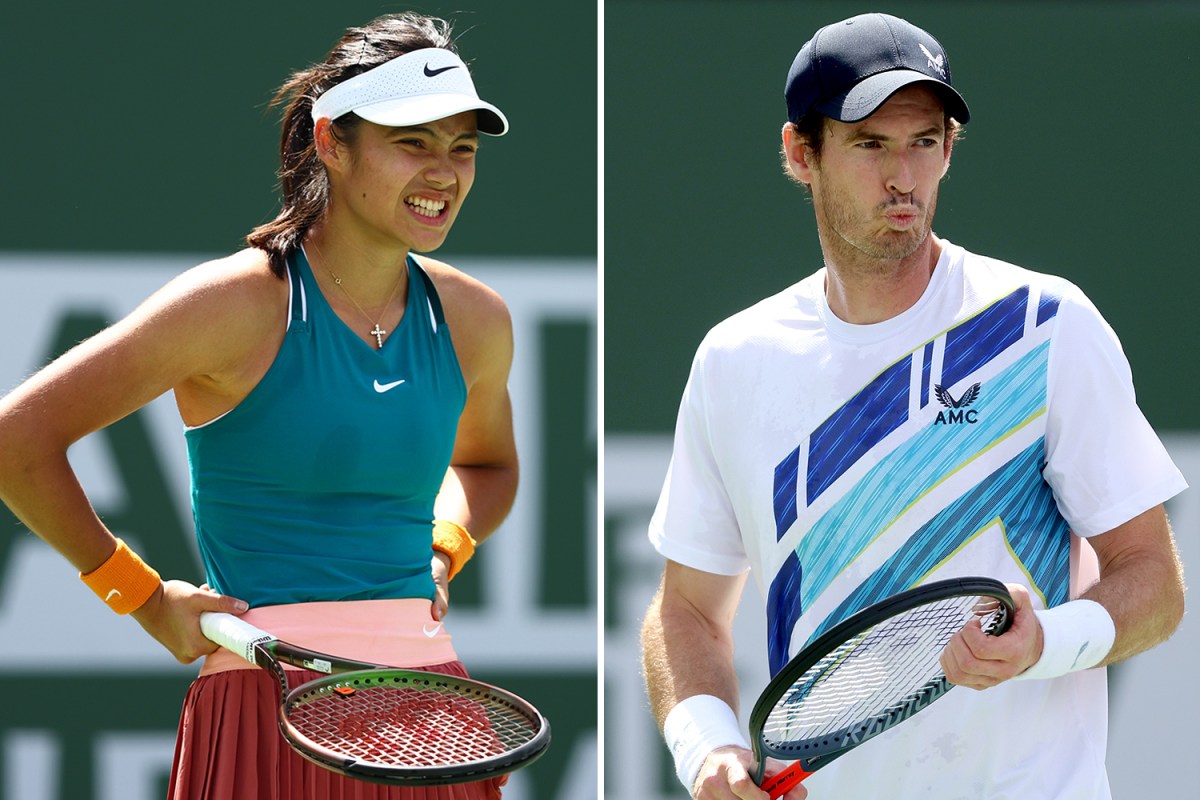 ANDY MURRAY, Jamie Murray and Emma Raducanu all crashed out at Indian Wells on the same day.

Andy lost to No 31 seed Alexander Bublik, Jamie lost his doubles game and Raducanu, the 11 seed, lost in three sets to world No 86 Petra Martic.

The Brit star, 19, had several chances to eliminate the Croatian from the BNP Paribas Open third round.

But a hefty number of errors cost her dear she was beaten 6-7 6-4 7-5 after two hours and 45 minutes of fierce combat.

The reigning US Open champion has not won back-to-back matches since playing in Romania in late October.

But she will fly to Miami now in an attempt to regroup and try to kickstart her 2022 season.

The first set in the desert was a gruelling one, Raducanu eventually winning the tie-break after 61 minutes of action despite being 5-3 up.

The Brit was a break up in the second set but could not convert the opportunity as Split star Martic, 31, levelled up.

The Kent ace, who has returned from a recent hip injury, will be kicking herself for not making the most of her chance while serving at 5-4 up in the third set.

But she was broken for the seventh time and ended up having to bag her packs from the fifth biggest tournament on the circuit.

Viewers watching the match on Amazon Prime Video had a terrible experience due to audio problems.

The three-time grand slam winner had three set-points as a tight first set went to a tie-break but was unable to convert and world number 33 Bublik edged ahead.

The Scot then spurned two break points in the opening game of the second set before being broken himself in the fourth game.

He dug deep to save three break points in the sixth game but could not force his way back into the match and Bublik closed out victory.