Latest UK NewsThe latest breaking news from the UK
Home News UFC 272: Why do Masvidal and Covington hate each other and were...
Facebook
Twitter
Pinterest
WhatsApp 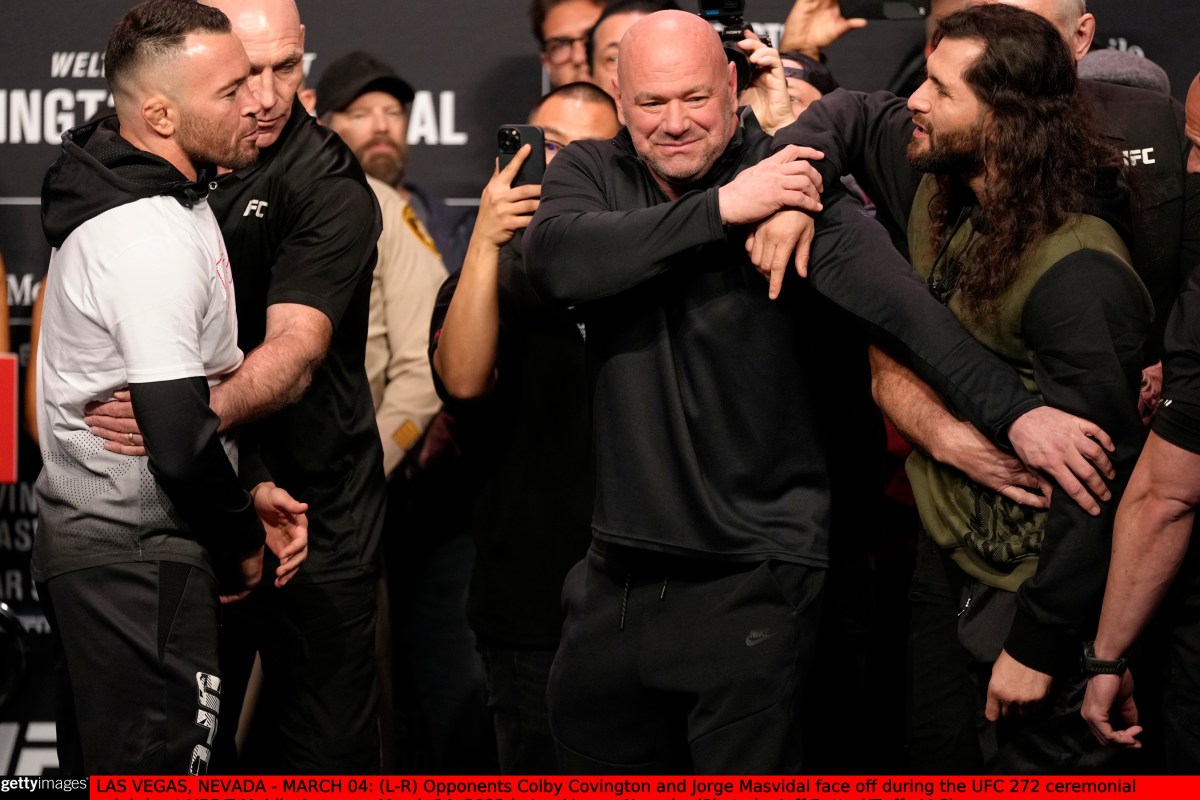 AFTER four years of trash talk, Jorge Masvidal and Colby Covington will finally get the chance to settle their ‘blood feud’.

The former American Top Team team-mates will lock horns in an eagerly-anticipated grudge match on Saturday night in the main event of UFC 272 in Las Vegas.

The showpiece bout for the MMA leader’s third pay-per-view event of 2022 will draw the eyes of the entire combat sports world following a very public and very heated build-up.

But there are two questions many casual UFC fans are asking ahead of fight night: Why do Jorge and Colby hate each other?

And did they used to be as close as pictures and videos suggest? The answer to those questions: an emphatic yes.

As well as being team-mates at ATT, the former two-time welterweight title challengers used to live together.

Fan favourite Masvidal took in Covington and allowed him to stay in his spare room as he made the transition from wrestler to fully-fledged mixed martial artist.

The act of kindness would lay the foundations for a since-shattered bromance – which at one point in time looked unbreakable.

Covington’s post-fight roar after his 2017 victory of Don Hyun Kim epitomised the strong bond the pair used to have.

As he embraced Masvidal, Covington said: “Us two against the world, baby. What’s up?”

It seemed unthinkable that the pair – who spent their free time with one another outside the confines of ATT – would ever fall out.

But fall out they did 11 months after Covington got his hands on interim UFC gold.

And as is so often the case when friends fall out, money was the catalyst for their very public break-up.

Covington became Masvidal’s sworn enemy after he didn’t pay the Miami mauler’s trainer – Paulino Hernandez – for coaching him for his interim title fight with Rafael dos Anjos at UFC 225.

Masvidal said: “I was already like, let me start separating myself from this guy little by little, and then, ‘Bam!’

“Before I could even like fully (separate), he betrayed my coach.

“Didn’t pay him the money that was agreed upon and I knew since then I’m gonna hurt this guy.”

And when Covington stunned fight fans by putting Masvidal – the man he repeatedly called his ‘best friend’ -in his crosshairs with digs in interviews and on social media, there was no going back.

Their relationship soured to the point where ATT chief Dan Lambert had to schedule their respective training sessions so they didn’t come to blows.

But come to blows they almost did – on more than one occasion.

That incident – along with the breaking of ATT rules not to bash team-mates – led to both men being ejected from the gym.

Lambert told MMA Junkie: “Yeah, it got toxic. And it got to the point where it was affecting the gym.

“But we’ve always been able to separate that, keep some professionalism in the gym and not let it affect the team.

“Their situation just got to the point where it was affecting people inside the gym and I couldn’t keep it under control.

“At one point, we had to tell both of them to leave.”

Masvidal wasn’t totally shocked to see Covington turn on him after his infamous heel turn in Brazil in October 2017.

“There’s three sides to every story: there’s yours, theirs, and the truth. So, I was just like, this guy’s interesting.

“Tyron Woodley brought him out.

“He was giving him like $1,000 a week, something crazy like that when this guy was an amateur just to train with him for four weeks.

“Sponsors, food, and then he just came back talking s*** about Woodley in a negative way.”

Covington doesn’t have an ounce of regret for the turn his relationship with Masvidal has taken, so much so he doesn’t plan to bury the hatchet after fight night.

When asked by SunSport if he’d be open to making peace, Covington said: “Absolutely not.

“Who wants to bury the hatchet with a criminal, with a thief, with a dirtbag scumbag?

“More of his family likes me than they like him. So I’m not burying it with this dirtbag criminal.”