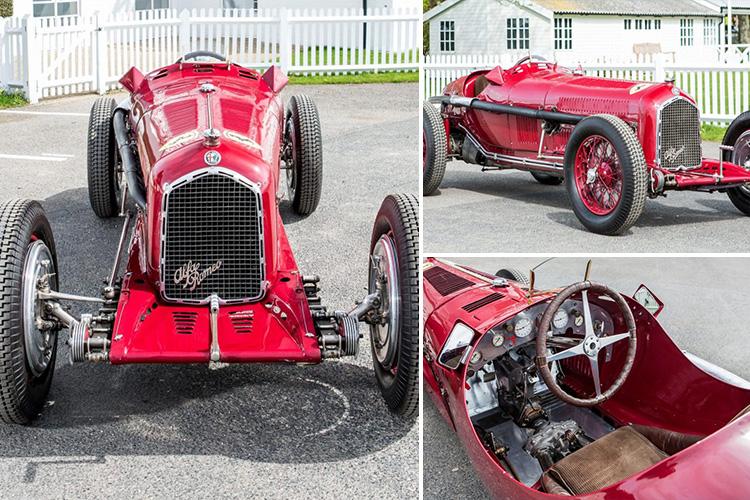 AN ULTRA-RARE Alfa Romeo racing car has emerged for sale, and experts expect it to sell for as much as £5million.

Just seven of the Alfa Tipo B Grand Prix Monoposto cars were ever built, with this one coming with a long racing heritage.

The red open-top was built in 1932 and formed part of the legendary Scuderia Ferrari team before it was bought by an individual racer for the 1935 season.

It was driven by one of the finest racing drivers of the era, Richard Shuttleworth, who used it to win the 1935 Donnington Park Grand Prix.

Shuttleworth was eventually killed in an air crash on an RAF training exercise in 1940 and the car has been with its current owner for over 30 years.

The motor is painted red and boasts the original Alfa badge on the front bonnet – but it still shows the Ferrari logo on one of the side panels in reference to its early days as one of their racers.

And the car isn’t the most luxurious inside, with just a single brown seat behind a huge steering wheel and a small windscreen.

The former racer is powered by a front mounted eight cylinder engine supported by two superchargers.

The historic Alfa has emerged for sale for the first time in 30 years with auctioneer Bonhams, who have given it an estimate of between £4million and £5million.

It has been perfectly maintained and could be entered into a number of classic racing series.

It will go under the hammer at Goodwood Racecourse, as part of their Festival of Speed celebrations on July 13.

A spokesman for the auction house said: “There is a lot of interest in these early racing cars. They are very fast, very beautiful and are eligible for some of the most glamorous classic car events in the world such as Monaco Historic Grand Prix and Goodwood events.

“This one has actually been on display at several of our auctions this year, including Paris and Monaco and it has always drawn lots of interest and attention.

“Only seven of this type of car were ever made so one at public auction is a very exciting opportunity indeed.

“It is a racing car, so racing provenance is of huge importance. Thankfully, being a Grand Prix winner at Donington in 1935 makes this a huge coup for any racing car collector.”