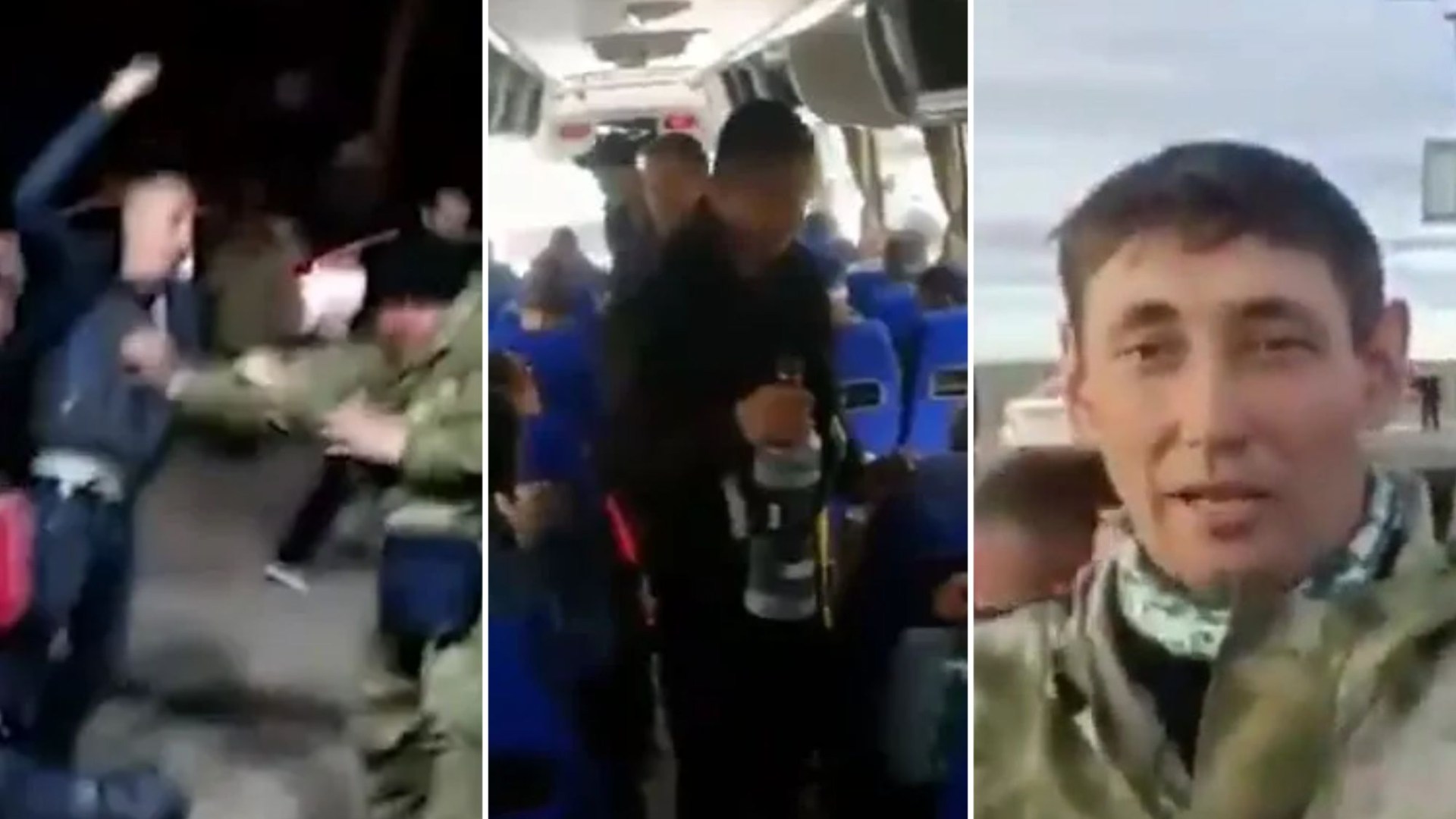 This week, Putin announced the partial mobilisation of his country, with claims at least 300,000 men could be signed up for the frontline in Ukraine.

But video from inside Russia reveals that Vlad’s recruits may be a long way from battle-ready.

Mobilised men are expected to receive just two weeks of training before being shipped off to Ukraine, compared to the six months minimum training which is usually provided.

In one clip, apparently drunk men are seen fighting among themselves next to a bus taking them to a training camp.

A man wearing a military uniform tries to keep order as the new recruits scrap with each other, at one point shoving the recruiter over. 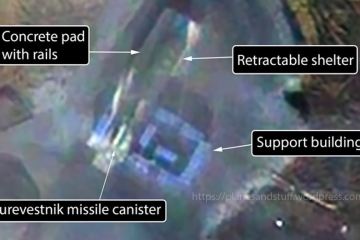 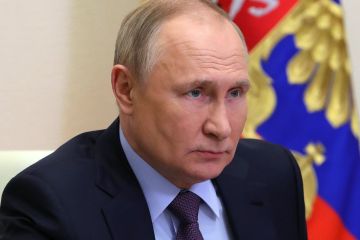 Boxes of supplies are seen next to the group of brawlers.

It isn’t clear where the clip was filmed.

A second extraordinary video appears to show a crate of beer being handed around the new recruits on board a bus heading for a training camp.

An officer passes around an enormous bottle of vodka for the conscripts to swig from.

Another video shows drunken new soldiers loudly questioning where they are being taken as they stand around next to a row of buses on a remote road in Russia.

One of the recruits slurs in Russian: “What are we going for? Where are we going? F*** knows!”

In the footage, showing men being led across the airfield, one recruit yells to himself while another staggers around, almost falling over at one stage.

A third is unable to stand and appears to have passed out in the grass next to the airfield.

Other images show recruits being led into crumbling yellow school buses due to a shortage of military vehicles in Russia.

It comes as many Russian men have looked for ways to avoid the draft and prevent themselves from being sent to die in Ukraine.

The Russian death toll in Ukraine is already believed to be more than 56,000, with tens of thousands more soldiers wounded.

Reports claim Russian men have been hastily getting married or registering themselves as carers for elderly children in a bid to get out of the war.

Google searches for “how to break your arm at home” have soared in Russia since Putin’s announcement this week.

Meanwhile, there have been huge tailbacks at the borders and a rush to buy flights out of Russia as men try to beat the cutoff point for leaving the country.

Russia’s military is notorious for its hazing rituals, including rape, torture, and theft.

So desperate is the Russian need for military recruits that convicts at some of the country’s most notorious high-security penal colonies have been offered their freedom in return for fighting.

One of the inmates reportedly signed up for the war is a notorious cannibal serial killer Yegor Komarov, arrested after a headless body rolled out of his car.

The infamous Wagner Group, Putin’s private army, has been giving prisoners including murderers and sex offenders the chance of a pardon if they sign up for the war.

Its reported leader Yevgeny Prigozhin, the man known as “Putin’s chef”, was filmed telling inmates that in exchange for six months in Ukraine, they will be set free.

But he warns that those who change their mind or attempt to run away will be shot immediately as deserters.

Meanwhile, more than 1,000 protesters have been arrested in Russia following a series of rallies across the country against Putin’s mobilisation orders.

Some of those arrested have even reportedly been handed their conscription papers at the police station before being sent to training camps.

Ukraine’s President Volodymyr Zelensky has told Russian troops they have “options” if they want to survive.

In a direct appeal to Vlad’s forces on his Telegram page, Zelensky said: “Want more? No? Then protest. Fight back. Run away. Or surrender to Ukrainian captivity.

“These are options for you to survive.”

And he described Putin’s decision to mobilise 300,000 reservists as a “frank admission that their regular army, which has been prepared for decades to take over a foreign country, did not withstand and crumbled”.