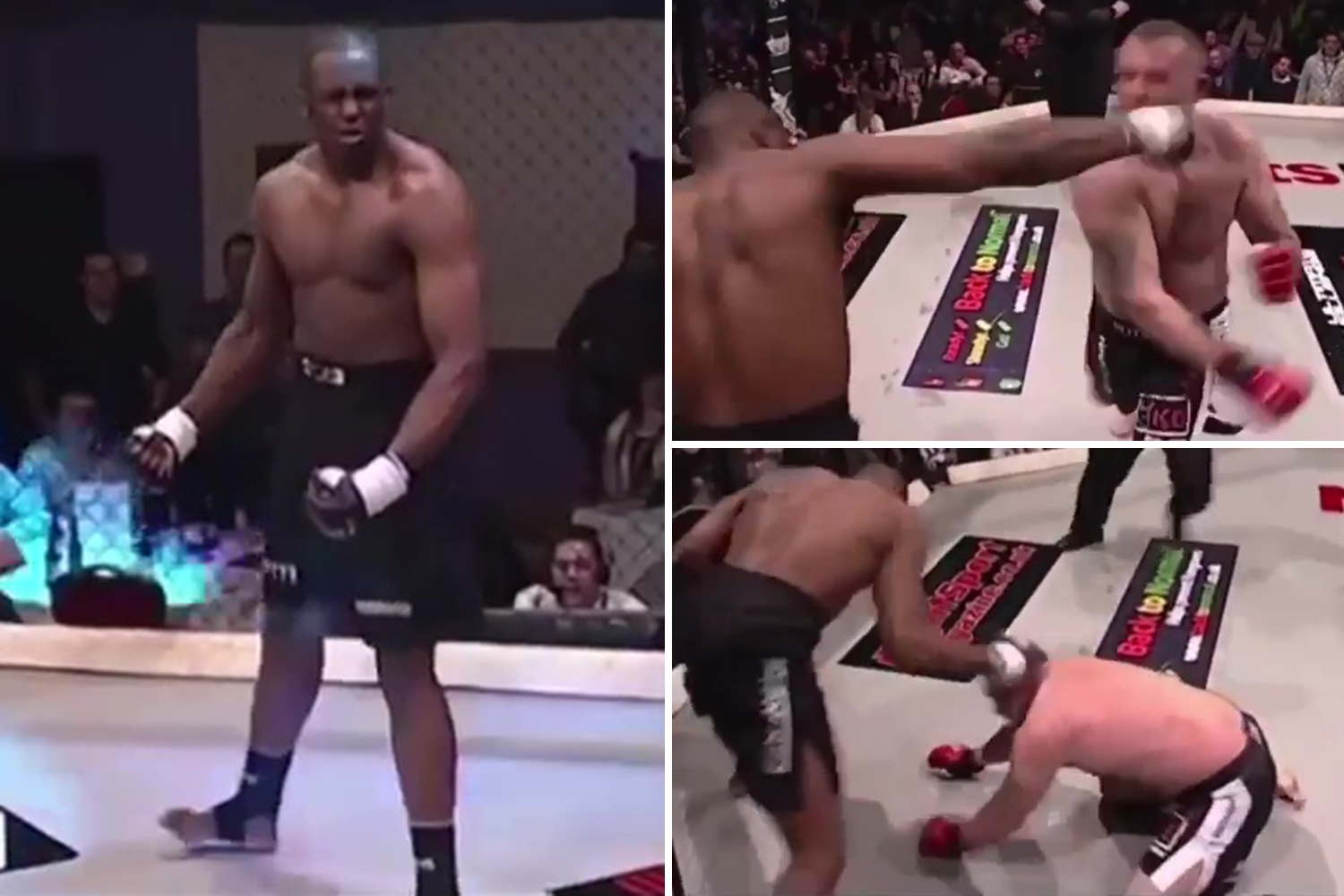 The Body Snatcher, 34, – who lost in his last outing to WBC heavyweight champion Tyson Fury – may have made a name for himself inside the boxing ring over the last decade.

But before that he had a brief stint in kickboxing and mixed martial arts.

As well as becoming British and European kickboxing champion with a 20-1 record, Whyte also had one pro MMA fight.

And it lasted just 12 seconds.

He demolished Mark Stroud with a stunning KO punch at the Ultimate Challenge MMA 1: Bad Breed event in December 2008.

Sharing the clip on his Instagram page last year, the Brixton star wrote: “Have been laying em out from an early age across all different style who want it can get it simple.”

Writing exclusively for SunSport having called out Stipe Miocic and Francis Ngannou, he revealed his desire to conquer the UFC world.

He said: “Reigning WBC and UFC heavyweight champion of the world has a nice ring to it.

“I have not trained in kickboxing or MMA for a while but, for me, it is like riding a bike.

“Once I knock off some of the rust, my instincts come rushing back and I am ready to dominate again.

“The heavyweight guys over there, champion Stipe Miocic and Francis Ngannou, are elite and I would have to work on my grappling and wrestling.

“But I know, standing up and boxing in 4oz gloves, I could knock ANY of their top-ten heavyweights out.

“I would need time to get my MMA conditioning back because it is totally different to boxing where, if you are clever, you can take time in the three minute rounds.

“In these cages it is five-minute rounds of non-stop moving, kicking, punching, wrestling — it is no joke.

“But I have better hand skills than any of them and because they try to cover a lot of aspects, that leaves a lot of holes in their game.

“The guys at the top, like Miocic and Ngannou, come from boxing but weren’t good enough to make it as pro boxers — as they could have made more money — they would usually want to stand up.”

However, a rematch with old amateur rival Anthony Joshua could be more likely than a move to the UFC with both looking to get their heavyweight careers back on track.