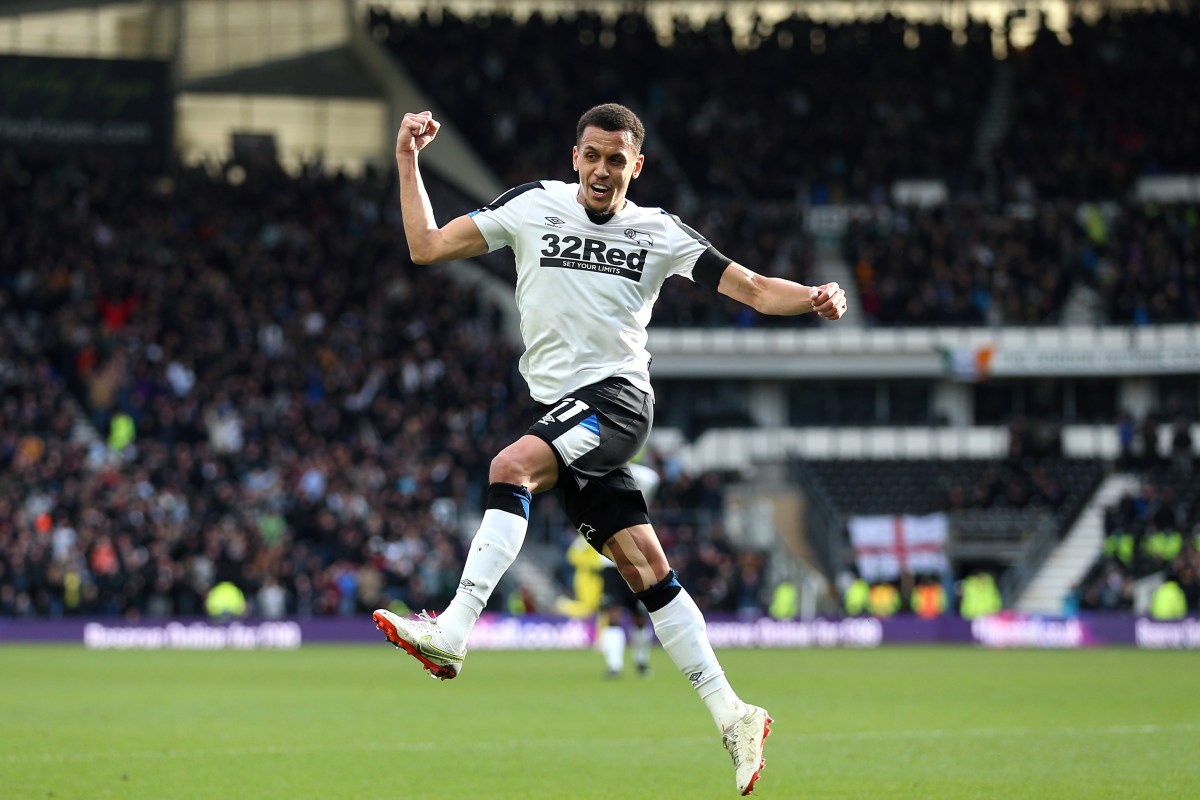 DERBY COUNTY midfielder Ravel Morrison has scored his first goal in England since 2014.

The 29-year-old netted both goals in the Rams’ 2-0 victory over Barnsley on Saturday.

His first strike in particular was dubbed ‘outrageously beautiful’ by fans.

Tom Lawrence received the ball on the left before cutting inside and directing a pass to Morrison on the edge of the box.

But, the midfielder left it to run through to Luke Plange before making a run towards goal.

Plange set the ball back to Morrison, who simply lifted it over Bradley Collins and into the back of the net.

Fans took to twitter to discuss the fantastic finish, with one person saying: “Sensational – just imagine what could’ve been at Man Utd.”

The 29-year-old’s last recorded goal in England occurred in 2014 when he was on loan from West Ham at QPR.

He has since played for Cardiff City, Lazio, Ostersund, Sheffield United and Dutch side ADO Den Haag.

Following the game he spoke to Rams TV and said: “I’m buzzing, buzzing to get back on the scoresheet and it’s a massive three points for us and the club.

“I thought it (the goal) was offside! That’s the only reason why I dinked it! And then I looked over at the linesman and the flag was down so that was a massive relief.”

Derby are now just five points from safety in the Championship.