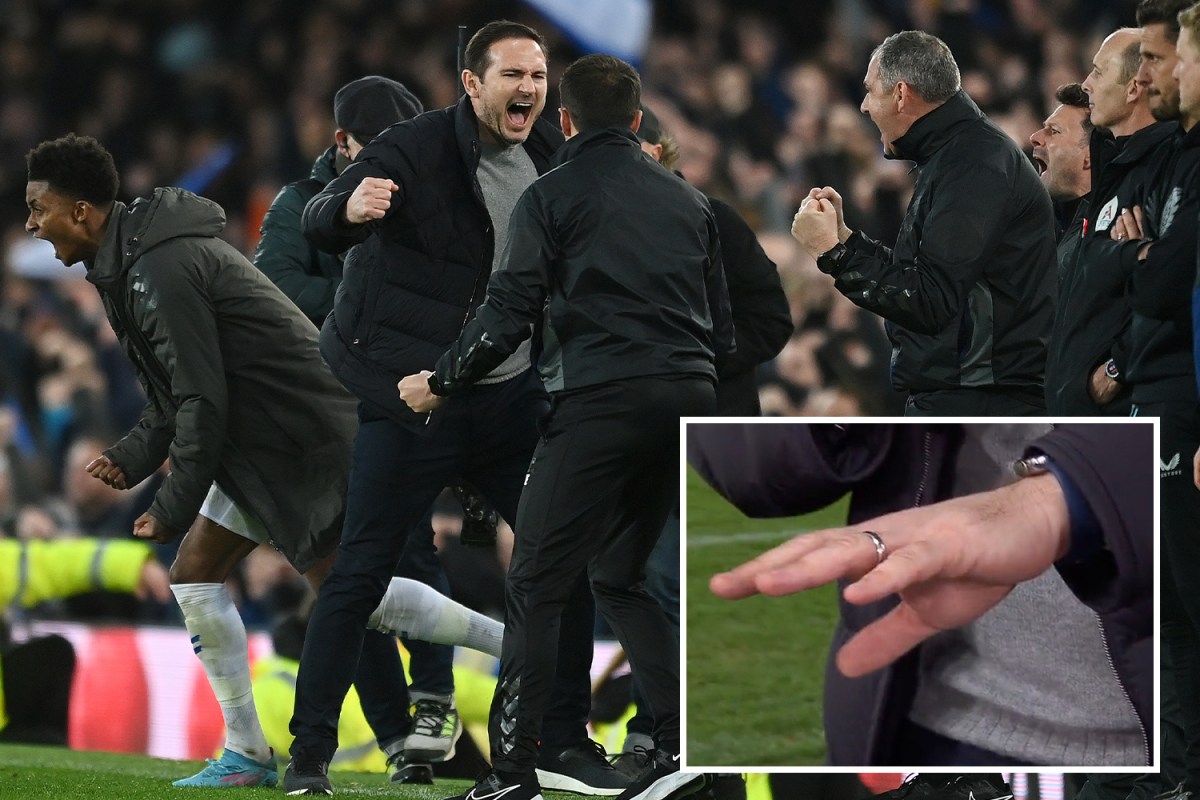 FRANK LAMPARD said he broke his hand in the dramatic Everton celebrations – but he doesn’t care.

The Toffees boss went berserk as Alex Iwobi kept his head when everyone else in Goodison Park had lost theirs.

He took Dominic Calvert-Lewin’s cute reverse pass in his stride and slotted past Martin Dubravka to score a 99TH-MINUTE winner.

He joined Richarlison and his coaching staff in jumping around in the home dugout.

But amid the chaos, Lamps took a whack to the left hand – it was shaking as he checked his watch in the final seconds.

And as he came on air to discuss the all-important three points, the ex-England midfielder was sporting a nasty bruise and lump.

He told Prime Video: “I’ve broken my hand in the celebrations. My bones must be going soft, I don’t remember the moment.

“I didn’t realise at the time but as the game carried on I was a bit sore and shaky.

“But I don’t care – I’ll take it for three points.

“It was an amazing night and we need those nights. Spirit and togetherness, the players stood up tonight.”

Lampard raged after Allan’s yellow card was upgraded following a VAR check for his cynical lunge on Allan Saint-Maximin.

That lengthy review, plus an eight-minute stoppage after a protestor cable-tied their neck to the goalposts, meant there were 14 minutes of injury time.

And in the ninth, Iwobi sent Goodison into raptures.

Lampard added: “It was not a night for quality or calm. It means so much to the stadium we all felt that. I wanted to use the atmosphere.

“Everton fans wanted to see passion. We proved what we could be tonight.”

“I don’t think it is a red card. It is a yellow, yes, is it a strong yellow? Possibly. But that isn’t a clear error. It was the wrong decision and we lose Allan for three games.”