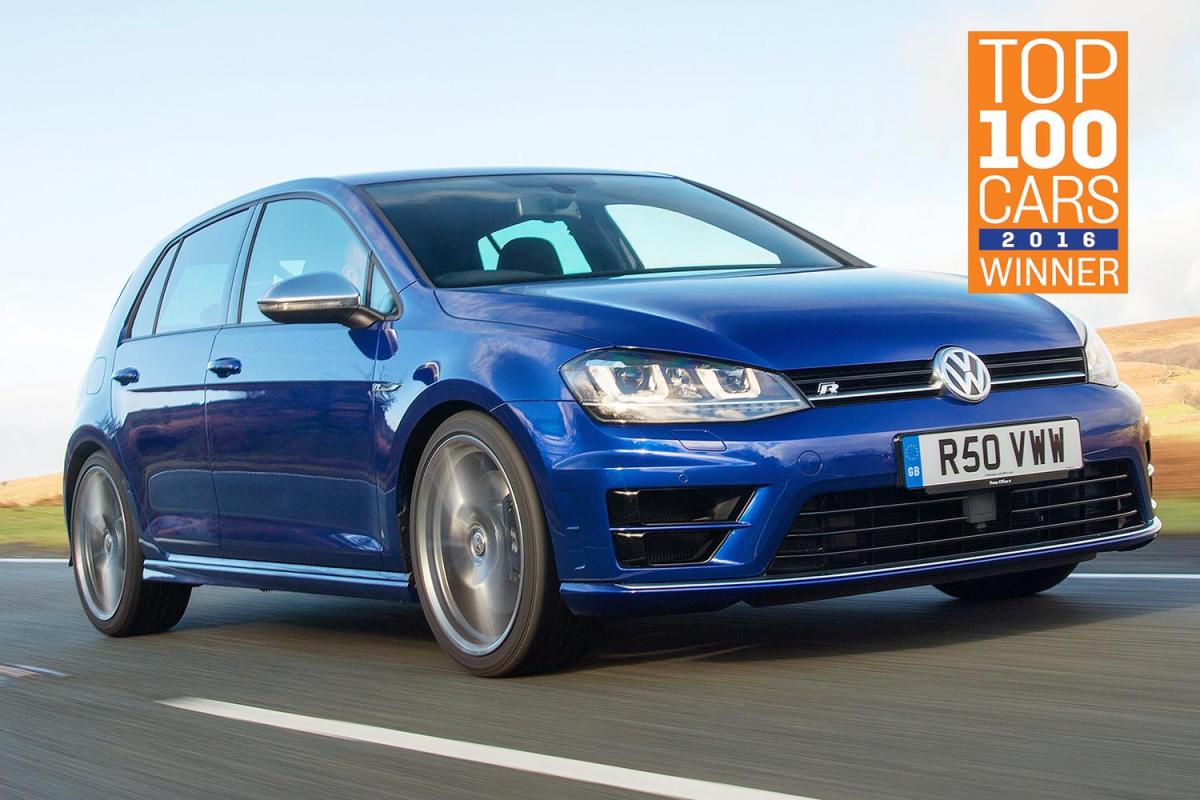 SUNDAY Times Driving has created their brilliant Top 100 Cars of 2016 guide. Read excerpts here or the full list at Driving.co.uk.

In the R variant, the unassuming shell of a standard Volkswagen Golf conceals some truly monstrous equipment: a 296bhp 2-litre engine sending its power to all four 18in wheels. Fitted with an automatic double-clutch gearbox, the Golf R will accelerate from standstill to 62mph in 4.9 seconds and on to a top speed that is electronically limited to 155mph.

It goes like a missile, but, surrounded by solid Golf and cushioned by the surprisingly comfortable suspension, you know that you’re in control — even when the hedgerows have gone blurry. It’s not like the driving you’re used to; it’s quicker. And when you’re done with that sort of thing, you can switch the Golf R into Comfort mode and trundle off home. Even the exhaust rasp you hear under hard acceleration is suppressed. It’s a revelation.

Honda’s worthy but dull Civic hatchback isn’t the most obvious candidate to spawn a fiery hot hatch tuned for the track, but it’s the quiet ones that you have to look out for. The Civic Type R has destroyed reputations on the Nürburgring, lapping the German circuit faster than a Porsche 911 Turbo as it set the record for the fastest front-wheel-drive production car on the track.

You can tell that it’s been tuned for racing. The acceleration feels raw — you are welded to your seat as you hit the accelerator. The outlandish body kit is said to pin the Type R to the ground: add in custom-made tyres and adaptive suspension and there’s certainly no lack of grip.

A stiff ride, challenging looks and engine roar come with the territory and for enthusiasts make it a car that you don’t just like — you’ll love it.

Hot hatches are turning up the temperature, so Peugeot has released an update to its standard 308 GTi, which increases power from 247bhp to 266bhp and adds larger wheels and brake discs and a Torsen limited-slip differential for better traction. At just £1,600 more than the standard car, it’s good value.

Acceleration from 50 to 70mph is ferocious: it dispatches overtaking manoeuvres in a blink. The power can overwhelm the Torsen diff — the 308 struggles to maintain grip when you put your foot down in a corner.

Aside from figure-hugging, part-leather seats, it’s business as usual in the cabin, which is roomy in the front but a little cramped in the rear. In price it slots between the Golf GTI and R — and in performance too.

The John Cooper Works Mini is a go-even-faster version of the Cooper S. The cars share a 2-litre engine but in the JCW it has been fitted with upgraded pistons and a higher-pressure turbocharger to produce 228bhp — 36bhp more than in the Cooper S.

Theoretically, the extra power should turn the hyperactive S into something crazier still, but instead the JCW has a maturity about it — less a bouncing puppy and more an energetic one-year-old dog. That said, it turns more sharply, grips harder and goes even faster in a straight line.

You can spot one by its gaping front air intakes and crackling double exhaust pipes. The price looks low until you begin adding options such as sat nav and climate control — surprisingly omitted from the standard specification.

Until the 345bhp RS arrives in the spring, fast-Focus buyers will have to make do with the 247bhp ST. It’s quick, naturally, but also steers and handles with real precision thanks to a system that keeps the steering wheel from feeling it’s being twisted out of your hands when the car is accelerating hard.

As with all good sports cars, the ride is firm but never uncomfortable. The engine suffers some turbo lag, but the slick six-speed gearbox makes it easy to summon up more performance.

So you don’t forget you’re driving a fast Ford, the engine’s fruity exhaust note is piped into the otherwise quiet cabin. It’s not as classy in there as in a Golf but it’s well made and includes Recaro sports seats.