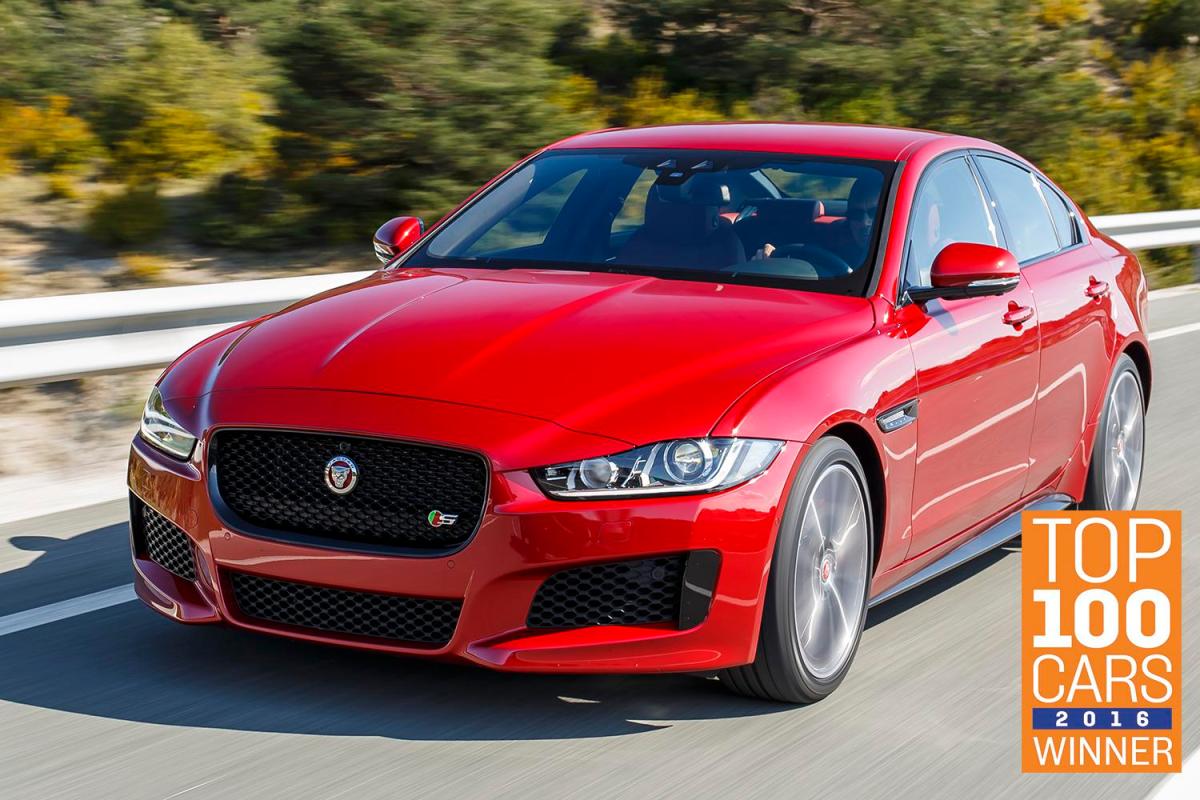 Arguably the most competitive class of 2016

SUNDAY Times Driving has created their brilliant Top 100 Cars of 2016 guide. Read excerpts here or the full list at Driving.co.uk.

Your eyes don’t deceive you. This really is a small Jaguar saloon at the top of its class. And that’s not because two of its biggest rivals — the BMW 3-series and Mercedes C-class — are absent from this list. We’ve chosen to put the Germans in the estate category because we think they are at their best in that body style. But even if they were ranked here as saloons, the Jag would still be at the top, quite simply because it’s the best car to drive in its category.

Its secret appears to be independent rear suspension that makes the car responsive but also comfortable on British roads. The upmarket cabin helps disguise a somewhat stingy specification (sat nav is standard but a parking camera is an option on even top-spec cars) and the engines – even the extremely efficient diesels – perform with all the purring smoothness you’d expect from a car with a big cat on its bonnet.

If only everything in life were as classless as this VW. If you could drive just one car for the rest of your life, you’d probably be perfectly happy if it was one of these understated hatchbacks.

It’s a car so crucial to Volkswagen that it lets only its best engineers work on each new generation — and you can tell with the current model. It oozes quality from its shut lines, paint finish and cabin materials.

The entry-level models are practical and efficient family cars; the high-end versions are blisteringly quick. Your mind will be bent by the choices to make in terms of body styles, trims, transmissions and engines – it is available in electric, hybrid, petrol and diesel forms – but a five-door diesel (rest assured, current engines are unaffected by the emissions scandal) in mid-range trim is everything most of us will ever need.

Audi has just relaunched its A4 saloon. Not that you’d have noticed from the outside,  because it looks virtually identical to its predecessor.

You’ll know when you’re sitting  in the hi-tech cabin, though. The car is more engaging to drive than ever, even though the options list is full of electronic safety and assistance gadgets. But it’s also impressively smooth and quiet, with levels of refinement that lead the class.

Even though some Audi diesel engines are part of the emissions crisis involving VW, its parent, the entry-level 2.0 TDI ultra is the version to go for. It’s not implicated in the scandal, is powerful enough, and is so frugal in official tests that road tax will cost you £20 (or nothing if you opt for the manual transmission).

It’s been a long, long time since we’ve been able to say this, but Vauxhall’s new Astra is one of the best and most hi-tech cars in its price range, with the option of its OnStar system, which creates a wi-fi hotspot for the car and also offers a concierge at the end of a phone. At the touch of a button, the concierge can find you a restaurant and send directions to download to your sat nav.

You can also have heated rear seats, intelligent headlamps that block out parts of the main beam to avoid dazzling other drivers, a dashboard screen that can run Apple CarPlay or Android Auto software — so you won’t need to change your phone to play your music — and an outstandingly quiet diesel engine.

The Astra feels well built, too, and drives capably, with a good balance between ride and handling. Cabin space is pretty much par for the course in this group of cars, but if you need more boot space, an estate version has just been launched and there will also be a coupé along soon. You really can’t do much better for the price.

If you know anything about the Clubman, it will probably be that the car  once had only one rear door — which opened into the road. The car turned into a marketing nightmare.

And that’s why Mini has started again with a new Clubman,  which has all six doors where they should be (two on both sides and two more at the back, of course). Now it’s ready to lure in anyone who wanted a Mini  but needed more boot space.

Don’t expect too much, though. It may look like an estate car but it truly is mini when it comes to luggage space: the boot is slightly smaller than a Golf hatchback’s. The car is now a more comfortable ride but it’s still fun to drive and has the most stylish cabin in the business. It’s also heavier, so go for the more powerful Cooper S.