IF Bake Off has got you in the mood for making your own bread and cakes, you’ll be pleased to know you won’t have to break the bank to pay for your kneading needs.

Budget supermarket Aldi is selling a dupe of the classic KitchenAid mixer for less than £50 and it has had more than 300 five-star reviews.

Many other firms are selling kitchen mixers and offering decent discounts for Black Friday.

Here, Lynsey Hope reveals all you need to know about some top mixers and awards them marks out of ten for baking suitability and value.

The 800w motor is powerful enough and it has a generous 5-litre stainless steel mixing bowl. The accessories include a flat beater with ­silicone lip, splash guard and non-stick dough hook. 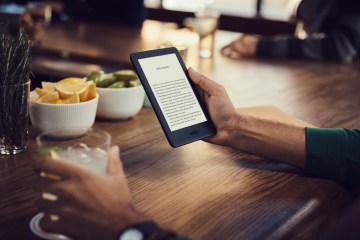 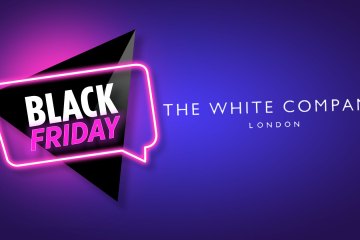 It’s simple to use and available in several colours. Budget-friendly, stylish, it produced delicious dough and cakes.

Will it last? The jury is still out but it does have a three-year warranty, which is promising. A real Aldi winner.

THIS budget option, which can be used as both a hand and stand mixer, did a great job.

I loved the large mixing bowl and the mixer attachment easily detaches if you want to use the hand mixer, which I preferred.

It’s not as stylish and lacks the power of more expensive versions and, if I’m being super critical, it is a bit too noisy, but for £40, it’s fine – especially if you’re a newbie starting out.

THE KitchenAid brand’s starring role in the TV Bake Off tent has made it the nation’s go-to mixer.

While not many of us can afford the high price tag, there’s no denying it is built to last a lifetime.

Some KitchenAid models cost £700, but this mini version was big enough to whip up a decent batch of cakes.

The attachments are easy to fit and remove and the mixer takes all the hard work out of kneading. The only downside is the price.

EVEN though this is “compact”, it still has a five-litre stainless steel bowl so I imagine it would be big enough for most Bake Off wannabes.

There’s a whisk, beater and dough hook included and it has six speeds and a powerful 1200w motor.

It has silicone feet to stop it slipping but I found these were almost too strong – you had to really tug it if you wanted to move it off the counter.

But all in all, it offers good quality for the price.

NOT my favourite but a decent option for novice bakers.

It’s sturdy and easy to clean.

I didn’t rate the dough hook for kneading bread and it wasn’t very useful for making small quantities of dough as it tends to get stuck on the side and you are constantly scraping it off the bowl so you have to turn it off.

Also, at higher speeds sometimes I felt like it was going to take off and I had to hold it down.

SWAN has been making mixers since the 1920s and this retro model proves experience pays.

Sleek and chic, it performs well and comes with a dough hook, beater, whisk and splash guard, and all the accessories seemed robust.

It did a great job of mixing ingredients, getting everything even with no hidden lumps.

Although it cost a smidge over £100, which isn’t cheap, I would have thought it cost double that.

THEY demolished the giant blast ­furnace at Redcar...
Football

STRICTLY'S Neil Jones has thrown shade at the...
Business

THEY demolished the giant blast ­furnace at Redcar...
Football

STRICTLY'S Neil Jones has thrown shade at the...
Business

Military is ‘failing its people’ with quarter living in squalor, says officer

AN Army officer says the military is “failing...

THEY demolished the giant blast ­furnace at Redcar today and you could hear the explosion from 20 miles away. Once the biggest of its...
Read more

STRICTLY'S Neil Jones has thrown shade at the 'Love Island boys' as he wished his girlfriend Chyna Mills a happy 24th birthday. The pair...
Read more