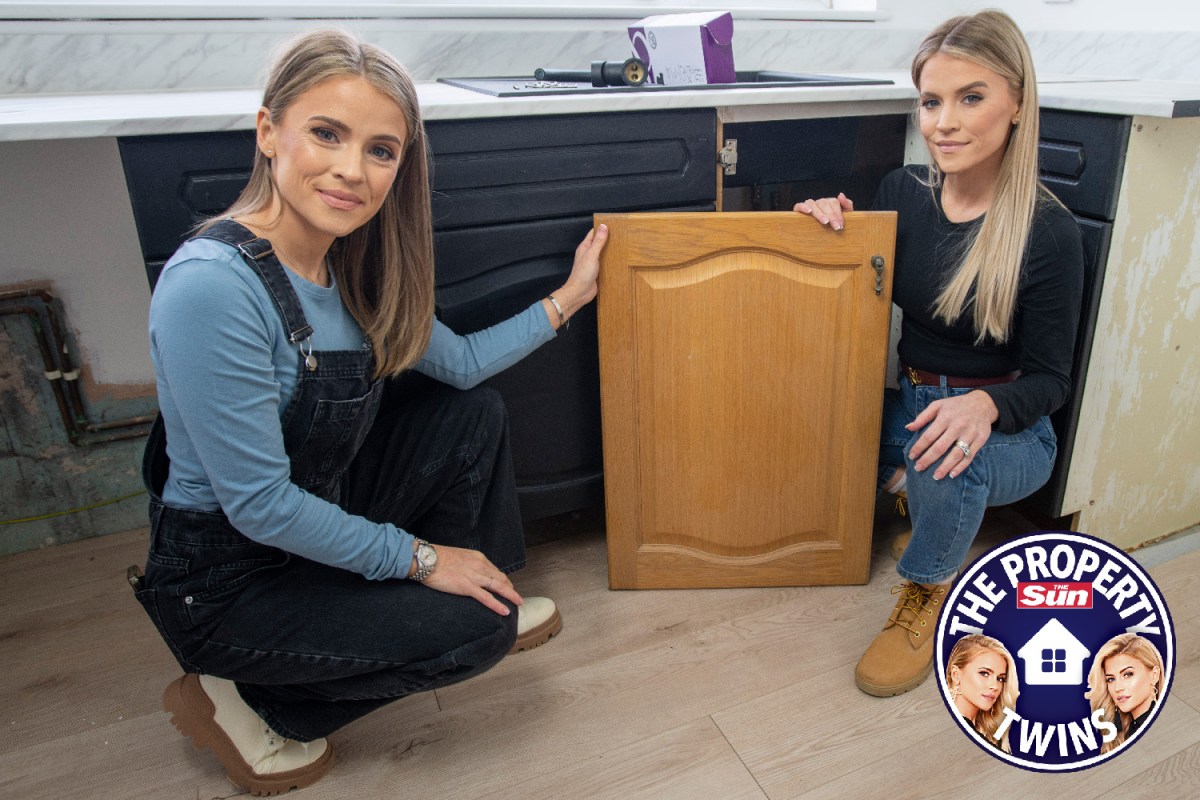 IF you’re looking to sell up and move on, you’ll be wanting to get as much as you can for your home.

But that doesn’t mean you have to spend a fortune doing it up – in some cases, you can give your home a makeover spending just £20, our new property experts Rea Hill and Tonya Barnard say.

The duo run their own estate agency, called Victoria Louise, in Essex, and dish out advice as landlords, investors and property experts on social media, where they are known as the Property Twins.

They’ll be providing their top tips to UK Times as part of a six-part series on how to buy and sell a home.

You don’t have to break the bank to boost the value of your home, they say.

A couple of hundred pounds might seem like a lot of money to put towards towards doing up your place, but it could add up to tens of thousands of pounds onto your property’s price tag.

Here are their top tips for adding value onto your home:

Make sure you’re adding value onto your property right from the get-go.

Don’t wait to do it up last minute – you’ll have missed out on the benefits, and you might rush the job.

Between us, we have decades of experience between us selling, letting and renovating properties up and down the country.

We often see people add as much as £30,000 onto the value of their property simply by doing up the garden and adding in some new furniture at a low cost.

Paint or replace your front door – from £20

First impressions count – which is why if you have a grotty front door, buyers most likely won’t be racing to put in an offer from the get-go.

Replacing it with a new door will look a lot better – a good quality one can cost you several hundred pounds.

Or, if you’re on a tight budget, just a lick of paint could instantly make the house look better.

You can buy tubs from around £20 from DIY stores – but could add on a grand to the asking price.

Rea bought a bungalow recently that she did up and sold on.

She changed the old, bog standard PVC door and put in a brand new grey door with a chrome knocker to instantly give the outside of the house a facelift.

Makeover the kitchen – from £50

It’s usually the hub of the house, where the whole family will sit down for dinner or for a cup of tea and a natter.

It will either be the biggest pro – or the worst con – when it comes to trying to sell your house.

Making a special effort sprucing it up could be the difference between clinching a deal or seeing a potential buyer walk away.

Tonya’s brother and sister-in-law completely transformed their first-home on a tight budget.

For just £50, they bought 10 rolls of grey self-adhesive film from Wilkinson’s and covered all the kitchen cupboard doors and units.

The kitchen went from looking like it belonged in a student house to one that looked really trendy and modern.

They easily added a few thousand pounds onto the value of their home just by doing this.

You might not know that you could boost the value of your home by changing its name.

People want a name for their home rather than a number because it feels more quaint and special.

This could work especially well if you had a property with a bit more character – people will pay a premium in this case.

So if you had a house called 1 Green Street, you could change it to Rose Cottage instead.

We know someone who moved into a house and changed the name of it – it added thousands of pounds onto her home easily and took her just 24 hours to do.

To change the name of your home, you’ll have to apply to your local council.

They will usually charge a fee for doing this – which will vary from authority to authority.

We’ve seen councils usually asking around £100 as a fee for this.

If your furniture is looking a little worse for wear and you can afford to spend money replacing it, it could be worth it in the long run.

We know a couple renovating their property on a budget.

They’ve gone to salvage yards, charity shops and scoured Facebook Marketplace to buy cheap second-hand furniture like sofas, chairs and tables for the house on a budget.

They bought a little bathroom unit that ended up being used as a sink base – it looks like an expensive feature that cost thousands of pounds, but they only spent £100 on it.

Here’s how one homeowner doubled the value of his house in just four years doing the DIY by himself.

Another savvy saver added £100k to the value of their home – here’s how.

You can buy a property for as little as £24,000 if you buy it through auction.