Latest UK NewsThe latest breaking news from the UK
Home Sports Rugby Union What is the 50:22 kick & why are there no 5-metre scrums...
Facebook
Twitter
Pinterest
WhatsApp 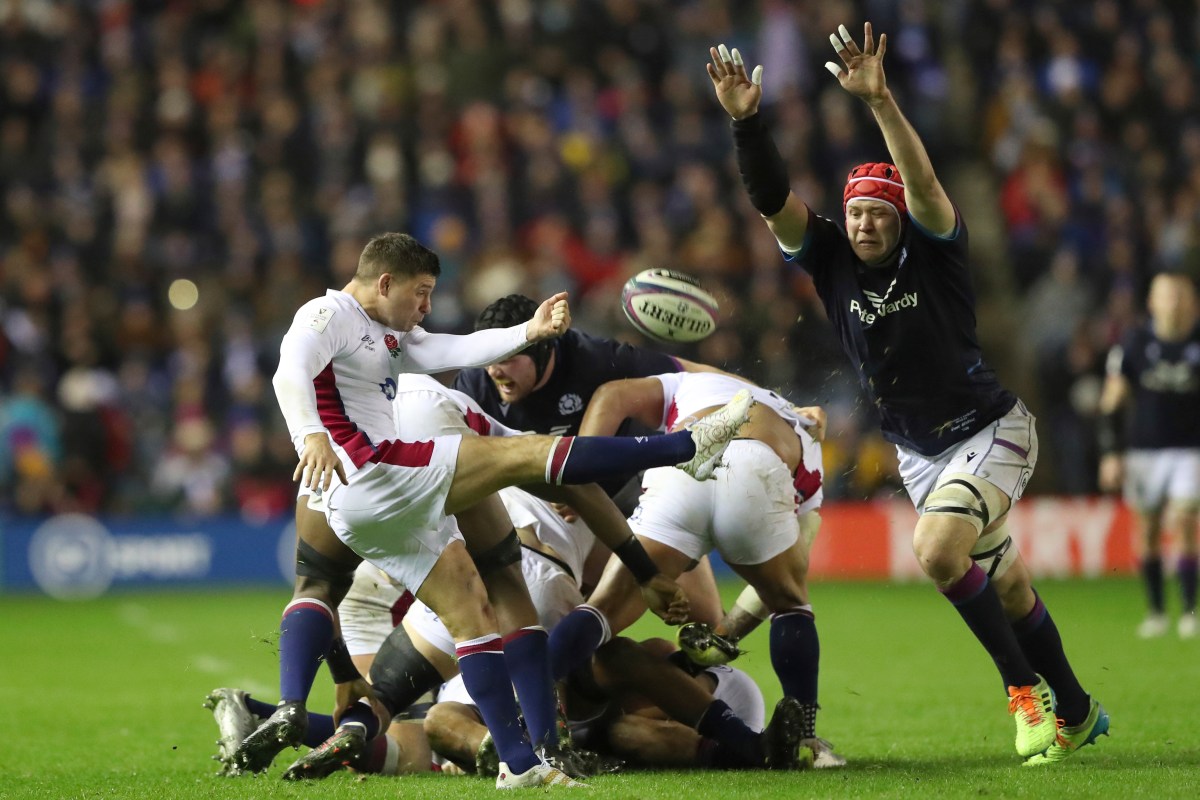 SIX NATIONS rugby is back this weekend with a host of new rules to look out for.

Radical new regulations were introduced by World Rugby in the summer and will be seen in the Six Nations for the first time throughout the 2022 tournament.

The rules, which include a 50:22 kick and no five-metre scrums after the ball is held up over the try-line, were implemented worldwide last year.

It greatly affects the way in which the game is played, especially the 50:22 kick.

England, Scotland, Wales, Ireland, France and Italy will yet again contest for the famous trophy, but with a number of new rules to adhere to from 12 months ago.

This is a big one, and hugely beneficial in an attacking sense.

If a player kicks the ball from inside their own half and it bounces inside the opposition’s 22, the team in possession will throw in from the resulting lineout.

In theory it encourages teams to hold players back to cover the kick, and as a result free up more space to run into.

Why is there no five-metre scrum when the ball is held up?

Play will now restart with a drop kick from the try-line if:

This removes the need for five-metre scrums, and means the ball will both be in play for longer, and also speed up game play.

What is happening on dangerous cleanouts and jackaling?

Jackaling has become more prevalent in the game in recent weeks, and has seen players suffer horrific leg injuries after having the entire bodyweight of a player pinned onto them.

As a result tougher sanctions are being implemented on players who are viewed as targeting or dropping weight on an opponent’s lower limbs.

Therefore the bigger aim is to improve player safety in an attempt to prevent serious injury.

What other new rules are there?

Other sanctions are also being introduced in a bid to help player safety.

Penalties will be imposed on the three-person mini-scrum, where two players latch themselves to the ball-carrier, and therefore use the power of multiple bodies to progress forward.

This means tacklers won’t be faced by the daunting prospect of bringing down three opponents at the same time, and will no doubt improve player welfare.

On a similar note, there is recognition for the potential for a one player pre-latched tactic.

This is when the ball carrier has one team-mate bind to them before taking contact.

Nothing will change as such on this one, but greater attention will be paid to it to ensure it is carried out legally.

In particular the player binding themselves to the ball carrier ensuring they remain on their feet at all times.

The result of this will be cleaner rucks with more players standing on their feet, as opposed to the mess often seen at the breakdown with players all over the shop.