Latest UK NewsThe latest breaking news from the UK
Home Health What is the UK’s average penis size, where in the world do...
Facebook
Twitter
Pinterest
WhatsApp 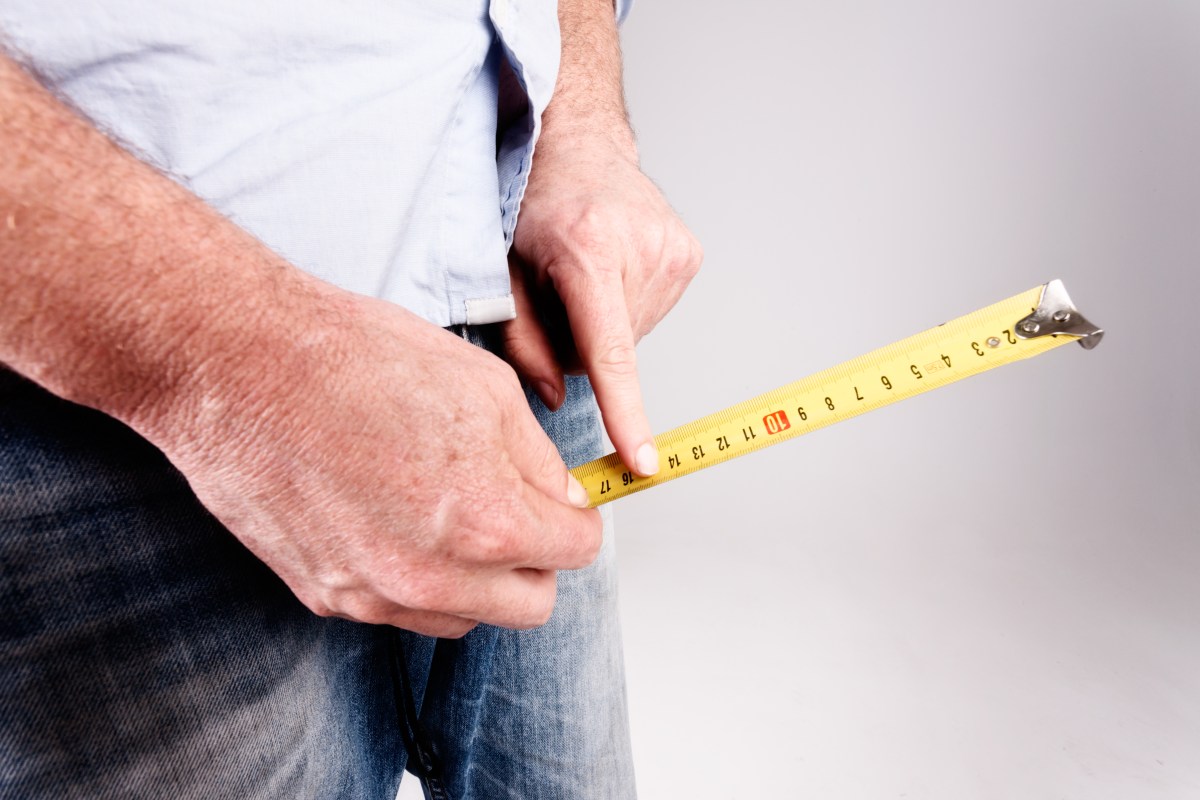 But when it comes to your manhood, you may at least want to know whether it’s about average, right? Let’s find out a bit more…

What is the UK’s average penis size?

Britain’s average erect schlong is from 3.5-5.8 inches, According to Target Map,

This may be because they asked 1,000 blokes to reveal their own size back in 2020 (which could have led to a few extra inches being added).

They found the average penis length in the UK is 6.36 inches.

Men with the largest members live in Wales, according to the survey, with the average size in that region measuring 6.56 inches.

At the bottom of the table with the smallest penises in the UK was the East Midlands, which came in with an average of 6.11 inches.

Where in the world do men have the largest erect penises?

Target Map created the colour-coded interactive graphic which shows the different sizes of men’s manhood, depending on where they’re from.

Taking first place, the African countries highlighted in red have the largest members while erect.

Western African countries like Ghana, the Congo and Gabon grab the top spot, with their averages in excess of 16cms.

This means men from Australia, Italy, Norway, Mexico and South Africa are also on the well-endowed end of the size spectrum.

Lovers from these specifically countries go up to an average of 5.8-6.3 inches when feeling in the mood.

Where in the world do men have the smallest erect penises?

While the diagram shows that African men have the world’s largest penises, Asian guys got the short end of the stick with the smallest size on average.

Asian countries like India, Thailand and South Korea don’t measure up as well and are situated at the bottom of the charts.

Averaged size penises in this part of the world vary between 3.6 to 4.1 inches.

How do you measure a penis?

The NHS offers advice on how to measure a penis.

They say that first, to see your penis as other people would, look at yourself undressed in front of a full-length mirror.

The penis looks longer and larger than when observed from above.

According to the health service, there is little point in getting out a ruler or tape measure when the penis is limp.

This is because a flaccid penis can vary a lot, for example, depending on how cold the room is.

To get a precise measurement, do it when you have an erection.

It is standard to measure the penis on the top side, from the base to the tip.

Who has the biggest penis in the world?

Roberto Esquivel Cabrera, from Saltillo, Mexico, has the biggest penis in the world.

Measuring in at 18.9 inches, Roberto actually has the biggest penis in the world.

He hit the headlines in 2015 after a video of him measuring his manhood went viral.

The half-metre member is the source of much pride for Roberto despite the medical issues it has caused him.

He is now registered as disabled because of his huge penis.