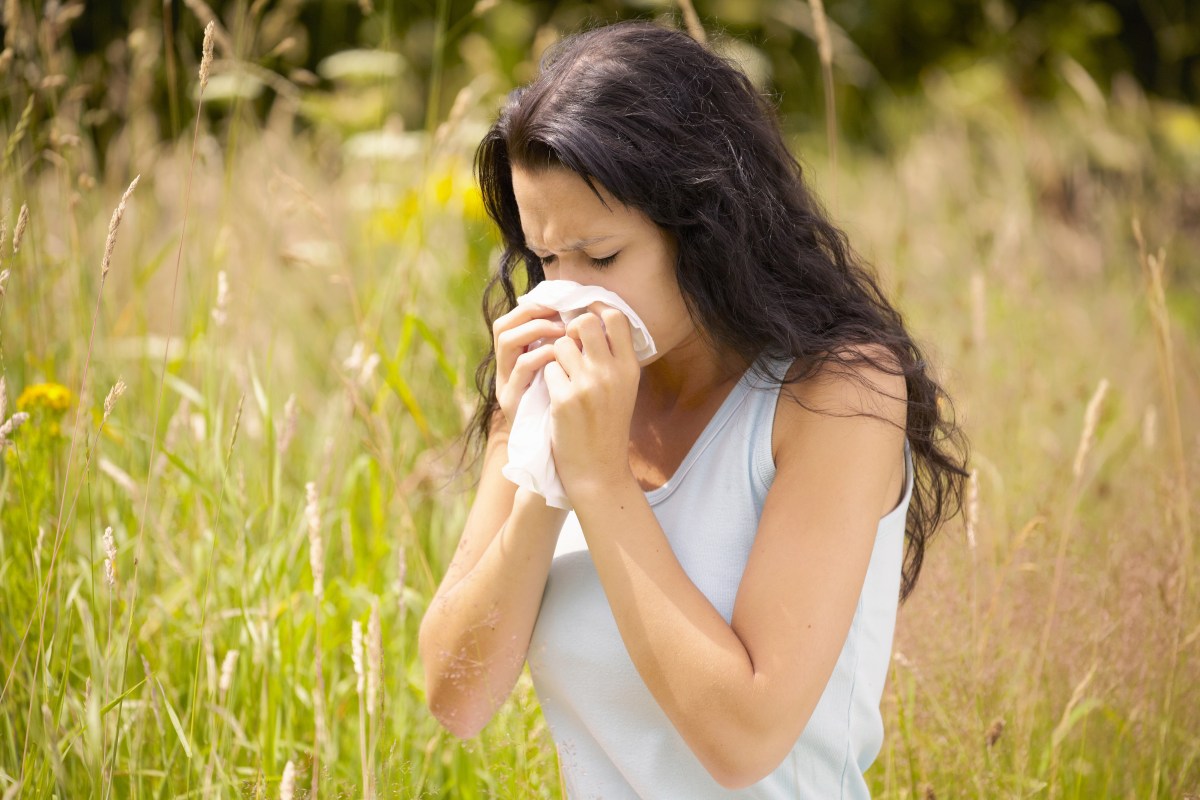 HAY fever season starts a lot earlier than you might think – running from late March to the end of summer.

It depends what kind of pollen you are allergic to as to when you’ll start suffering however, so you won’t feel rubbish for six whole months…

What is hay fever?

Hay fever is an allergic reaction to pollen, which can be released from a number of natural sources including trees or grass.

Symptoms normally occur when the pollen count is above 50.

Weather and biological factors can have an effect, but when it is warmer like it has been the last two weeks, allergies are typically stronger.

There is currently no cure for the condition, but many people are able to ease or control their symptoms with treatment.

You are typically more likely to get hay fever if it runs in your family, or if your family has a history of asthma or eczema.

Thankfully many people find their symptoms improve with age and can disappear completely in some cases.

You can check the pollen forecast for your area here.

When is hay fever season in the UK?

The NHS says hay fever is at its peak between late March and early September.

Tree pollen is the first to kick things off for sufferers, beginning in March.

Grass pollen season then starts from mid-May until July.

Another pesky customer is weed pollen, which can be released at any time but typically is from the end of June to September.

Optimum conditions for hay fever are when it is warm, humid and windy.

This usually happens when rain is followed by warmer weather.

Dr Jean Emberlin, of Allergy UK said: “The worst case scenario for hay fever sufferers is when you have rain occasionally, which keeps the grass going, and then days in between with warm weather which disperses the pollen.

“But if you have a very hot, dry summer the grass stops growing.”

What is pollen count and when are the peak seasons?

Pollen is a fine powder released by plants as part of their pollination cycle.

The spores then travel in the air for the plants to be grown elsewhere when the pollen lands.

But it contains a protein that can cause the nose, eyes, throat and sinuses to become swollen and irritated if a person is allergic to it.

This gets more intense if the pollen count is high, meaning lots of plants have released spores all at once.

The pollen count is calculated by measuring the number of pollen grains in a cubic metre of air, using a pollen trap.

Pollen counts tend to be higher in early morning and late evening, although they can sometimes be high all day long.

The threshold for ‘high’ pollen count depends on the type of pollen, but usually hay fever symptoms begin when the pollen count is 50 grains per cubic metre of air.

According to the Met Office, the pollen season can be separated into three sections, starting in March:

Pollen consultant, Dr Beverley Adams-Groom on behalf of Clarityn said that the worst regions for grass pollen are the West Midlands, North-west England and South-central England.

Dr Beverley said: “However, all areas are affected by grass pollen to some extent. Scotland is the mildest region but still receives an average of 11 high days per season.

“Some hay fever sufferers in London can be badly affected by the plane tree pollen season, which has an average of 12 high days.

“Plane trees are planted on many of London’s streets and in parks and gardens.”

If you’re struggling with your allergies there are things you can do about it and there are a variety of remedies available to help you through.

As the summer sun continues to shine – here are some of the top allergy remedies that should make your time outside easier.

1. Go to your pharmacist – they can help with the right treatment for you

2. Wear sunglasses – this stops pollen getting in

3. Take a shower – this stops pollen sticking to you

4. Use a balm – this creates a pollen block

5. Have a pollen-free space

6. Enjoy coastal areas – try and stick to places that are less grassy

How can you prevent hay fever?

Symptoms can be alleviated by wearing wraparound sunglasses outdoors to prevent pollen from getting in your eyes.

The NHS also recommends showering after being outside to remove any pollen from your body and changing clothes, or try to avoid natural areas when the pollen count is high.

Other tips include putting Vaseline around your nose to trap pollen and avoid hanging clothes out to dry.

And for those whose hay fever triggers asthma there’s an alluring way you can reduce your symptoms – by simply swapping your pint of beer for a gin and tonic.