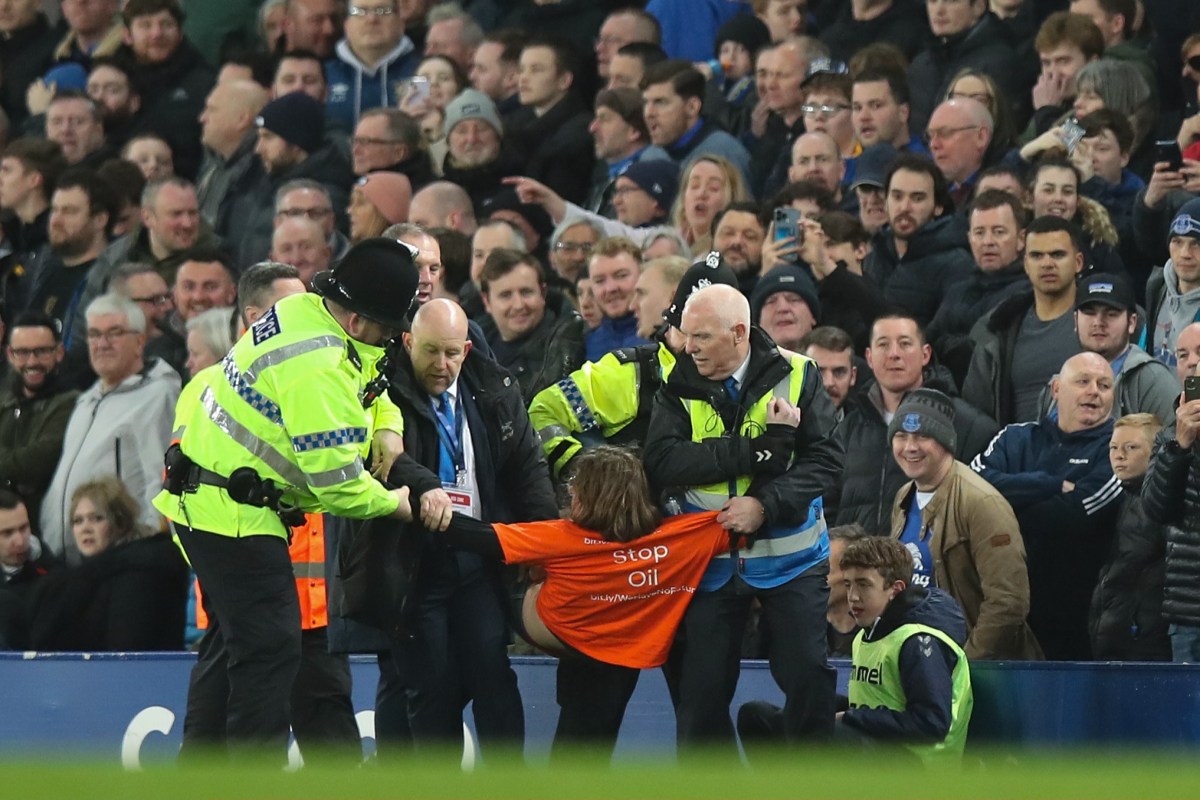 EVERTON saw their match against Newcastle interrupted as an eco protester tied himself to the goalpost.

A group called Just Stop Oil then claimed responsibility for the incident.

Who are Just Stop Oil?

Just Stop Oil are a group protesting the expansion of oil fields in the North Sea.

Following the protest at Everton, they tweeted: “Our government is betraying us by funding new oil fields in the North Sea.

“And it means suffering now for the poorest and most marginalised in all regions.”

What happened at Everton vs Newcastle?

During Everton’s game against Newcastle at Goodison Park, a man ran onto the pitch and chained himself to the goalpost by his neck.

This left stewards needing boltcutters before being able to escort him off the pitch.

And before they could get him away, an Everton fan invaded the pitch and grabbed him.

Just Stop Oil then revealed on Twitter that the protester was a 21-year-old called Louis.

They wrote: “This evening, Louis, a 21 year-old supporter of Just Stop Oil, locked on to the goalpost at Goodison Park wearing a Just Stop Oil t-shirt, causing the referee to briefly stop play.

“When explaining why he has chosen this action, Louis said: “It’s 2022 and it’s time to look up, time to step up and not stand by. It’s time to act like it’s an emergency.

Another protester from the group unsuccessfully attempted a similar action during Arsenal’s 2-0 defeat to Liverpool the previous day.