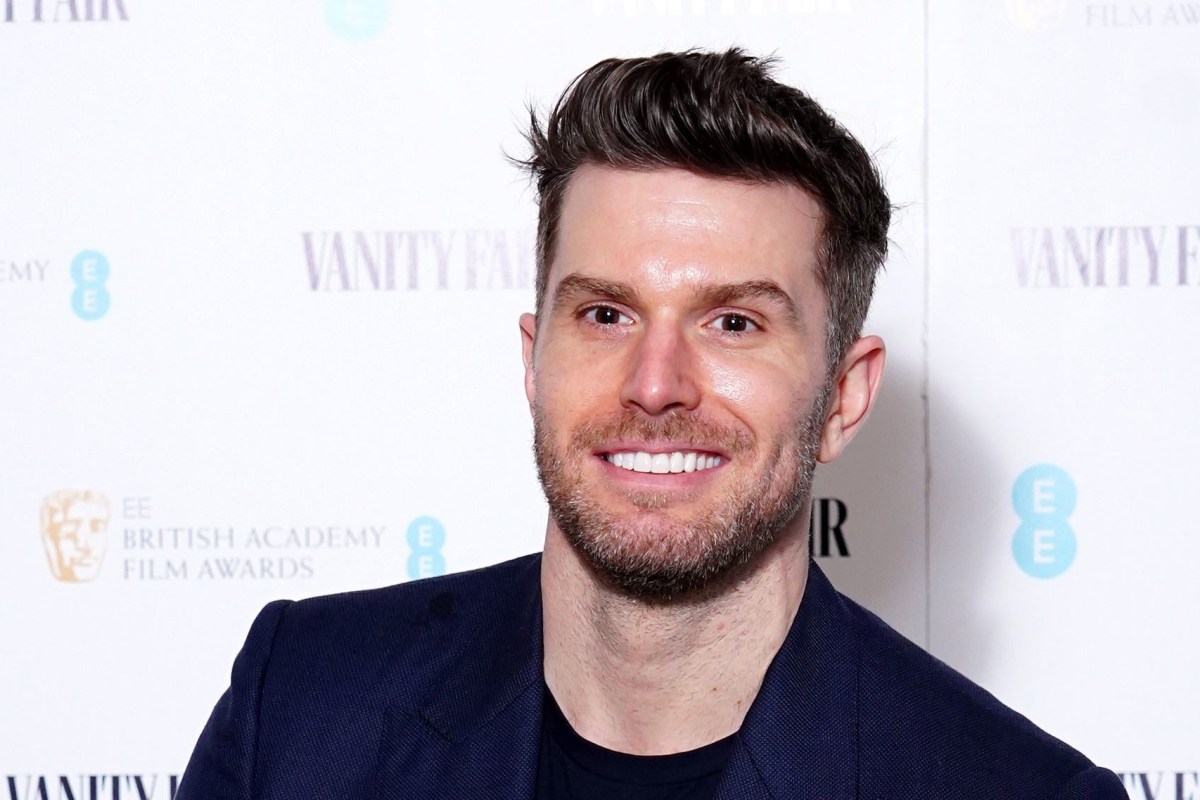 COMEDIAN Joel Dommett has seen his stardom soar since he appeared on I’m A Celebrity back in 2016.

Now as one of the host for The Masked Singer UK, Joel has become one of the most popular presenters on our TV screens today.

Who is Joel Dommett?

He was born in Rockhampton, Gloucestershire, on June 8, 1985.

Joel first found fame on-screen in 2010 after appearing as D.C. Sweeney in the hit E4 show Skins, but he was already a touring comedian at the time.

He has devoted most of his life to comedy and performed his first gig at 19.

Joel is very active on social media, keeping his fans updated with his showbiz life.

Head over to Twitter and his handle is @joeldommett.

Joel found love with stunning model Hannah Cooper after she drunkenly slid into his DMs in 2016 with nothing more than an emoji.

What is Joel Dommett’s net worth?

Internet reports suggest Joel is worth £2.4million, although this is just speculation at this stage of his career.

But Joel is expected to be earning much more today as he’s become one of British TV’s most popular stars.

What TV shows has Joel Dommett appeared on?

Joel appeared in BBC Two series Popatron and in 2011 he hosted Live in Chelsea, a discussion show revolving around Made in Chelsea.

The comedian also appeared in Impractical Jokers UK from 2013 to 2014 before becoming a panellist on Sky 1’s Bring the Noise in 2015.

In March 2019 he took part in All Star Musicals which saw him belting out show tunes before a panel of judges.

The funnyman has hosted The Masked Singer since 2020 and is now hosting it’s spin-off – The Masked Dancer.

In 2021 he was the host of the 26th National Television Awards.

What was sex tape scam Joel Dommett was involved in?

Joel was among a string of public figures to have had an intimate video of himself splashed across the net.

The footage, recorded during a Skype call, saw Joel engaged in a solo sex act in his own home.

UK Times revealed that a host of celebrities, including a Hollywood actor, have fallen victim to the scam, known as ‘catfishing’.

But in December 2016, when his fame rocketed on I’m A Celebrity, the video went viral, leaving him mortified.

The woman Joel believed he was interacting with was, in fact, a pre-recorded video.

He addressed the episode in a characteristically light hearted manner with a ‘letter from his penis’.

The statement, released on his Facebook page, explained: “Joel was Catfished a long time ago by somebody pretending to be someone else on the internet and was lured into Skype sex.

“That Skype sex session turned out to be entirely fake and has come back to bite Joel in the ass (Joel’s Ass is a good friend of mine and also features in the video).

“It’s a genuinely horrific thing for another human being to do, to take advantage of what is private of someone’s life and make it public for everyone to see.”