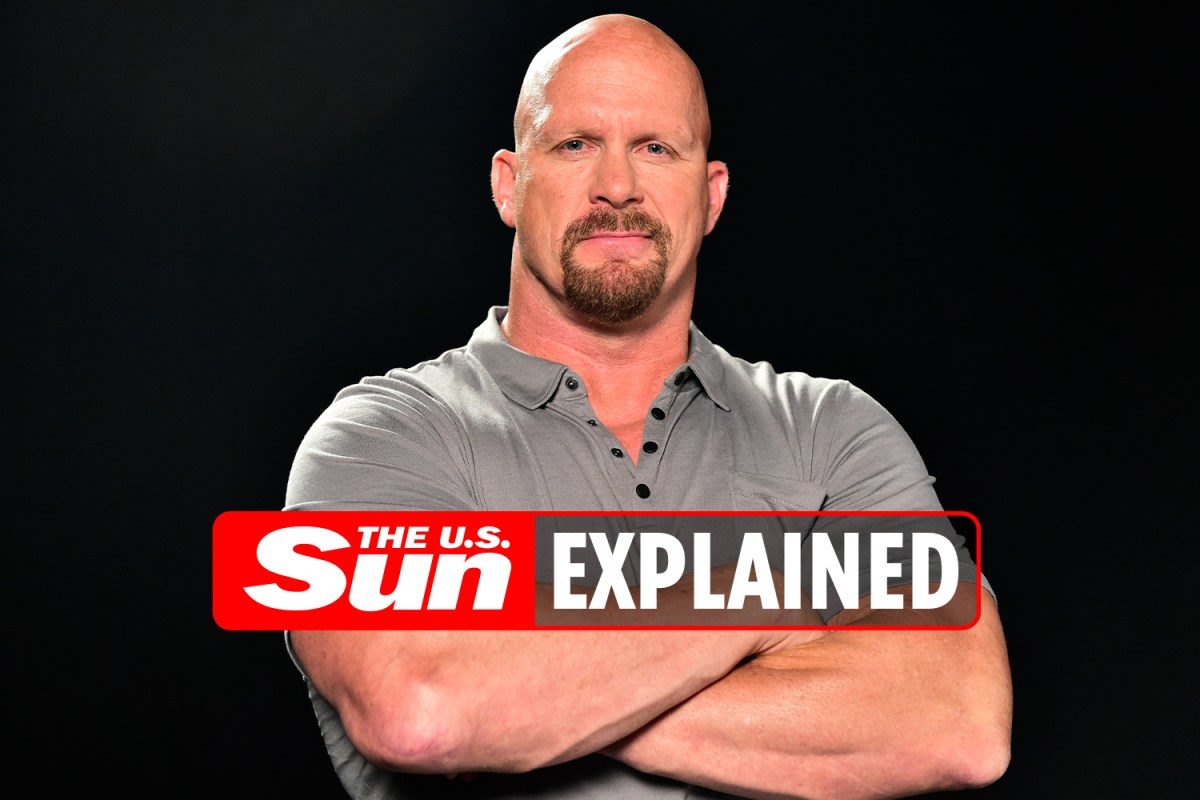 WRESTLER, Steve Austin, is not only known as ‘Stone Cold.’

Steve Austin, 57, famously known as ‘Stone Cold’ in the ring, branded the catchphrase ‘Austin 3:16’ during the 1996 King of the Ring tournament.

After he won the event’s final against Jake “the Snake” Roberts at the MECCA Arena in Milwaukee, Wisconsin, Austin made a reference to the Bible’s verse, John 3:16:

“You sit there and you thump your Bible, and you say your prayers, and it didn’t get you anywhere! Talk about your Psalms, talk about John 3:16… Austin 3:16 says I just whipped your ass!” announced Austin during his coronation speech.

Austin later claimed his 3:16 reference meant no disrespect to religion but was meant to insult Roberts and his priest gimmick during the time.

His speech, however, ended up generating one of the most popular catchphrases in WWE history.

T-shirts were sold with the ‘Austin 3:16’ logo in white text with the reverse showcasing the iconic ‘Stone Cold’ skull.

Is Steve Austin coming out of retirement?

On Tuesday, March 8, 2022, WWE took to Twitter to announce Steve Austin’s return to the ring.

Attached to the tweet was a video from Stone Cold himself, addressing his comeback 19 years later.

“Stone Cold Steve Austin is gonna open up one last can of whoop-a**,” he said in the clip.

He joined the WWE in 1995, naming himself Stone Cold, and retired eight years later in 2003.

What is Steve Austin’s net worth?

According to Celebrity Net Worth, Austin has an estimated net worth of around $30million.

Throughout the early 2000s, Austin appeared on Celebrity Deathmatch and Nash Bridges.

He made his film debut in 2005 with The Longest Yard.

Austin’s gone on to star in over ten movies, appearing on various television shows as well.