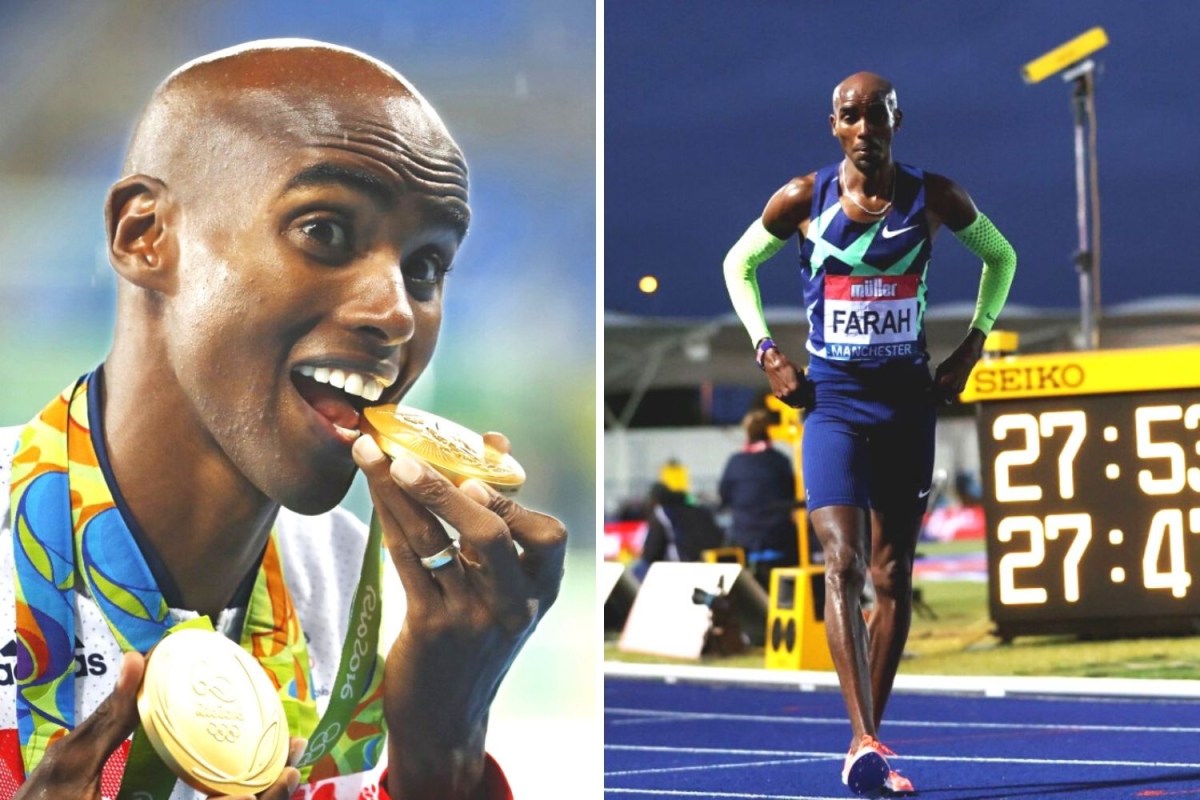 SIR MO FARAH, a four-time Olympic gold medallist, will NOT be competing at the London Marathon this autumn.

Nearly a decade on from his heroics at London 2012, Sir Mo is still regarded as one of Britain’s greatest ever athletes.

Hero Farah, 38, is the most successful track and field Olympian in British history.

Why isn’t Mo Farah competing in the London Marathon?

Mo wasn’t running at this summer’s Olympics having failed to make a qualifying time at an invitational 10,000-metre race at the British Athletics trials in Manchester.

Farah has spent the last three years focusing on marathon running but turned his attention back to the 10,000m earlier this year.

It was not enough though as he fell 19sec short of the qualifying time.

He said: “I don’t know what to think or what’s next. If I can’t compete with the best why bother?

“There’s no excuse in terms of conditions – it is what it is. I genuinely thought I’d come out here, get the time and then go back to the training camp.

“I’ve had an amazing career. Thinking about it tonight it’s a bit shocking and I don’t really know what to say.

“I’m lucky enough to have so many medals. I’m one of these athletes who, if you can’t compete with the best, why bother?”

Farah will not be at the London Marathon in October due to a stress fracture in his foot – but has not ruled out competing next year.