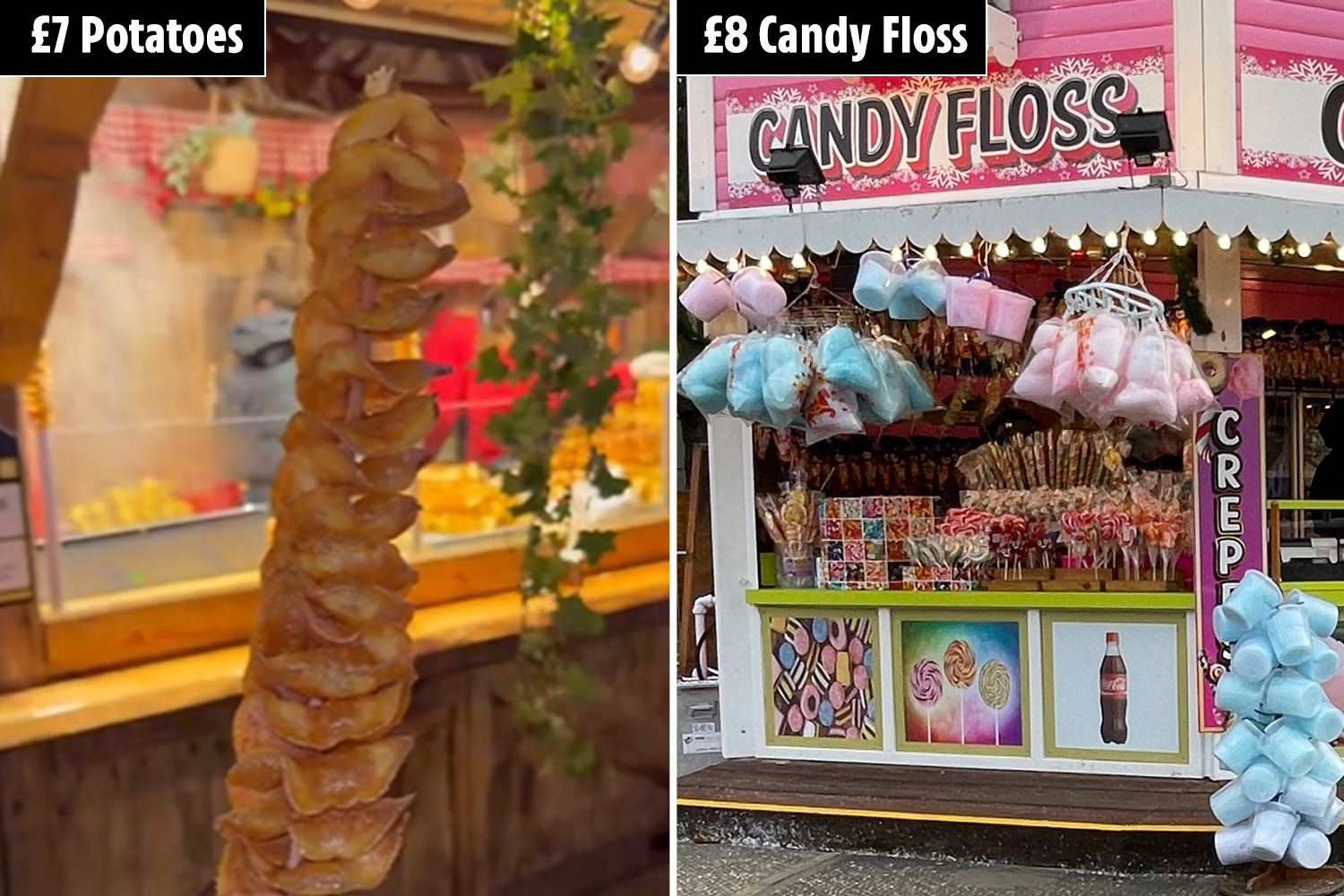 WINTER Wonderland has been slammed for its high prices after charging £8 for candy floss and £7 for a potato.

The huge Christmas event is up and running at Hyde Park – but some have branded it a rip-off.

Many customers were left not wanting to return after price hikes saw hot dogs costing an eye-watering £10.50 and fish and chips on sale for £14.

What was once known as a reasonably-priced family fun day out could now cost parents around £40 to eat before you even have a drink or go on the rides.

Amid the cost of living crisis many have dubbed it “expensive and overpriced”.

UK Times Online visited the market where two small bags of pick ‘n’ mix cost nearly £20, candy floss was £8 and a potato on a stick was £7.

One person took to Facebook and fumed: “I would say it’s a complete rip off, so expensive and overpriced.”

Another person added: “It’s a big fun fair, everything is overpriced, and it’s not even comparable to a good Christmas market.”

Another parent was quick to join in adding: “[The] kids will have fun. Expensive yes, overpriced sure but do a few rides then leave and eat before you go that helps.”

Meanwhile someone else simply said: “It’s a rip off.”

One woman named Winnie was tucking into a hot dog covered in onions and sauce in the Bavarian Village.

“It’s a special [and] it’s delicious but a little bit too expensive.”

Winnie added she wasn’t happy to pay that price but at an event like Winter Wonderland “you don’t really have a choice”.

However, with the price of cheesy chips starting from £6, some thought the prices were reasonable.

Rachel and her husband, from Singapore, were visiting on their honeymoon.

She told UK Times Online: “We actually haven’t bought any food yet [but] I think the prices are pretty normal for an event like this so I’m not really surprised.

“There are other Christmas markets in London [and] I think their prices are pretty similar.”

Tickets to the market start off free but depending on your time of entry prices go up to £7.

Santa’s Grotto is also free but if you want to buy the pictures you’ll be charged £10.

It’s not the only Christmas market charging high prices.

One mum from Wales has slammed their Winter Wonderland after spending £47 on two bags of sweets.

UK Times Online has contacted Winter Wonderland for a comment.