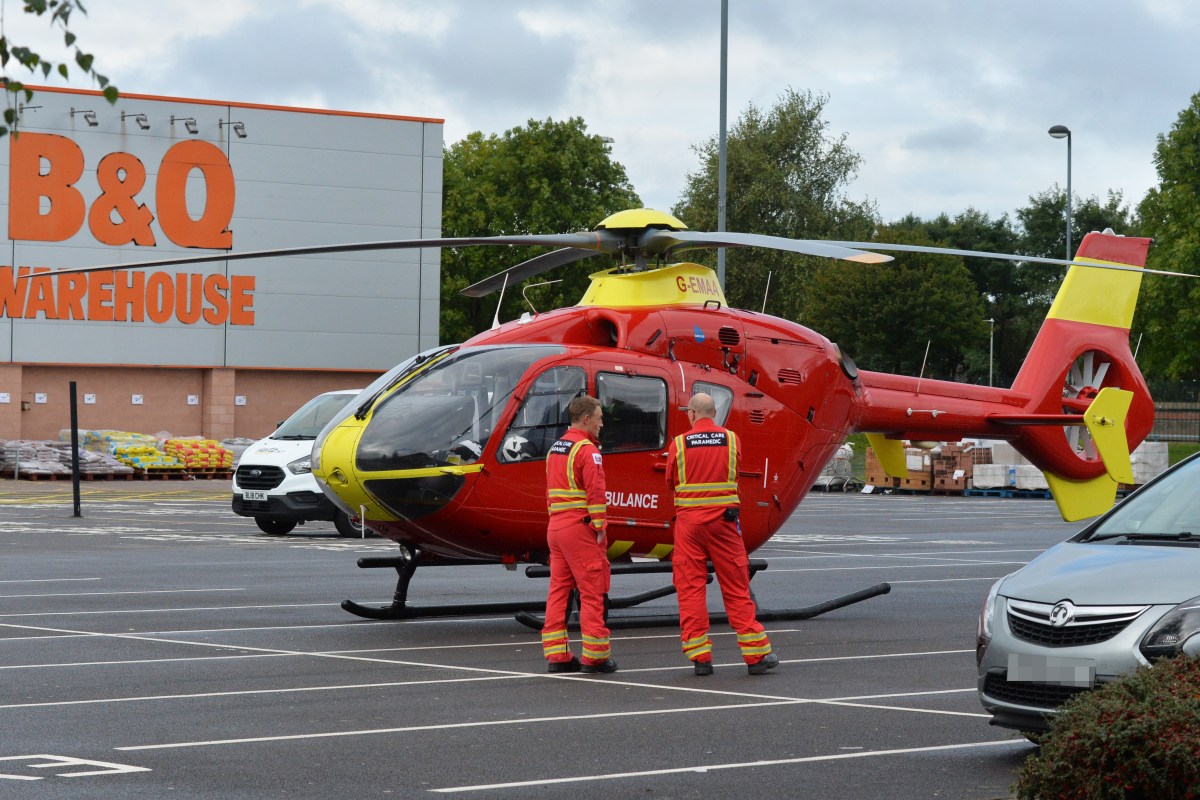 A WOMAN died after being hit by a car in a B&Q car park.

The 67-year-old woman was outside the hardware store in Meir Park, Stoke-on-Trent, yesterday when she was hit.

Emergency services were called to the scene just after 2.45pm on Tuesday, finding two pedestrians injured.

The elderly woman, from Leek, was rushed to hospital but tragically died.

Staffordshire Police have now launched an investigation into the crash.

They said: “A woman has died following a road traffic collision on the car park of B&Q in Meir Park, Stoke-on-Trent.

“At just after 2.45pm yesterday (Tuesday 1 October) police were called to reports of a collision between a blue Ford Focus and two pedestrians.

“Emergency services attended and one of the pedestrians, a 67-year-old woman from Leek, sadly died on arrival at the Royal Stoke University Hospital.

Officers from the Staffordshire and West Midlands Serious Collision Investigation Unit are appealing for witnesses or anyone with relevant dash cam footage to contact 101.

You can also email [email protected], quoting incident 422 of 1 October.