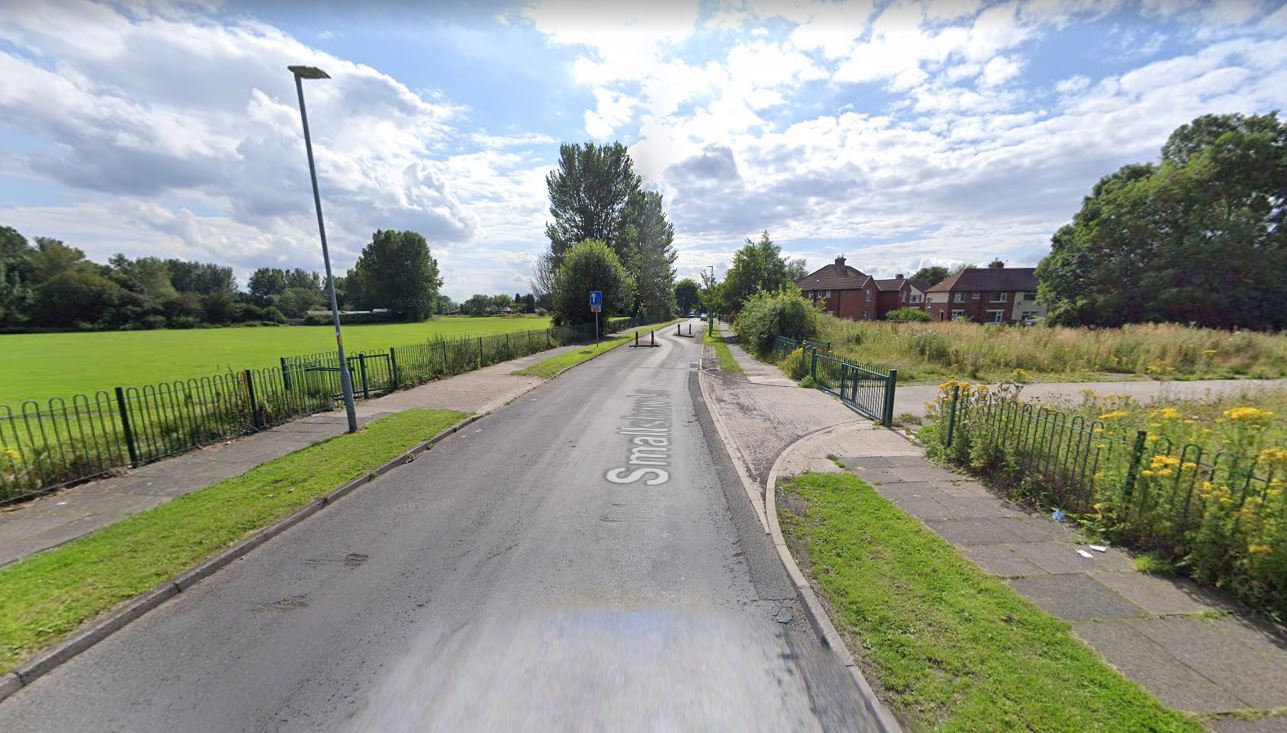 COPS have launched a manhunt after a woman in her 60s was sexually assaulted while walking her dog.

Police are looking for a “slender” man in his 20s after the incident in Tameside last week.

Detectives also want to speak to 13 people seen on CCTV near to the scene where she was assaulted.

They says the victim reported being approached by a man in his 20s, who was of slender build and around 5ft 11ins tall.

She was reportedly sexually assaulted while walking her dog in the field near Smallshaw Lane, in Ashton-under-Lyne.

Greater Manchester Police is today renewing its appeal for any witnesses to come forward.

Door-to-door enquiries have been carried out in the area following the incident, which took place at around 4.30pm on January 2, with at least 100 households spoken to by officers.

The offender has been described as wearing all dark clothing at the time of the attack, with a hood over his head and a dark-coloured snood covering his nose and mouth, which only provided a partial view of his face.

GMP has doorbell and CCTV footage from the time of the incident, but is now asking anyone who was driving or walking in the area to come forward and ‘be ruled out of enquiries’.

DS Ian Parker, of Tameside District CID, said: “Firstly, I would like to thank the victim and the bravery she is showing in supporting our investigation and search for this abhorrent individual. We are extremely grateful to everyone in the area who have helped us so far.

“However, we just need some assistance from the people we have yet to identify. We are therefore hoping to trace approximately 13 people in the area, who have been caught on CCTV footage from Vicarage Crescent, which is just off Rowley Street – where Ashton United Football Club is located.

GMP says the woman is currently being supported by specialist officers while all resources are being employed to locate the offender.