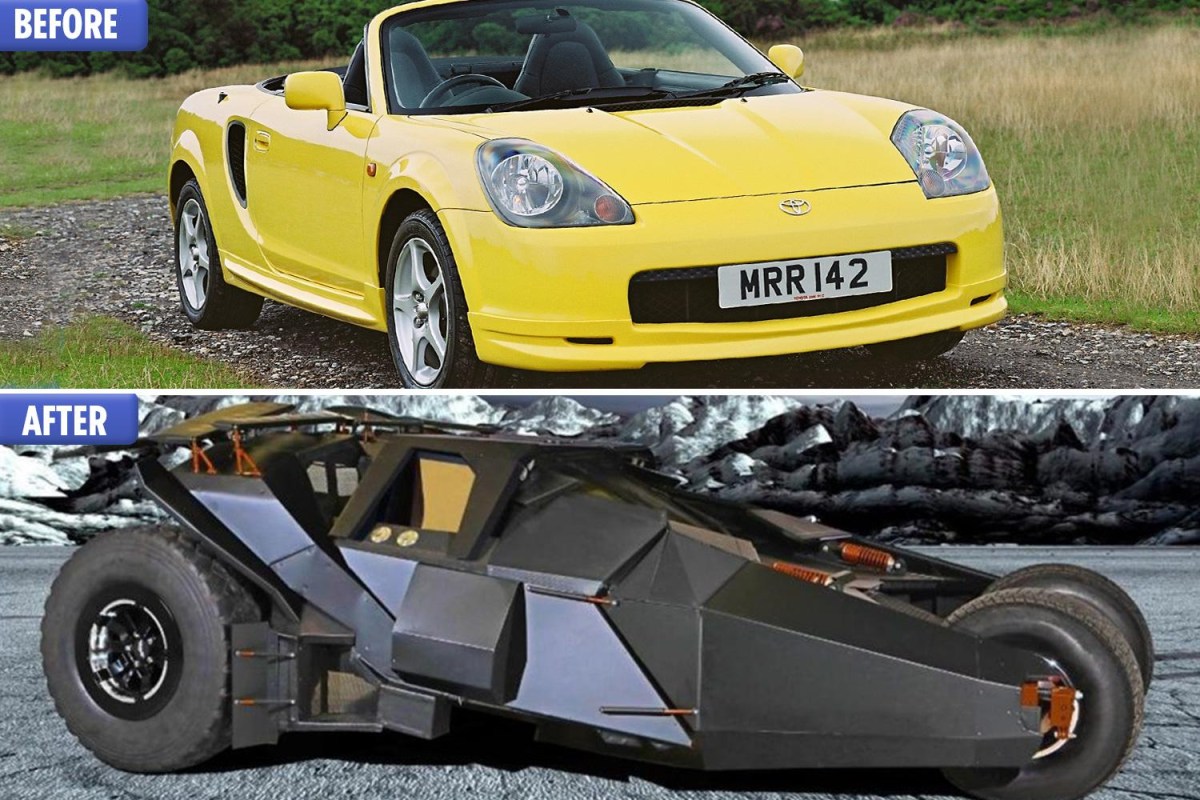 AN IMPRESSIVE recreation of the Batmobile used in the Dark Knight trilogy has emerged for sale for a staggering £120,000.

But even more astonishing is how the vehicle started life – as a standard Toyota MR2 sports car.

The incredibly accurate replica was built around the chassis of the 2002 Toyota, taking over a year to transform.

It’s now almost identical to the famous vehicle used in the movies – and even comes with its own flame thrower.

It’s powered by a two-litre racing engine, producing around 400bhp and is wrapped in carbon fibre to keep it looking as realistic as possible.

But despite being fitted with headlights, indicators and reversing cameras, it’s unsurprisingly not road legal.

The cabin has been described as having a “desirable batcave feel” and “enough buttons and lights to satisfy your inner geek”.

It also has racing seats and a custom Batman steering wheel.

Due to the poor visibility from the driver’s seat, there are cameras mounted on the front to give a clearer view of the road.

The project was commissioned by specialist car hire company Character Cars, who have used it for shows and displays since it was completed.

The motor is now set to go under the hammer with auctioneers Historics of Iver Bucks, with expectations it will fetch around £120,000.

Mark Perkins, of Historics, said: “We drove it around an industrial estate the other day and you should see the reaction it gets.

“It’s being sold by Character Cars because they’ve done what they needed with it and think it’s time to move it on.

“I don’t think there’ll be any shortage of takers because there will always be a home for quirky lots like this.

“We’ve sold a few movie-type cars in the past and we’re always keen to take them on.

“Even if someone doesn’t buy them, they have the ability to draw crowds and help a sale as they’re so striking.”

The sale takes place on March 2 at Ascot Racecourse in Berkshire.